It was a milestone.  A seemingly legitimate vote included two well-known dissidents. It was just a local election, but it was the first time non-communist party candidates were on the ballot.

Raul and Fidel both voted.

They have both conceded defeat. But still, it was a milestone. 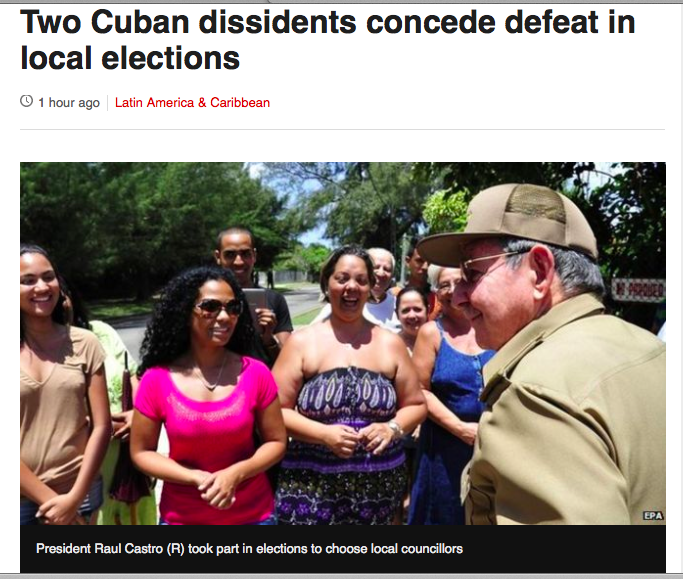