"OMAHA, NEB. — The smell of Cuban coffee drifts from the kitchen as Carolyn Chester digs through faded photos that fill boxes spread across the dining table.

Men in suits and women in evening gowns at a Havana nightclub.

And in almost every frame, an American man with a salt-and-pepper mustache and a raven-haired woman — Chester's parents — smiling at good fortune that, they could not know, would soon be snatched away.

"I always heard about Cuba ... and all this money that we lost and 'Maybe one day,' but I didn't understand it," Chester says.

Six decades later, that day may finally be nearing for Chester and others like her. To reach it, though, diplomacy will have to settle very old scores.

After Fidel Castro seized power in 1959, Cuba confiscated property belonging to thousands of American citizens and companies. Edmund and Enna Chester lost an 80-acre farm, thousands of dollars' worth of stock, and a Buick that, who knows, may still be plying Havana's streets.

In 1996, Congress passed a law insisting Cuba pay for confiscated property, valued today at $7 billion, before lifting the U.S. embargo.

That went unmentioned in President Barack Obama's December announcement that the countries would resume diplomatic ties. Given Cuba's frail economy, experts say companies whose property was taken might settle for rights to do business there and move on.

But corporations don't cling to memories like families can. That's clear inside Chester's 832-square-foot bungalow, where her mother's gold-framed portrait watches over the yellowing property deed and worthless stock certificates — reminders that Cuba before Castro is history.

But bitterness over what came after lingers on.
---
Inside a little-known federal agency, 5,900 claims files tally property that once belonged to Americans in Cuba.

But really, the claims are stories of lives left behind.

Edmund Chester's story began when he returned to Louisville, Kentucky, from the Army and found work as a newspaper reporter. He taught himself Spanish and in 1929 was hired by The Associated Press, which dispatched him to Havana.

The first came after covering a 1933 revolt that put a former sergeant, Fulgencio Batista, in charge of Cuba's military. In the 1950s, when Batista was Cuba's dictator, he trusted Chester — by then a confidante and no longer a journalist — to write his biography.

The second began when Chester covered a 1939 earthquake in Chile and spotted Enna at a hotel swimming pool.

In 1940, CBS hired Chester as chief of radio broadcasting for Latin America. Eventually, he became the network's director of news in New York. 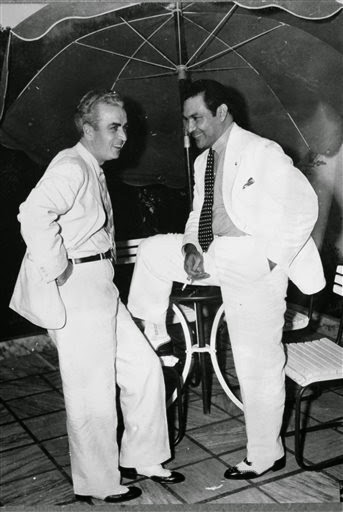 Chester returned to Cuba in 1952, buying a chain of radio stations on an island that was a U.S. economic outpost and a hedonistic getaway for Americans, including celebrities like Frank Sinatra.


Chester eventually sold the stations, but the family continued splitting time between Havana and Florida. He opened a public relations agency in Cuba and bought an 80-acre farm there. In 1957, the Chesters acquired $250,000 worth of Cuban Telephone Co shares.

"I agree that we ought to make (a) complete break with Cuba at the earliest possible moment," he wrote Enna in 1958.

He rejoined the family in Florida before Christmas. Batista fled days later, and Castro seized control.

When the Soviet Union began shipping oil to Cuba, the U.S. ordered island refineries, most American-owned, not to process its archrival's crude. 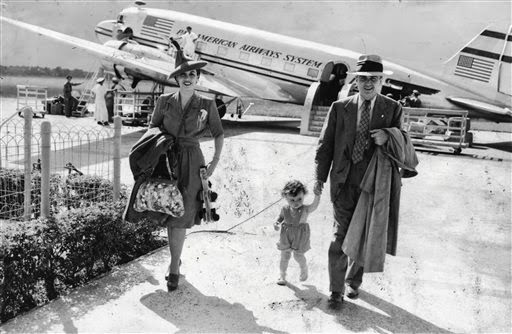 Cuba seized the refineries. The U.S. eliminated price protection for Cuban sugar, which earned 90 percent of the island's hard currency. By the time President John F. Kennedy imposed the embargo in 1962, Cuba had confiscated scores of properties.

Marooned, Edmund Chester wrote that his nest egg had been "whipped into a batch of Cuban scrambled eggs by the tyranny of Fidel Castro."
--
The federal Foreign Claims Settlement Commission fielded thousands of claims for confiscated Cuban property. The largest came from corporations, led by U.S.-owned Cuban Electric Company, for power plants valued at $268 million. But most came from individuals and families.
Experts differ on what to make of the American claims, protected by international law.

"You're now dealing in the realm of memory more than anything else," says Robert Muse, an attorney representing companies with claims.

"Many of them never recovered financially," Tamargo says.

Edmund Chester, in his early 60s with three young children, put his remaining savings into chicken farms that were "a financial disaster," son Edmund Jr. says.

Stress weighed on the elder Chester, whose mental faculties were fading. He feared Castro's men were coming to kill him. At night, he awoke screaming.

Before dying in 1975, he invested hopes in winning compensation for property seizures that were "so sudden, so violent, and so complete."

Enna Chester's death in 2001 left her daughter with old home movies, dense paperwork and debts.
After moving to Omaha in 2006, Carolyn Chester got a job at Creighton University and showed co-workers her Cuba photos.

One day, a colleague mentioned that law school professors were researching claims for confiscated Cuban property. Hadn't Castro taken the Chesters' property, too?

In 2005 U.S. officials commissioned a study of the claims and strategies for settling them. A group at Creighton won the job.

Professors pored over old claims. Two flew to Cuba, searching for the properties. Some were moldering, others gone.

"These are people's lives, the things that they lost," political science professor Rick Witmer says.
But Cuba doesn't have the money to pay claims in full, law professor Michael Kelly says.

In 2007, Creighton professors cautioned claims might net just 3 or 4 cents on the dollar.

Claimants had long been told losses would be adjusted for inflation. When an investor offered to buy Chester's claim for a fraction of its original $489,000 value, she grew angry and began devoting hours to studying records.

In December, Chester listened as Obama spoke of rewriting policy "rooted in events that took place before most of us were born."

To Chester, the speech signaled the desire of politicians and corporations to look beyond the claims.
But Castro didn't merely take property, she says. He stole her parents' financial security, her father's health — and her inheritance.

Fifty-six years later, she says, "I'm not going to let him take from me again."

Gabriel García Márquez, the Colombian novelist whose “One Hundred Years of Solitude” established him as a giant of 20th-century literature, died not long ago. He would have celebrated his 88th birthday on March 6, 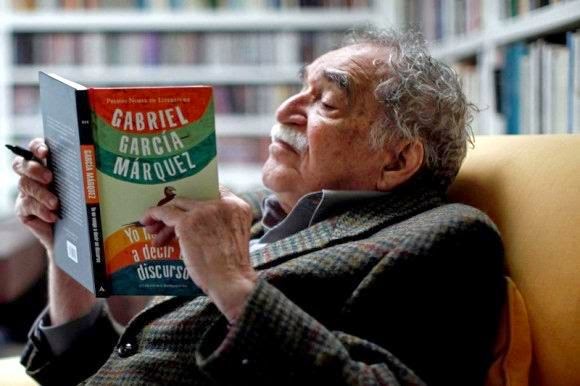 Can Cuba do Something To Help End the Embargo?

This week in the news, Cuba was reported to have told its citizens not to get their hopes up too high about an end to the embargo.  I recognize the challenges in achieving a complete end to the embargo, since it's Congress rather than the president who would have to act on that.

But I have a couple of thoughts about how Cuba acts in that regard.

1. The penalty of 10% on exchange of American dollars is still in effect in Cuba.  Previously, I always exchanged U.S. Dollars for Canadian Dollars before traveling to Cuba to avoid that penalty.  But this time the Canadian Dollar was lower and it would have cost me more.  With the changes, and if Cuba really wants to encourage Americans to visit and spend money, I hope it will eliminate that penalty.

2. I bought a 32 inch flat screen  t.v. and took it to my relatives. It cost less than two hundred dollars.  I also bought a 1 terabyte hard drive for relatives. Customs made a big deal over these two gifts, and were not pleasant to me.  Finally, I had to pay $250 in cash as a tax for taking in a television that did not even cost that much. That severely reduced the cash I had taken to spend on food, lodging and transportation.  If Cuba wants us to take products in, either individually or on a large-scale basis, it should consider eliminating this huge tax.

I also had clothes and other general gifts, which were not a problem.
0 comments