From “Interest Sections” to “Embassies”

Ever since the governments of U.S. and Cuba broke diplomatic relations, there were no diplomats in either country. But they had to have some presence, so the U.S. had its “United States Interest Section” on the waterfront in Havana, while Cuba had its “Cuban Interest Section” in Washington D.C.

The U.S. one in Havana has had an interesting history.  The Americans admit to engaging in various activities to annoy the Cuban government, and convince Cuban citizens that the U.S. way of life is better.  Some years ago, the Interest Section put up video screens and showed videos and photos with the stated intent of showing Cubans our way of life. Then the Cuban government counter-attacked, by placing flag poles and other obstructions to prevent its people from seeing the screens.  They also have a statue of Jose Marti in front of our Interest Section, pointing at it with his finger.  The Cuban people say he is scolding the U.S. 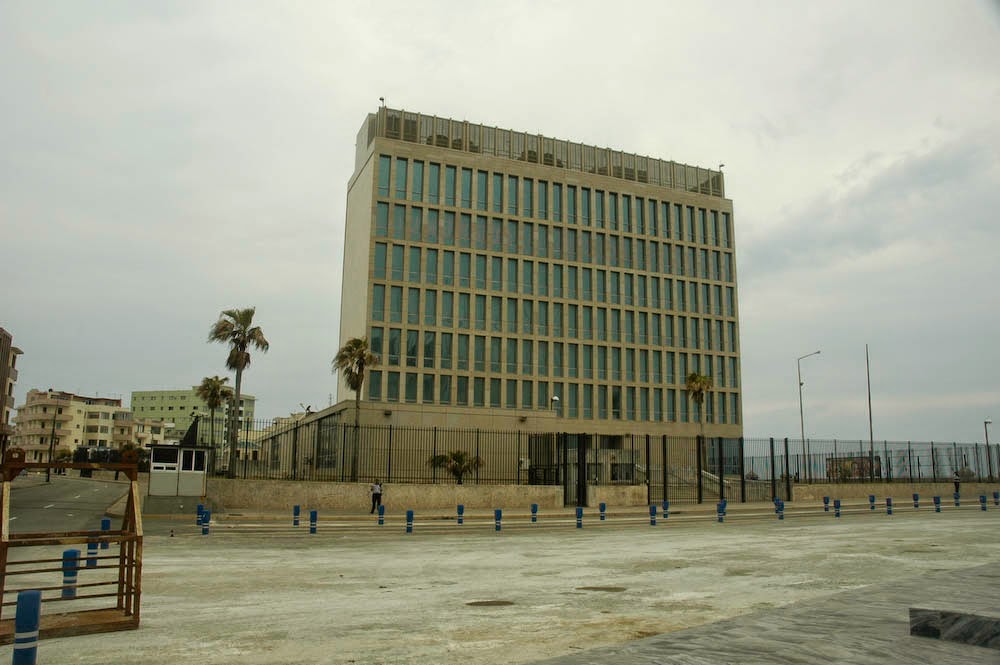 This is the U.S. Interest Section before the war of contradicting propaganda, which the U.S. started first. 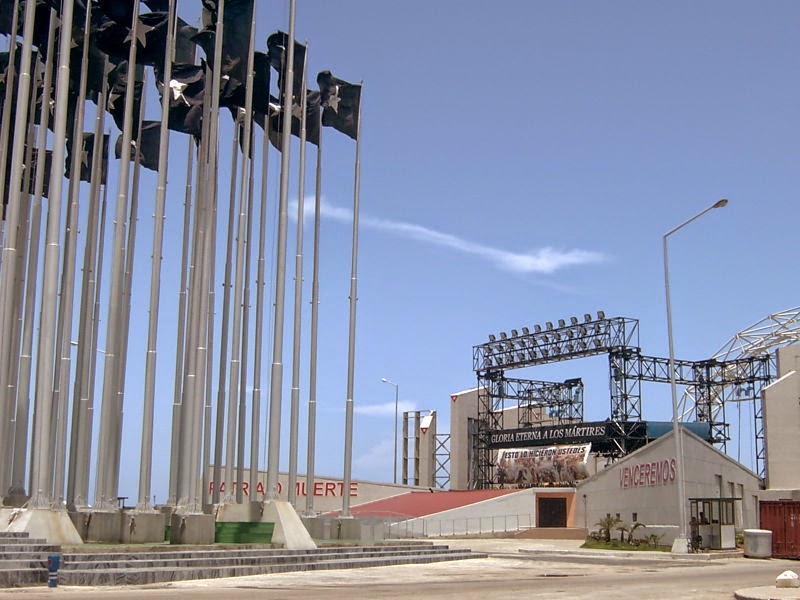 These two show how Cuba retaliated against the U.S. propaganda by obscuring the whole building with it's obstructions. 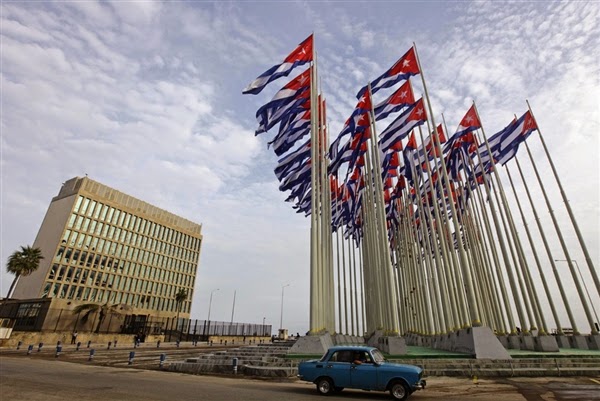 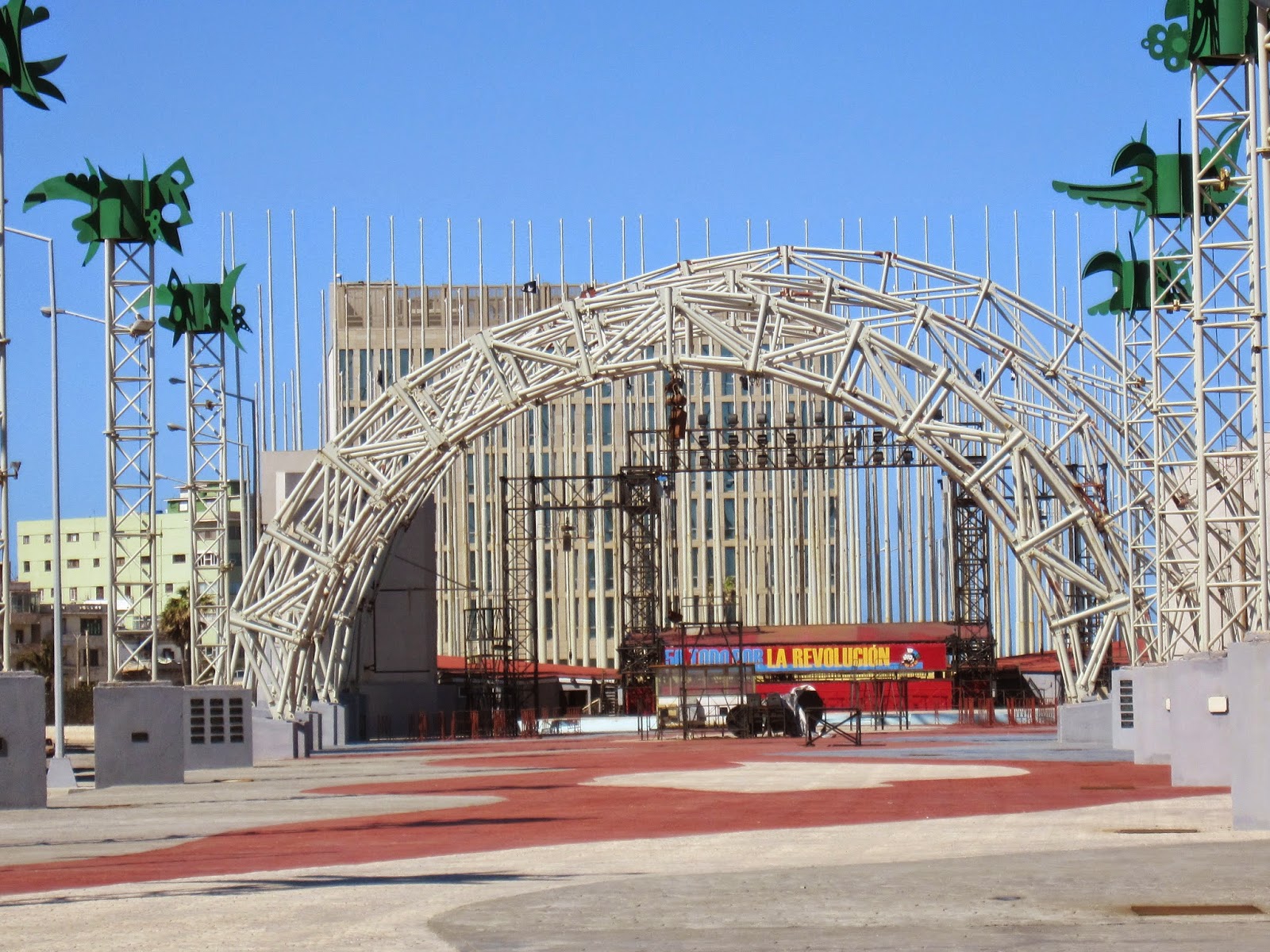 And I took this one myself. This is Jose Marti, holding a young child, and allegedly pointing at and ridiculing the U.S. Interest Section. 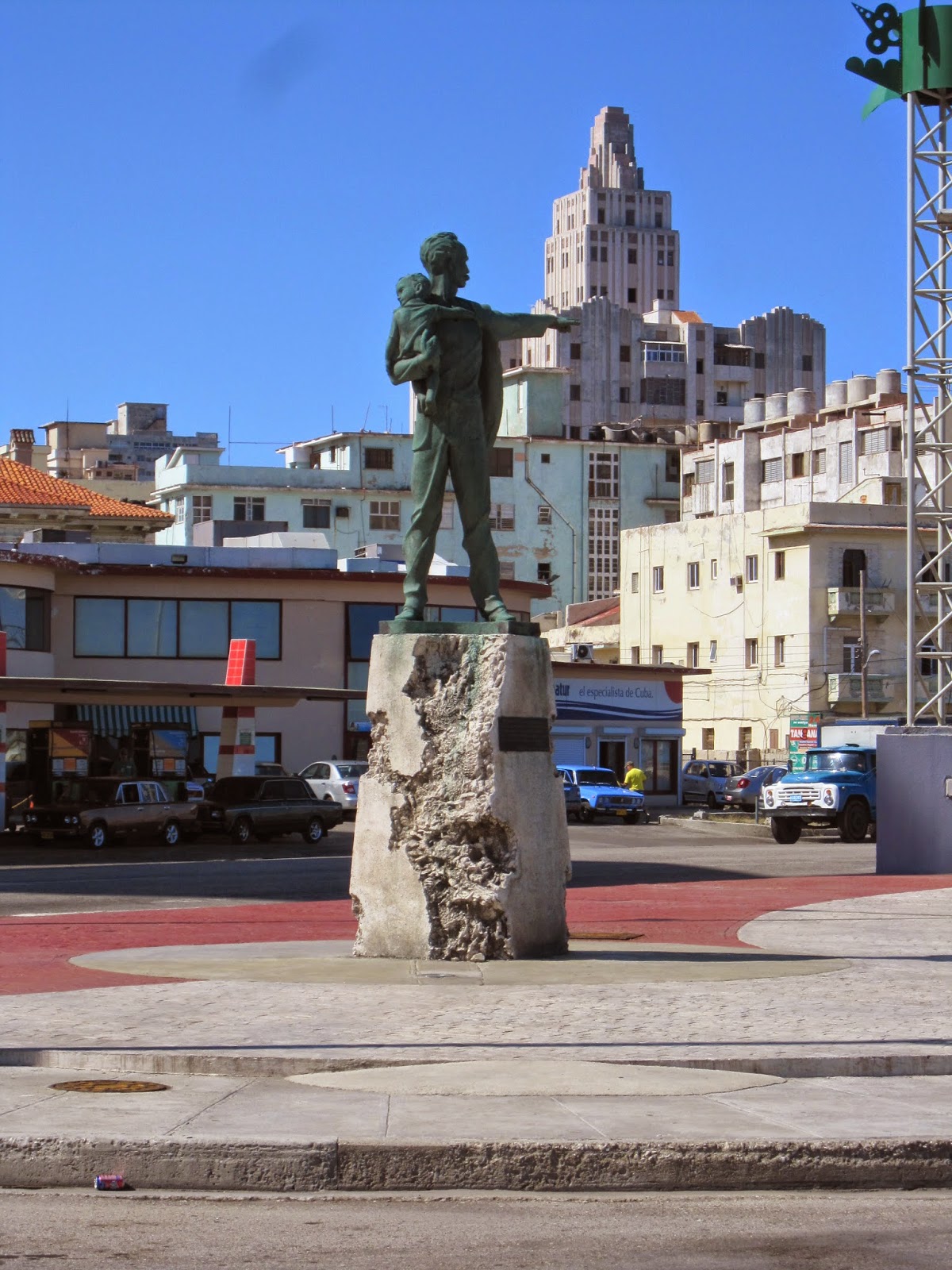 Here’s the U.S. government statement about its Interest Section in Havana:

Here is an article about how our Interest Section will be an Embassy:

“HAVANA (AP) — A half-century after Washington severed relations with Cuba, the United States' seven-story mission looms over Havana's seaside Malecon boulevard as the largest diplomatic outpost in the country.

Cuban guards stand at close intervals on the street outside, and islanders line up by the thousands each year for a shot at a coveted visa.

The gleaming U.S. Interests Section suddenly is poised to become an even more important presence in Cuba as the two countries negotiate the first phase of their historic detente — transforming the complex into a full embassy that would reflect the Obama administration's hopes of new influence on the communist island.

Roberta Jacobson, assistant U.S. secretary of state for Western Hemisphere affairs, will be the highest known U.S. administration official to visit in decades when she comes next month for annual talks on migration that will now also focus on the details of re-establishing full diplomatic relations.
The discussions are expected to cover expanding staffing in the two countries' interests sections and letting diplomats travel outside their respective capitals without having to ask permission.

Also part of the reopening of the embassy: symbolic measures such as raising the American flag on the Malecon.”