Cuban Salsa Singer Split Between Island and U

"In his most famous song, Cuban salsa singer Manuel Gonzalez croons about creating a bridge between Miami and Havana.
"A bridge made up of long sleeves," he sings in "The Bridge." ''So that the people of Havana come and the people of Miami go."
Now, more than a decade later, Gonzalez, a one-time medical student known as "The Salsa Doctor," finds himself trying to navigate a life on both sides. 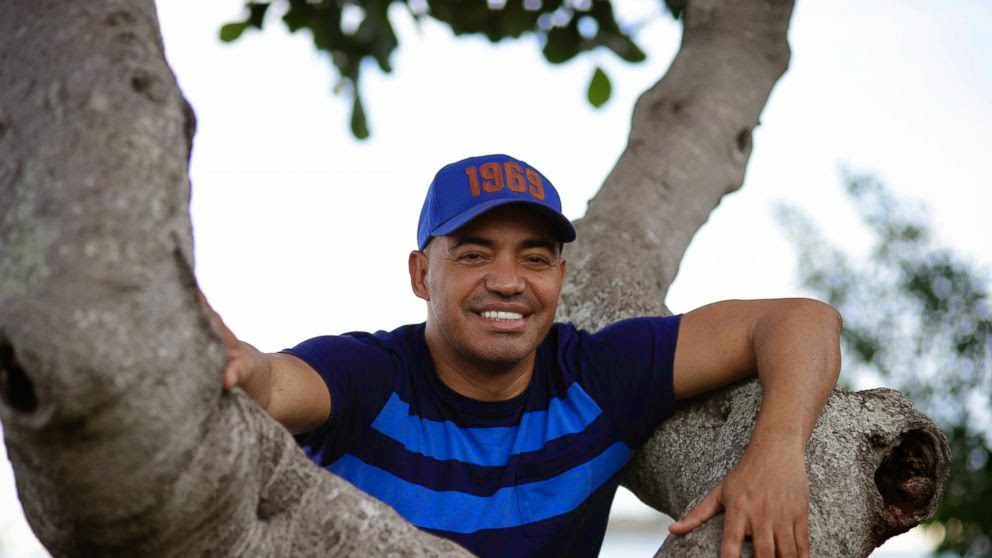 In this Thursday, Sept. 18, 2014 photo, salsa musician Manuel Gonzalez, poses for a photograph in Miami. Gonzalez, a one-time medical student, is known as the salsa doctor. He is a one-time medical student who decided to devote himself to music instead, and has toured around the world and his native Cuba. In 2001, he left the island and settled in Miami. (AP Photo/Lynne Sladky)
Banned from Cuban airwaves after performing the song in Havana, he decided to flee Cuba in 2001 and settle in Miami. But last year, he returned to live in Cuba permanently, opting to be in the country that most inspires him, even though he is still not played on the radio and is rarely able to perform.
His new album, which like his previous music incorporates salsa, Cuban folkloric music and funk and explores themes of love and identity, is being recorded in Miami, where his producer lives and he has access to studios. He is preparing for a tour in Europe, and plans to return to Cuba when it is over.
"I aspire to be the first independent artist in Cuba," he said in an interview with The Associated Press. "I am going to fight for that."
Gonzalez wrote "The Bridge" during a visit to Miami and performed it for the first time in the spring of 2000 in Cuba at an outdoor club called La Tropical. The song and performance capped a growing clash between Gonzalez and the government that began when he refused a government request to adapt one of his songs to include a mention a Fidel Castro and the revolution, he said, and was exacerbated after he undertook an independent tour through the island, selling thousands of tickets and raising money for cultural development.
"He had absolute star power," said Kevin Moore, co-founder of the Cuban music website Timba.com. "He was filling 90,000-seat soccer stadiums. It was unprecedented."
As his popularity with fans in Cuba grew, his space as an artist steadily began to contract, he said. Gonzalez, who is professionally known as Manolin, was forbidden from giving further concerts and pulled from the radio. Though Cuban artists have begun to push back against artistic boundaries, the Ministry of Culture still has vast control over art on the island. Faced with such restrictions, Gonzalez decided to leave.
In Miami, he found a city of contrasts: Other Cuban artists, like salsa stars Los Van Van, came and gave performances, but protesters rallied outside to denounce them.
"How did I come looking for freedom and find this?" he asked.
Gonzalez found it difficult to promote his work, a situation that isn't unique among Cuban musicians who defect: Miami is full of top-tier Cuban musicians who commanded the stage in Havana, then fled the island and struggled to find work, Moore said.
In the course of a decade, Gonzalez saw things begin to change: Cuba-based artists now perform in Miami nearly every week, typically without issue.
"Miami has evolved," Gonzalez, 49, said. "Cuba hasn't."
Ultimately, his experiences in the U.S. encouraged him to try being a musician in Cuba again.
"The United States showed me that you cannot renounce your rights," he said. "You have to fight to change your country. The Cubans must do it.""
0 comments

It seems a bit odd that right now the number of escapees from Cuba have increased.  But there have been a couple of recent articles about it. 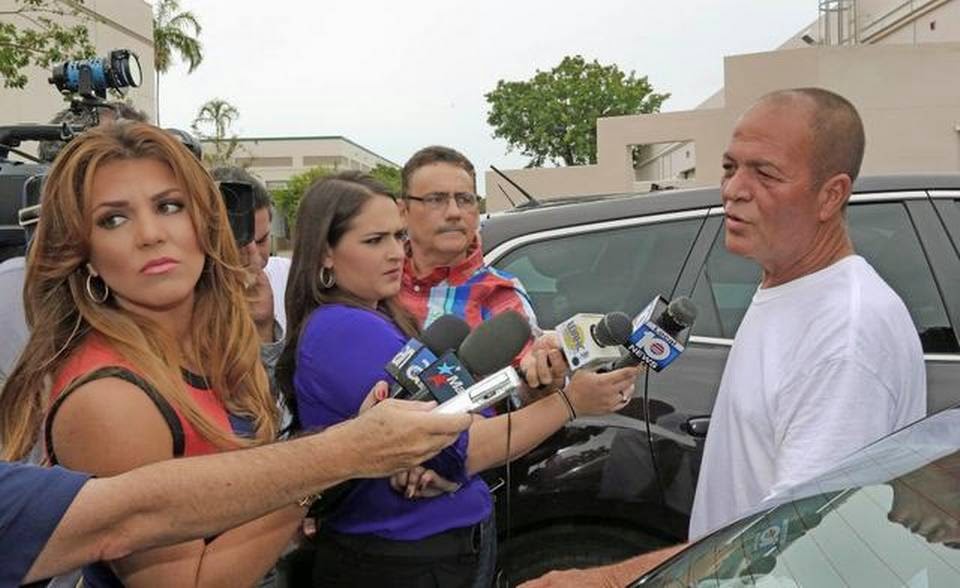 Cuban rafter Rene Morales, 53, the captain of the makeshift boat that included eight other rafters who landed on the beach in Key Biscayne, behind Mar Azul Condominiums, answers media questions outside Church World Service in Doral on Wednesday, Sep. 24, 2014.C.M. GUERRERO/EL NUEVO HERALD

Cuban migrant: 10 days at sea 'worst of my life'

Quote from the article:  ""There's a fever right now," Jose Ramon Fuente Lastre, 23, said in an interview with The Associated Press. "There are a lot of people making rafts, many people who want to come."