"The shouts, the posters, the slogans in a million voice chorus, awaken dormant, extinct sensations. Seeing the sea of people passing in front of the platform, his heart skips a beat in his chest. The red face, dilated pupils, goosebumps and tension in the jaw. They are the first symptoms of the excitement crowds provoke in caudillos. A ritual they need to dip their hand into from time to time, to avoid the solitude of power. 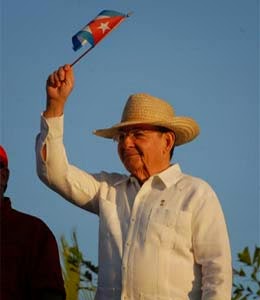 Autocrats invent marches, huge processions, lavish parades–”the biggest in the world”–to rejoice in their own authority. They know that they, and only they, can force a million people out of their beds in the early hours, load them onto buses, write down the names of every attendee, and set them to marching through a great plaza. To make it clear who’s the boss, to send a message by way of a crowd chanting their name, worshiping them and giving thanks. A “mass” that would never dare to stand down, people whom they don’t rub shoulders with, whom they fear and who–deep inside–they despise. 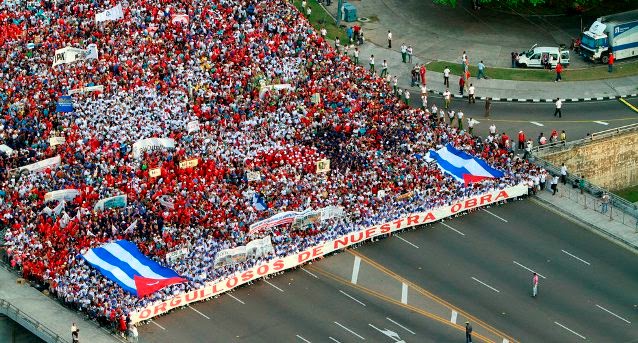 Today, in the Plaza of the Revolution, an elderly man in sunglasses will preside over the May Day event. Days ahead of time every rooftop near the place has been checked out and guards have been posted at the highest points in the city, calculating how a shot could be fired at the platform. His own grandson will remain close to protect him and a fleet of cars will be waiting “in case something happens” and he has to escape. He doesn’t trust the very crowd that he himself has summoned. 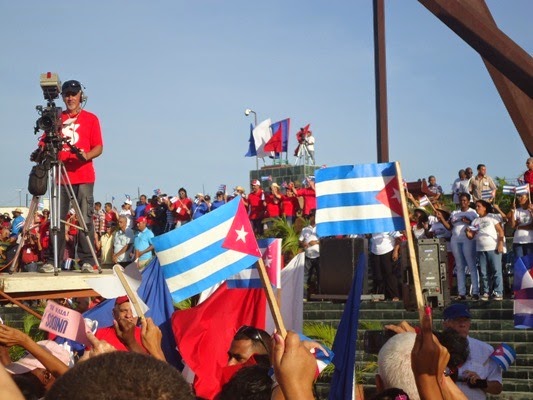 The autocrat is afraid of his own people. Fear and suspicion. The feeling is mutual. He knows that the hundreds of thousands of heads he looks down upon are there… because they fear him, not because they love him."