In 2012, for the first time in twenty years, and due to a specific request from Pope Benedict XVI when he visited, Cuba allowed workers the day off for Good Friday.  In 2013, the Cuban government again made it a holiday, but did not indicate it would be permeant.

This year, the government has made it permeant.

The Inlet at Santiago de Cuba, and the Fort (El Morro) that guards it are always picturesque.  The first views below are westward along the coast, from the top of El Morro.  The mountain range is the Sierra Maestra, and this is where Castro, Che and the others camped for years before they took over. 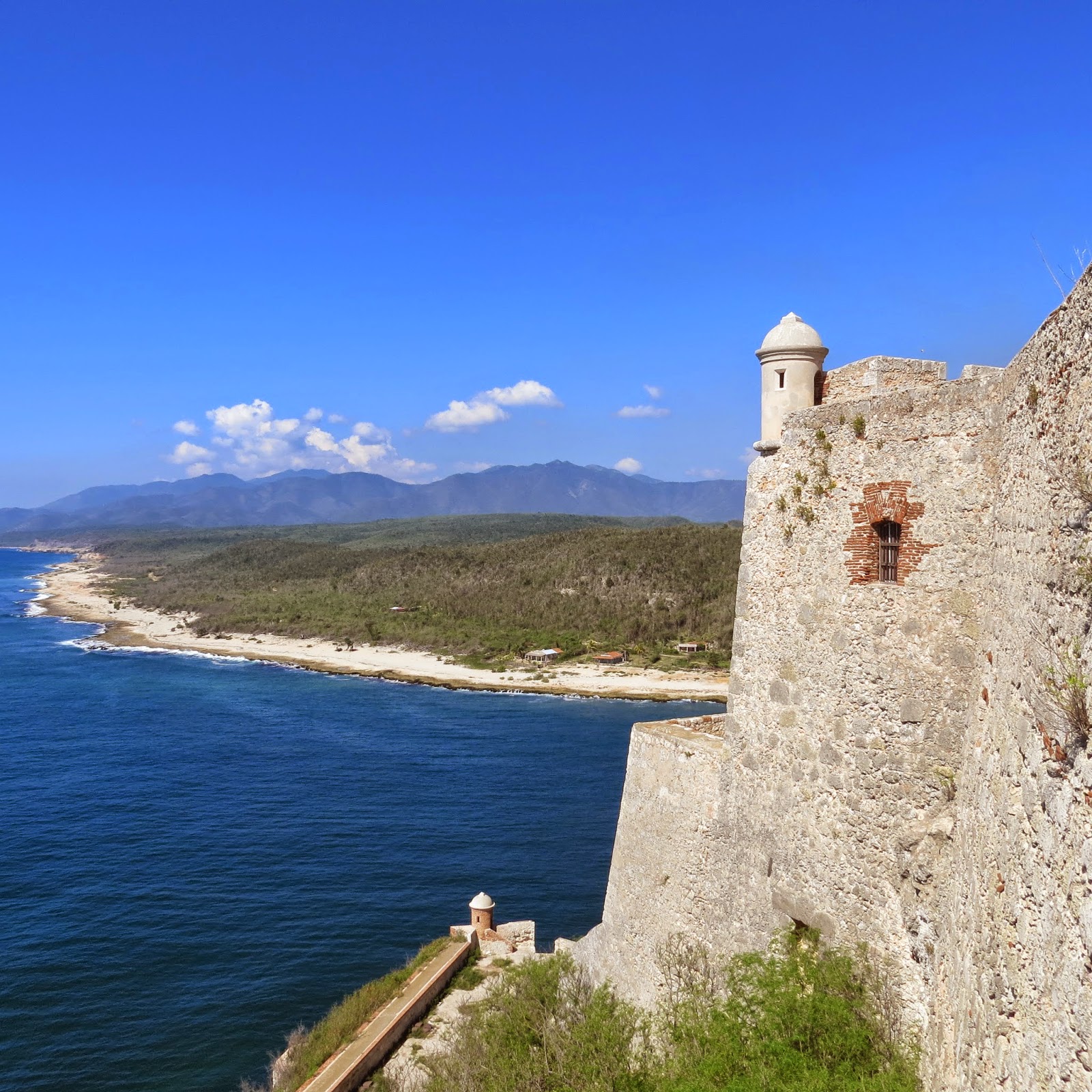 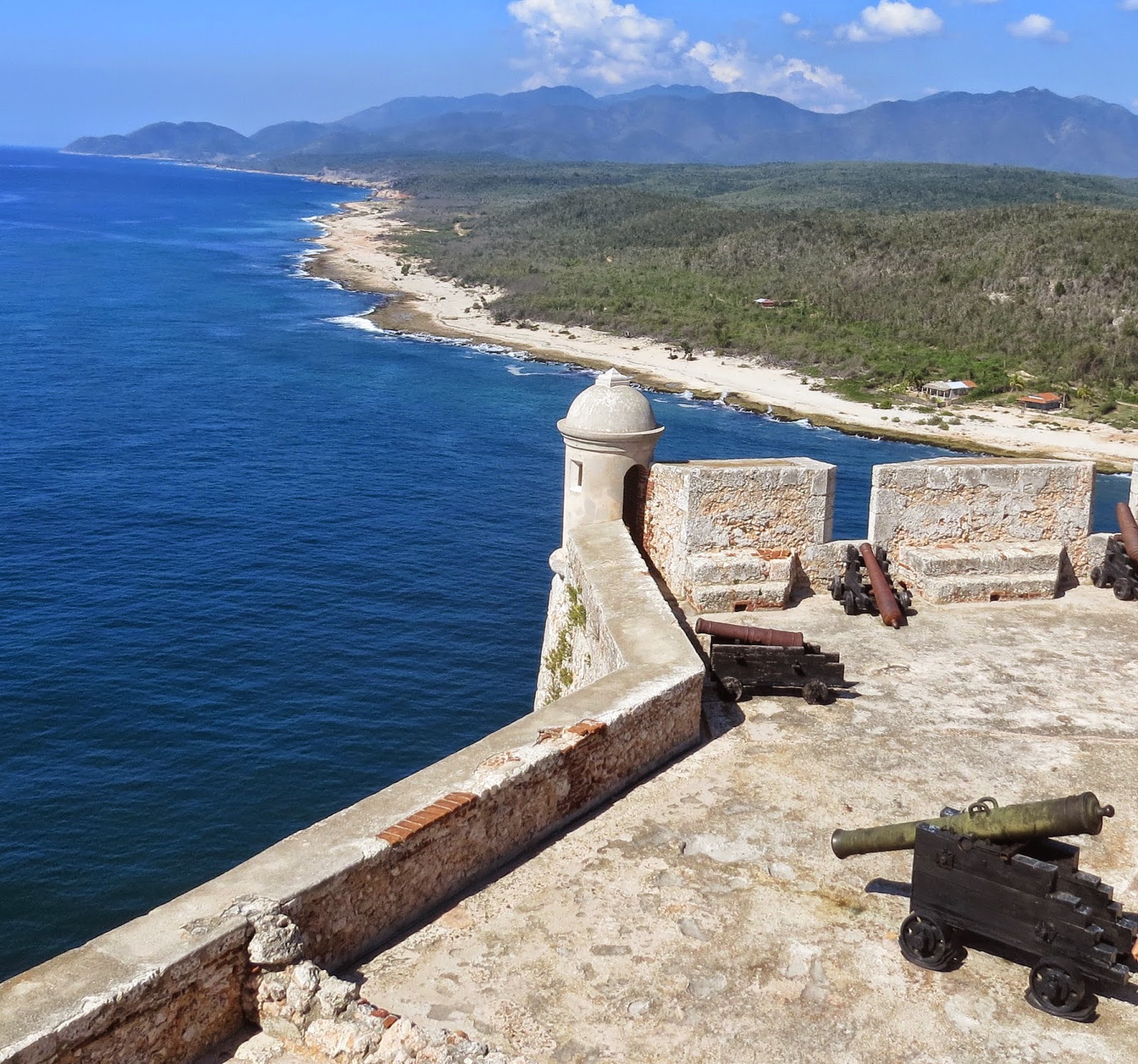 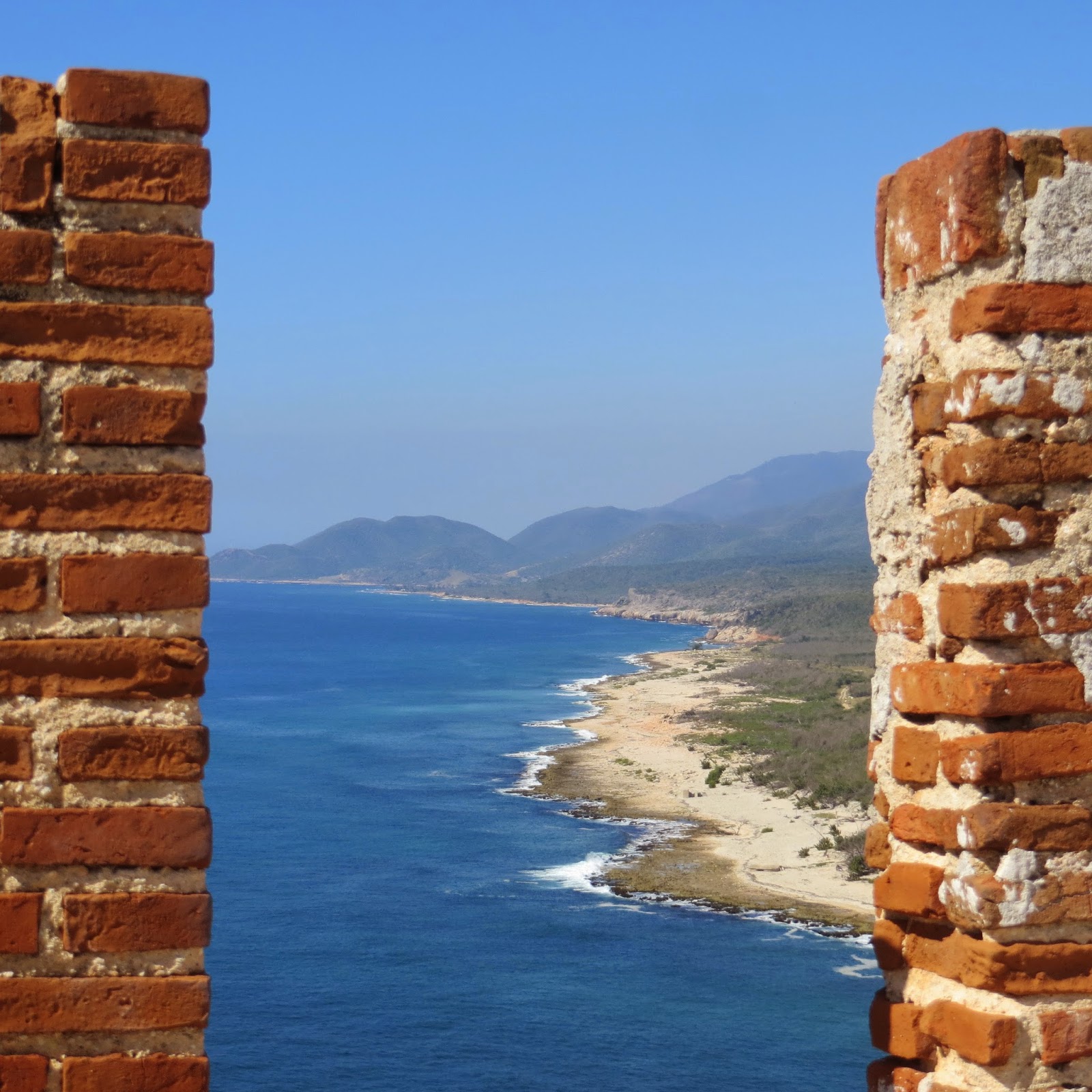 Inward, to the west, is a peninsula called Socapa, where people had private cottages.  The island near that is Cayo Granma, named after the boat that Castro, Che and others took to Cuba.  Prior to the Revolution, it was called Cayo Smith. 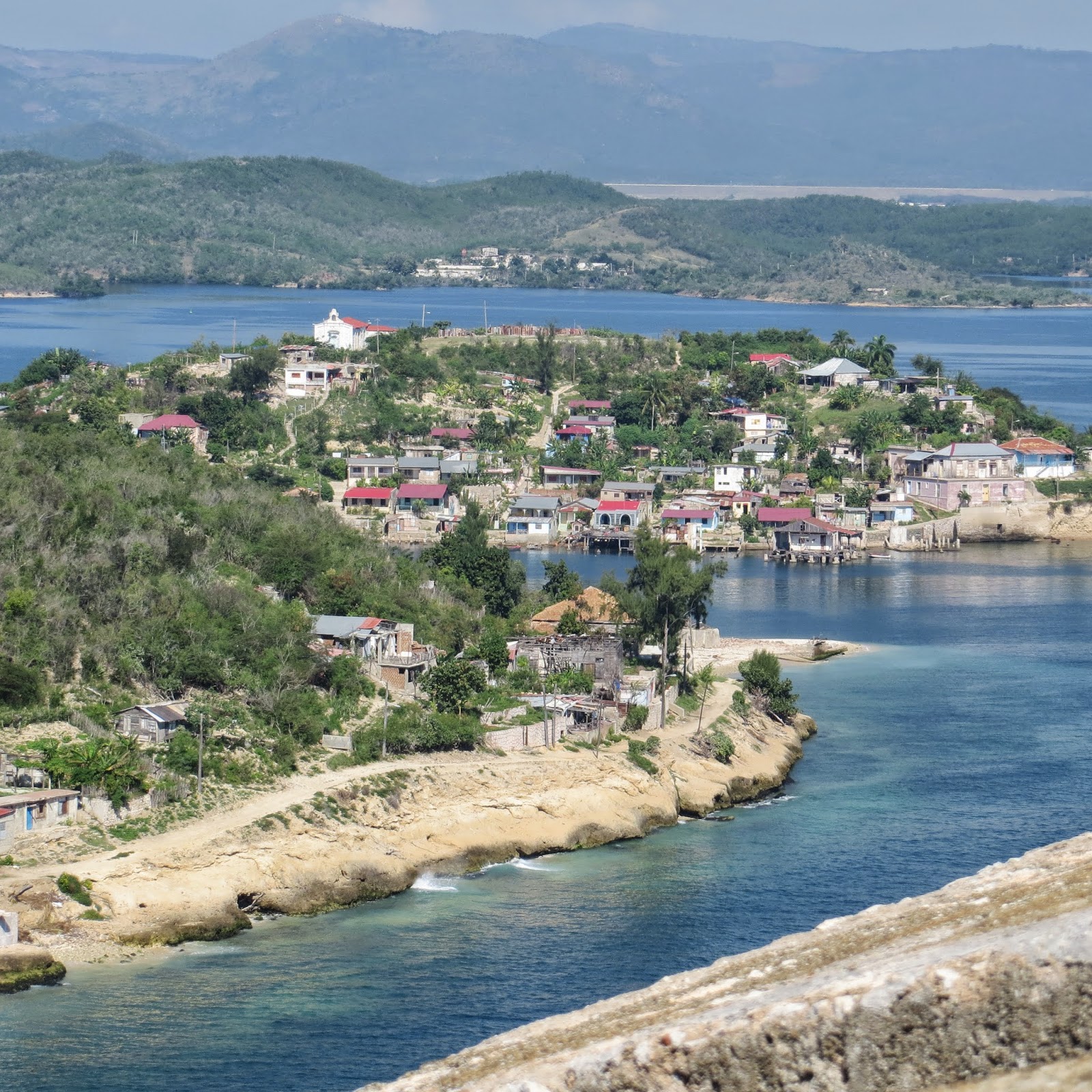 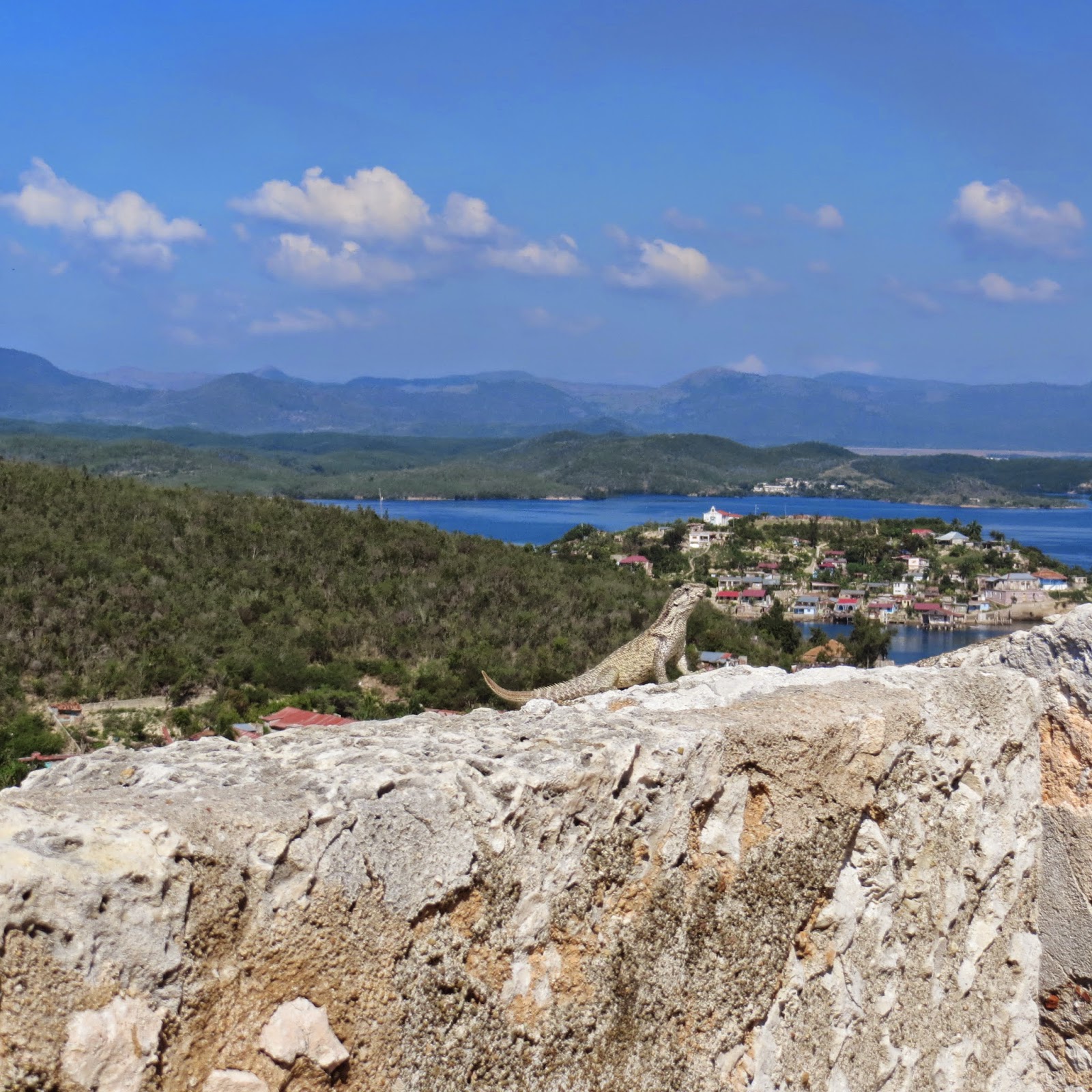 Looking inward, you can hardly see the city, as it is protected by twists and turns.  It's to the right. 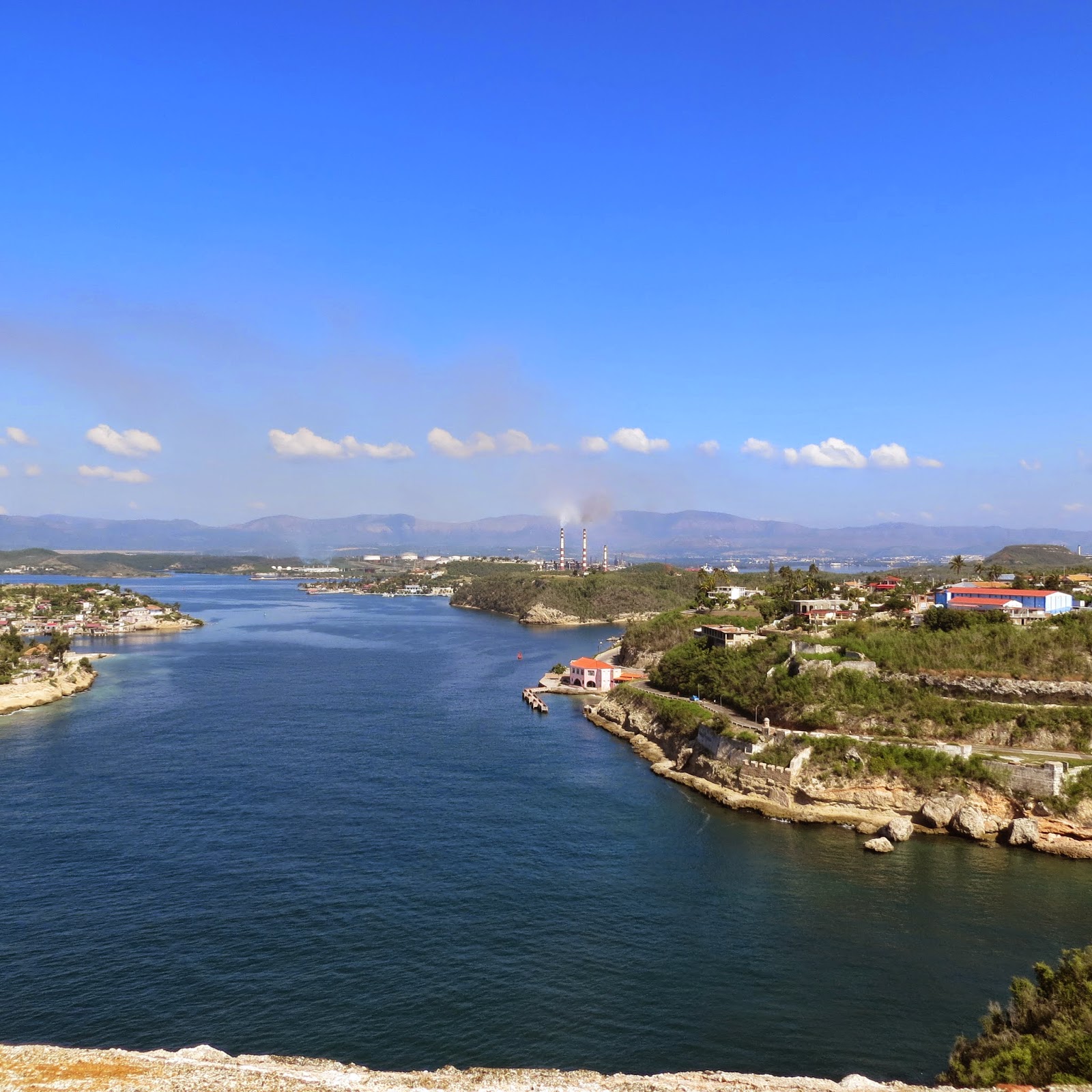 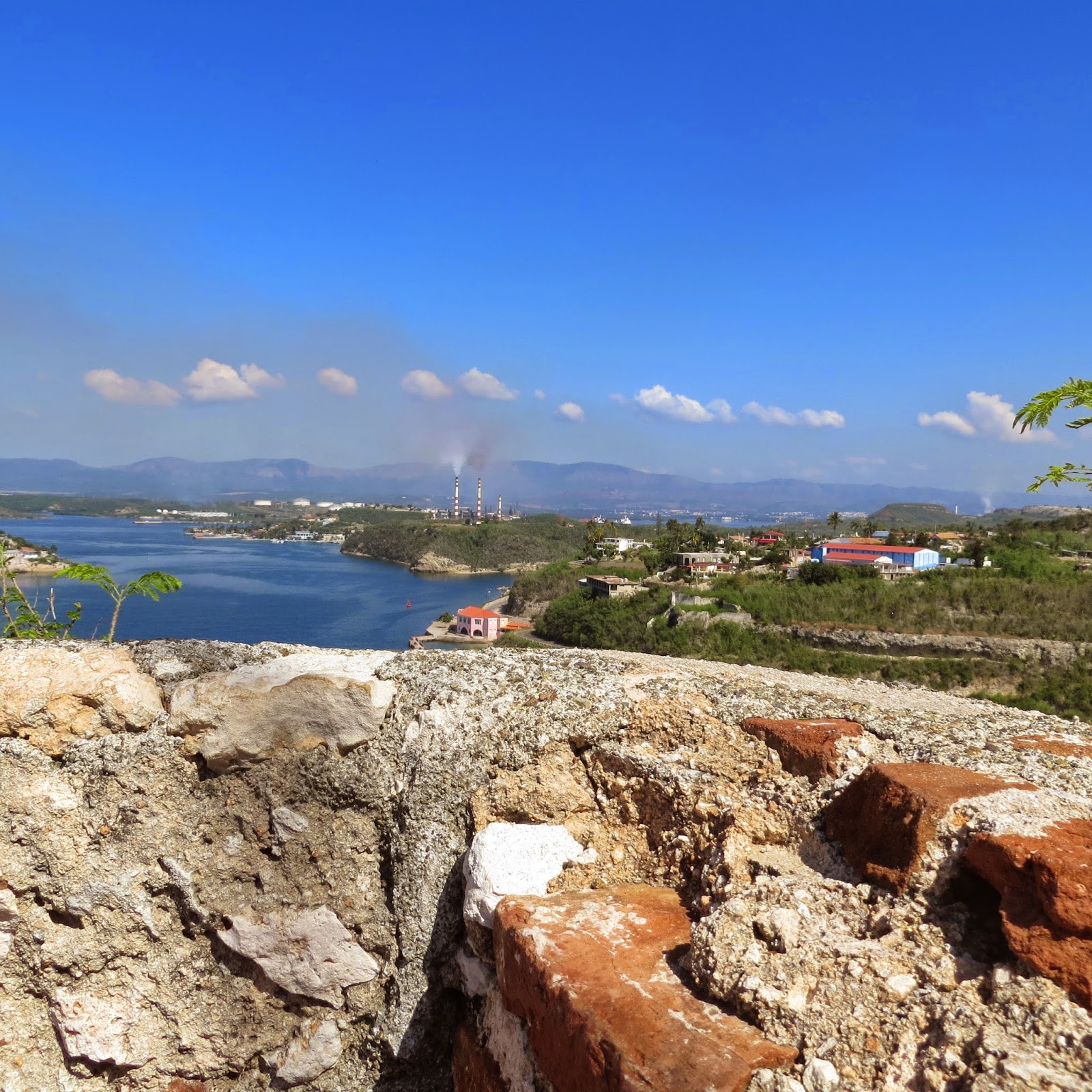 Several times in the past, we have posted photographs of refugees fleeing Cuba on a Lykes Company ship called the Shirley Lykes in 1963. We have posted articles, and a photo of one of the passengers meeting the first mate, in our house last year.

In 2013, we were contacted by two more people who came to the U.S. on the ship. We shipped videos and photos to one, and delivered them to another.

Yesterday, a fourth passenger found our web site and contacted us, indicating that she was six years old when she came to Port Everglades on the ship with her siblings and parents.  We are shipping photos and the video to her in California.

An example photo from the video: 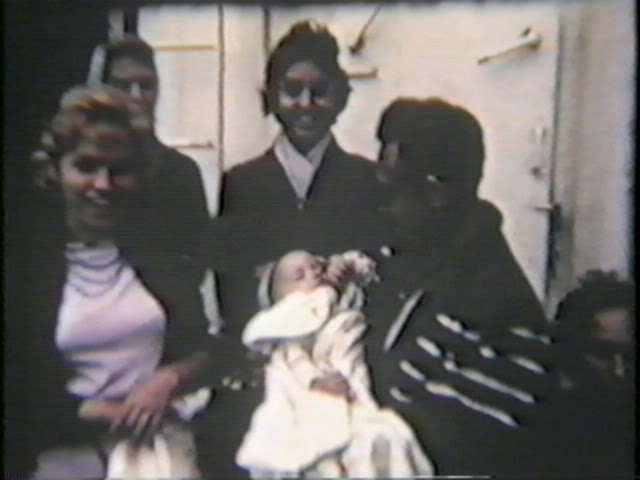 Some of the past stories we have posted about this are included in this post:

We recently wrote that the discovery that the U.S. government had been involved with creation of a Cuban social media communication mechanism, in an effort to promote dissident activities. We noted that Yoani Sanchez, Cuban Blogger, had announced her new digital media newspaper at the same time, and that this could her ability to transmit the newspaper, An AP Article, titled,
"'Cuban Twitter' a new hurdle for bloggers, exiles"echoes the concerns we raised.

We have searched for comments by Yoani Sanchez on her ability to communicate. The last post on her Generation Y blog, in the English and Spanish Version, was March 28, 2014.  She posted this on Twitter yesterday, April 5, 2014:

La Habana, Cuba · desdecuba.com/generationy"#Cuba We continue having problems to publish in #Twitter VIA #SMS from the Island, please, if anybody knows what happens, help us :-0"

It is interesting that the day before the AP stories about the U.S. government creating bogus communication accounts to allow Cubans to rebel, Cuban blogger Yoani Sánchez announced plans for a new digital newspaper. Apparently, she and her workers plan to distribute the reports with text messages, emails and digital memory devices.
When I am in Cuba, I sometimes ask Cubans if they know of Yoani Sanchez and read her reports. Cubans generally answer that they do not know who she is, or they know who she is, but have never read anything she has written, or they do not answer at all, just looking at me blankly.
It’s not really surprising, considering how hard is it to communicate digitally in Cuba. Few have phones, and those who do, have basic phones, not smart phones. Those who do have smart phones, generally have no data access.
Accessing the Internet via computer is another huge hurdle.  Those who work in certain types of government occupations, such as professors, might have Internet connections solely for basic e-mail. But almost nobody has true Internet surfing capability. When Yoani began her blog, she sent all of her reports to people in the U.S. via e-mail, to be posted on her sites.  A few years ago, she began going to hotels in Havana to post her stories, but that is very expensive and unreliable. I often looked for her in Havana hotels, but never saw her. I think she might have gotten true Internet capability in her home now, but I’m not sure.
I know that she Tweets, and other dissidents Tweet, and because of the frequency of her Tweets, I presume she has some access.  But I do not know whether it is the Twitter accounts that were reported as being operated covertly by the U.S.
Also, Cubans worry about what they say in e-mails, and what people send them, because their e-mails are generally watched.
We have posted articles on this site previously as to how the use of Twitter and other immediate digital communication as a means of government take-over does not seem likely in Cuba because of the lack of live, instant, Internet-based communication. The government has done a great job in preventing such communication.
The article states that “Distribution [of the new digital newspaper] will rely on cell phones and emails because Cubans have more mobile phones than computers.” Yoani also apparently plans to transmit via memory devices, such as USB flash drives, DVDs and CDs, although it is unclear how she would physically pass around such memory devices.
The article states that, “She hopes the publication will be inserted into so-called Combos, which are DVDs and other large memory formats recorded with massive amounts of information like movies and telenovelas and regularly passed around hand-to-hand in Cuba these days.”  It is true that Cubans can very inexpensively and easily purchase DVDs of U.S. and international movies that are still in theaters in stairwells, and little unofficial shops all over Cuba.
The article also states that, “Government officials will likely try to crack down on her digital newspaper…, perhaps by blocking its distribution, slandering its staffers or feeding them false information.”
The article also states that “Arresting the writers would be ‘clumsy.’”
Read more here: http://www.miamiherald.com/2014/04/01/4033335/cuban-blogger-yoani-sanchez-says.html#storylink=cpy
0 comments

In an Associated Press Article posted by ABC News on April 3, 2014, titled "US Secretly Built 'Cuban Twitter' to Stir Unrest," the press states that the U.S. created a complicated, clandestine operation to assist young Cubans in communicating in order to assist them in dissenting.

The article states, "... details uncovered by the AP appear to muddy the U.S. Agency for International Development's longstanding claims that it does not conduct covert actions, and the details could undermine the agency's mission to deliver aid to the world's poor and vulnerable — an effort that requires the trust and cooperation of foreign governments."

The article states, "The project, dubbed "ZunZuneo," slang for a Cuban hummingbird's tweet, was publicly launched shortly after the 2009 arrest in Cuba of American contractor Alan Gross. He was imprisoned after traveling repeatedly to the country on a separate, clandestine USAID mission to expand Internet access using sensitive technology that only governments use."

The facts, presuming they are true, and the statements made in the article are shocking on many levels.