Another Tiny Crack in the Wall: Email on Cuban Cellphones But State Security Is Likely Reading It

"Another Tiny Crack in the Wall: Email on Cuban Cellphones But State Security Is Likely Reading It" - Huffington Post

According to an article in Spanish in El Nuevo Herald, Venezuela is having problems transporting crude oil to Cuba.  Cuba relies on Venezuela's oil, which many indicate it actually sells to other countries to increase its cash.

Miami Herald reports on Cuba's preparation for expected problems for Cuba as the result of Venezuela unrest.

The Miami Herald reports that a Senator talked about Cuba.  Rubio countered with discussions about Venezuela and continuing the sanctions against Cuba.

Havana has old buses that spew smoke and are boarded by hordes of people lining the streets. Instead of buses, Santiago has trucks, packed with people. 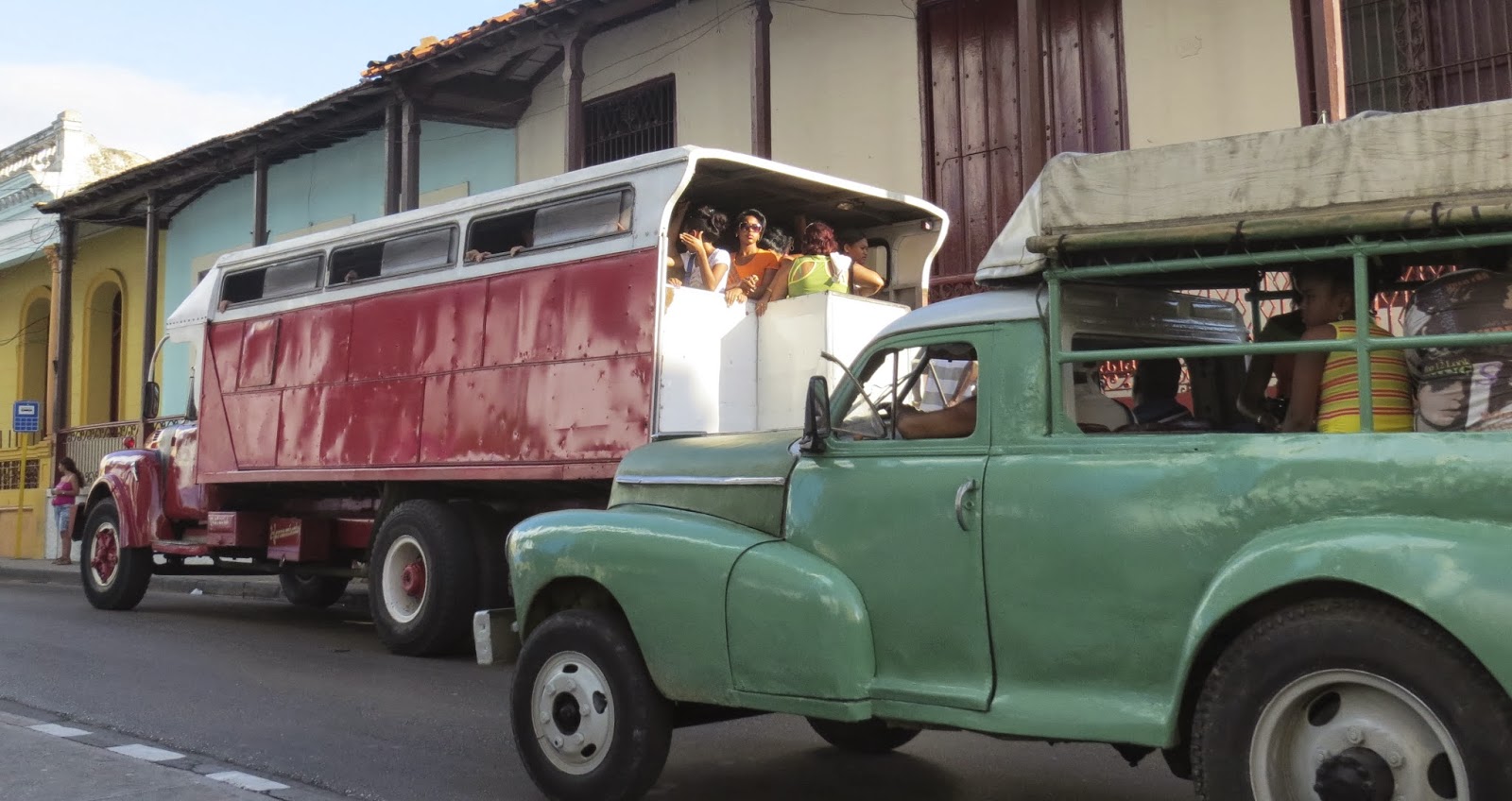 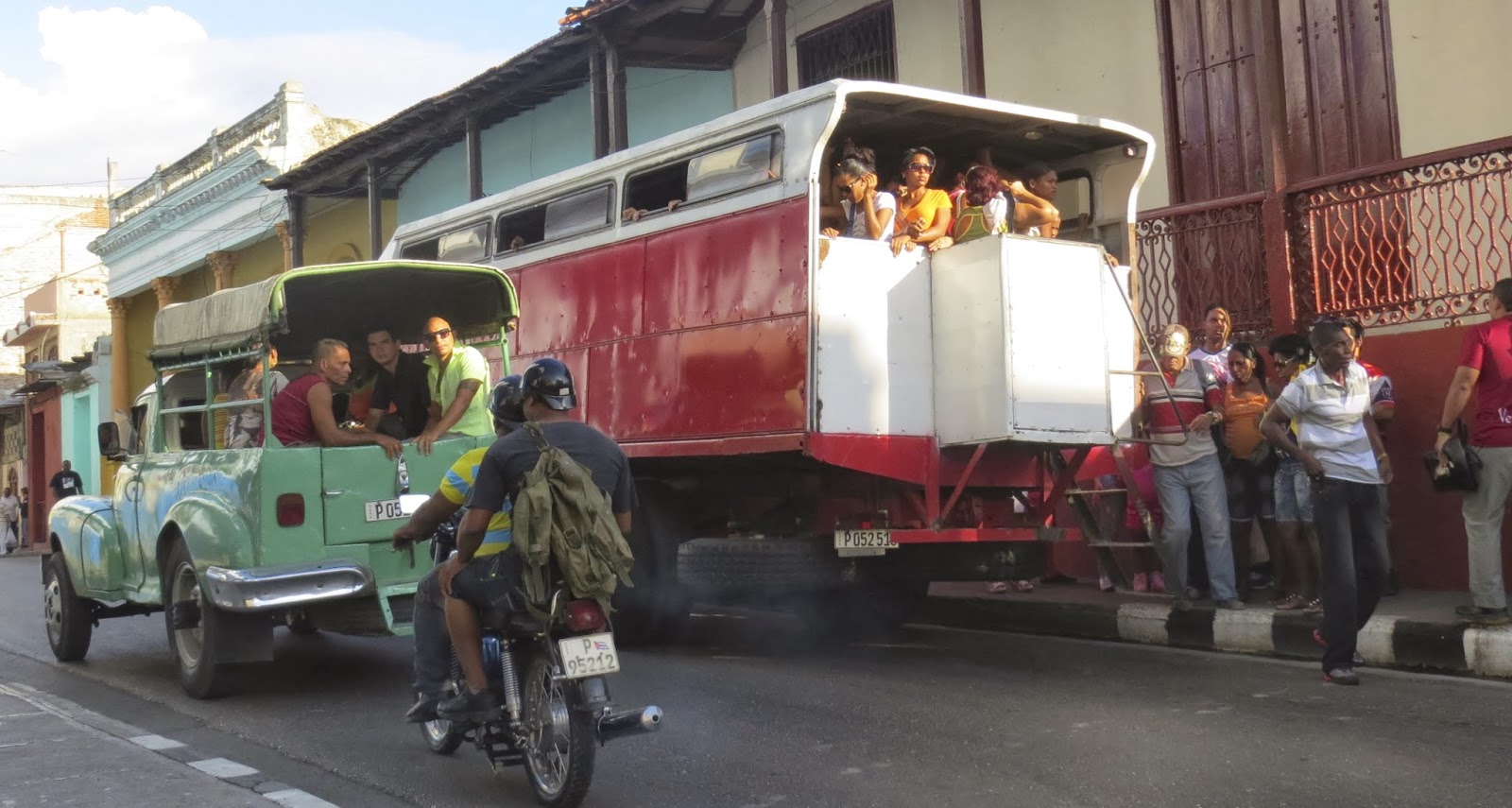 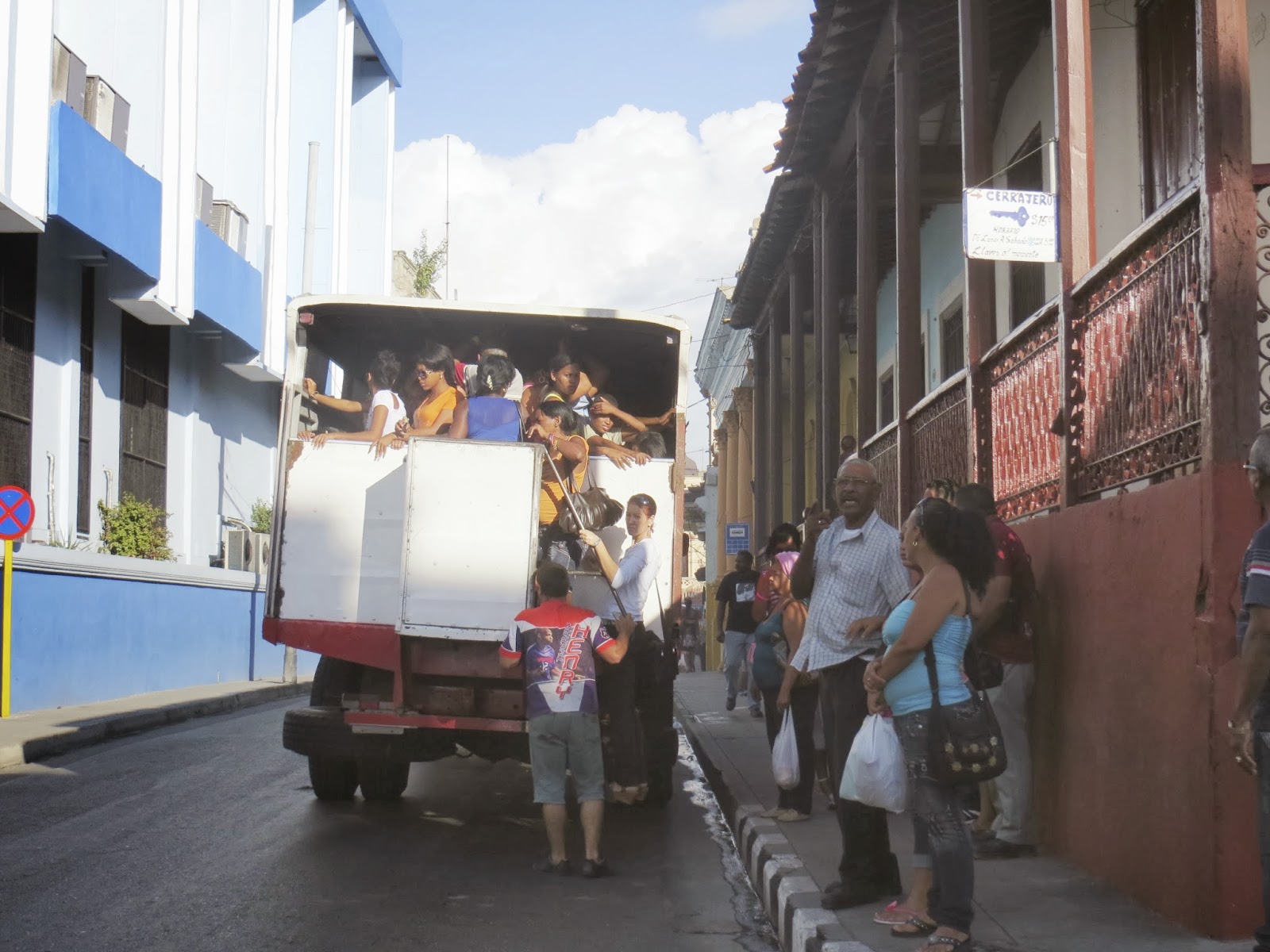 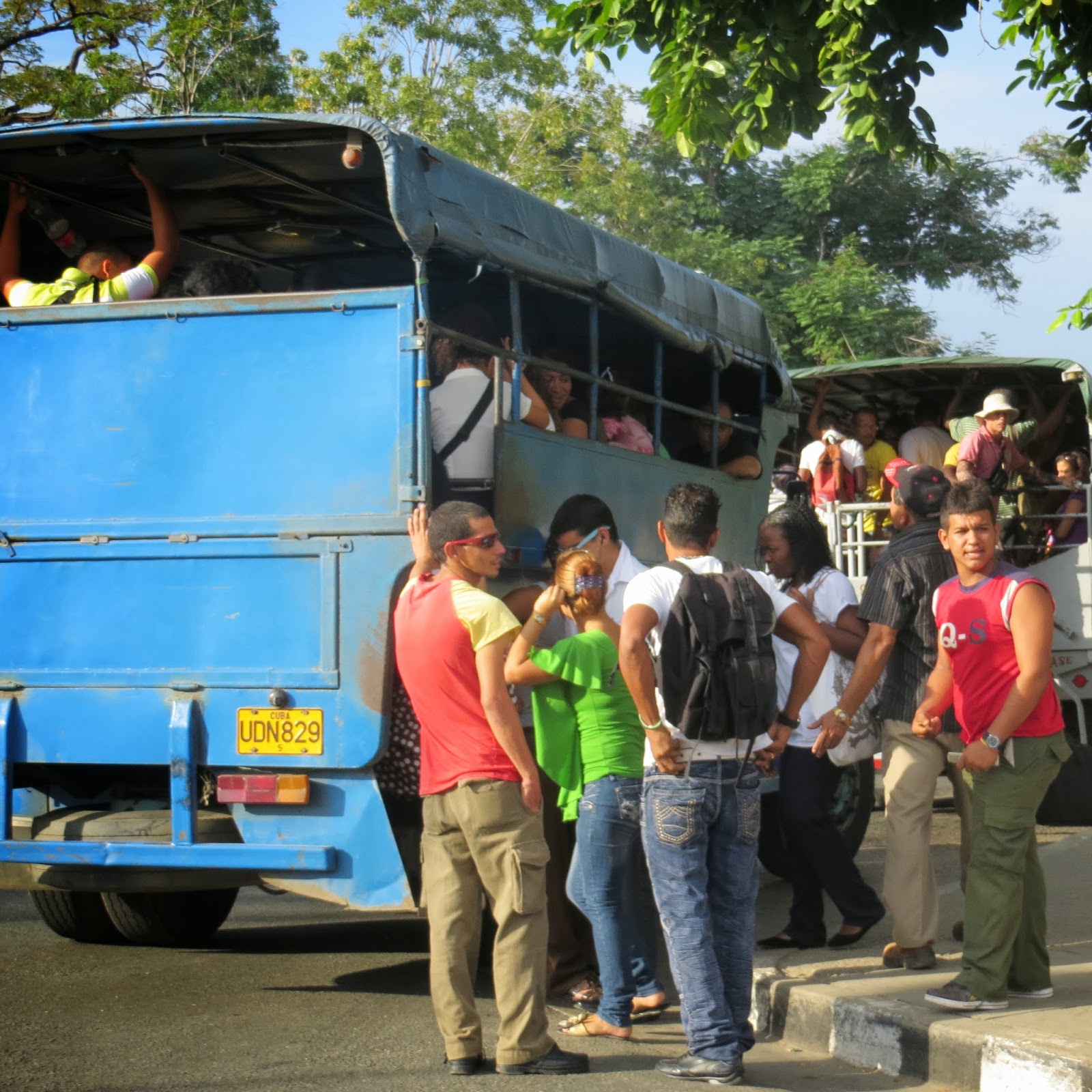 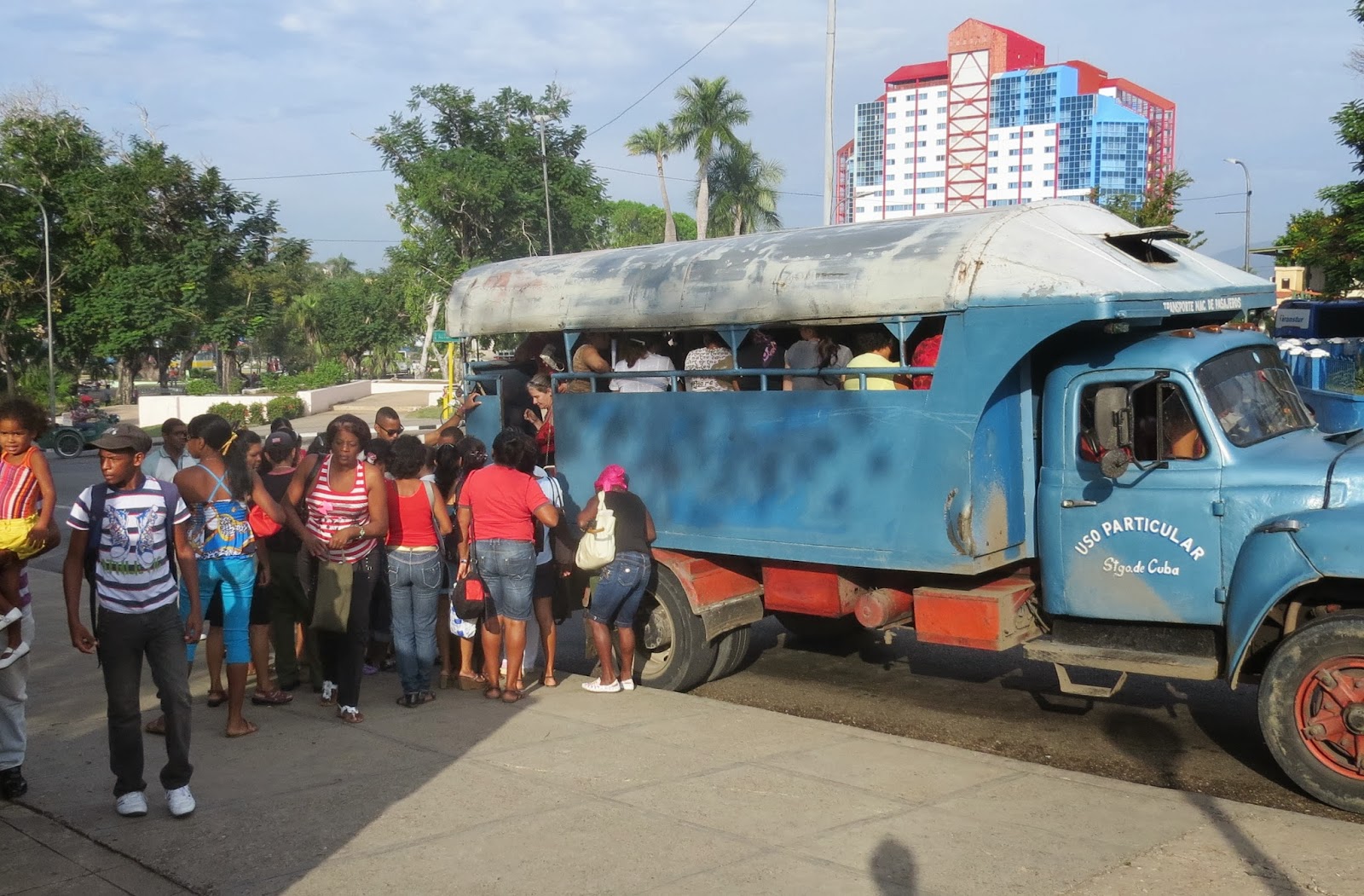 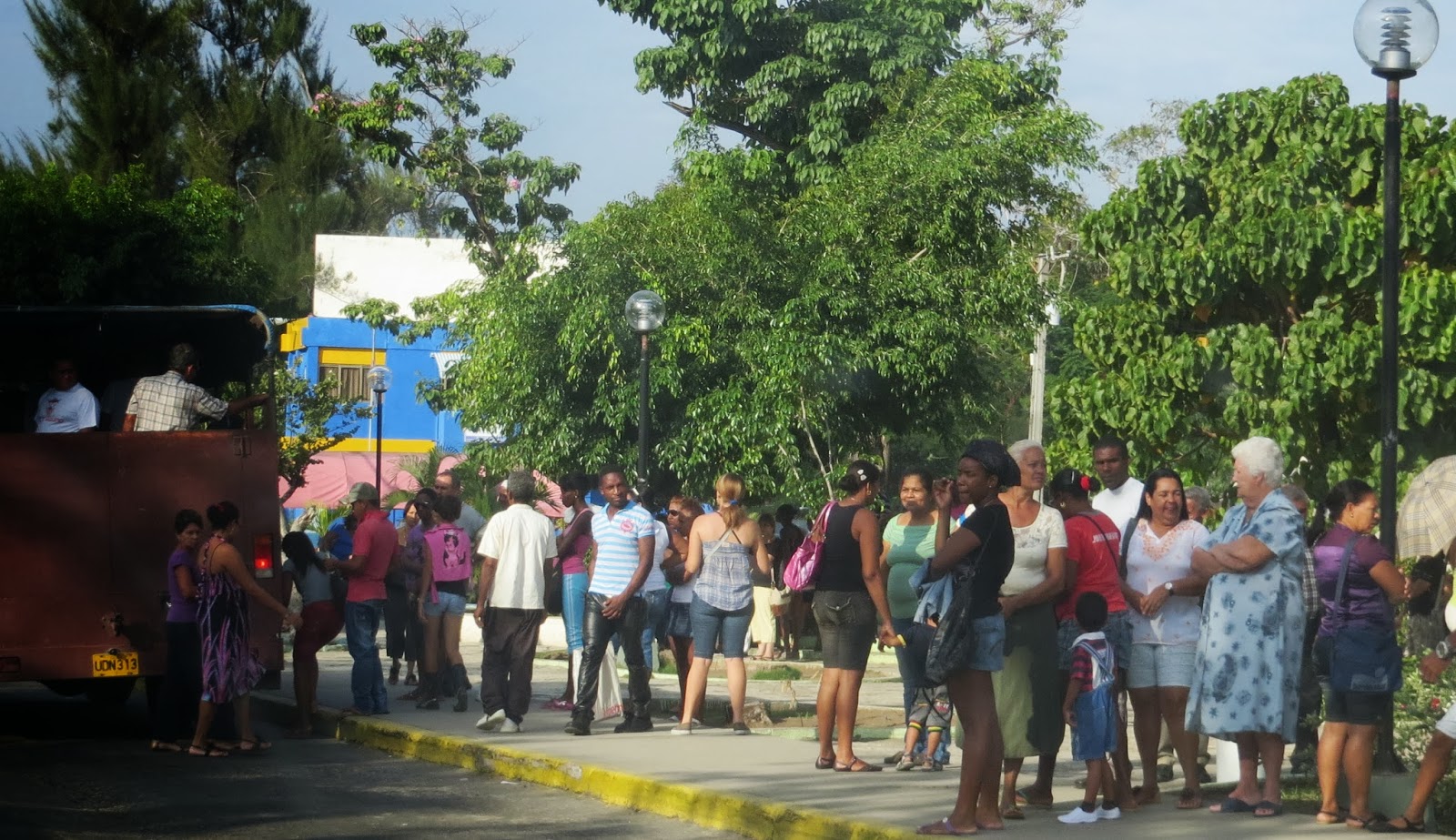 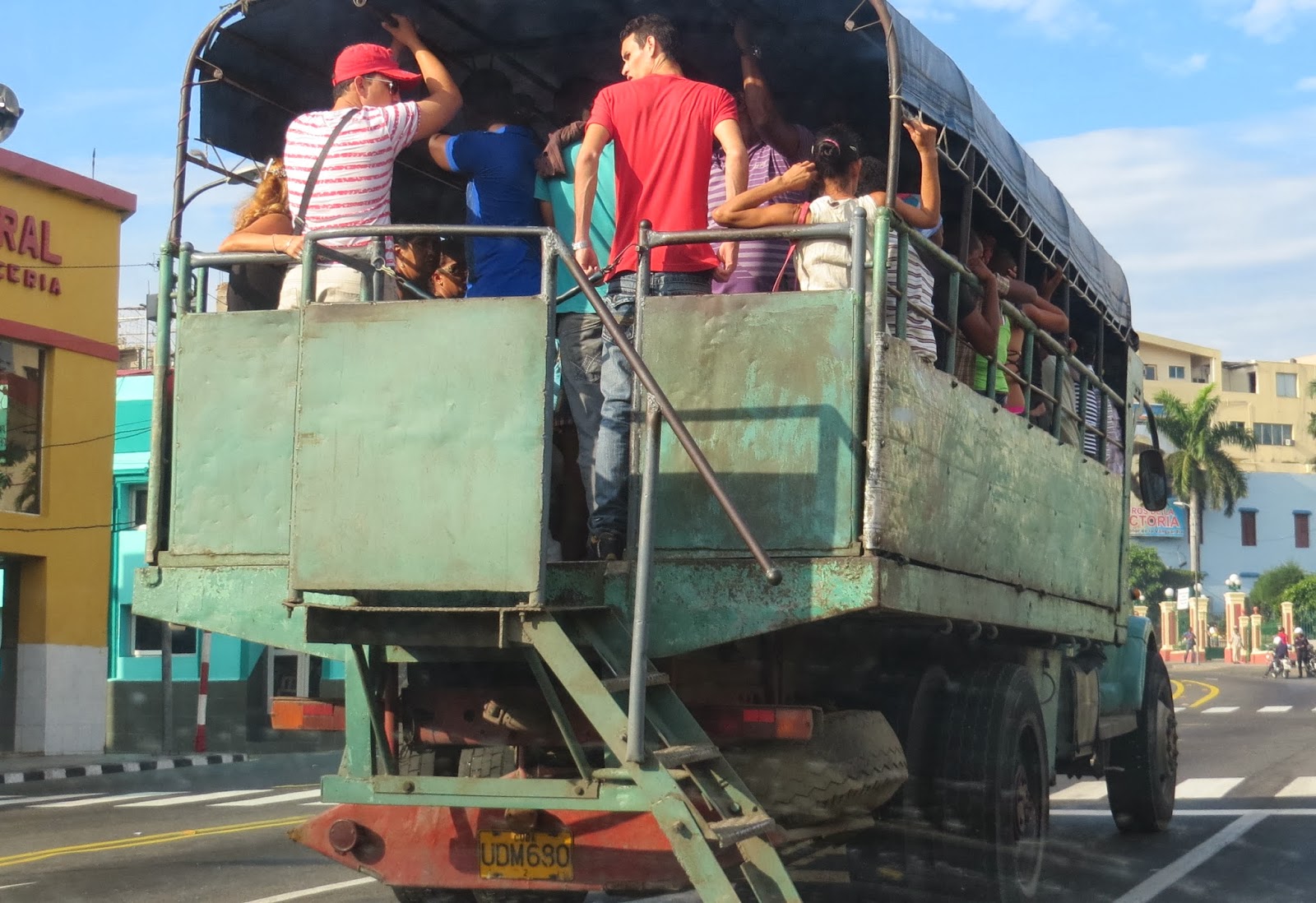 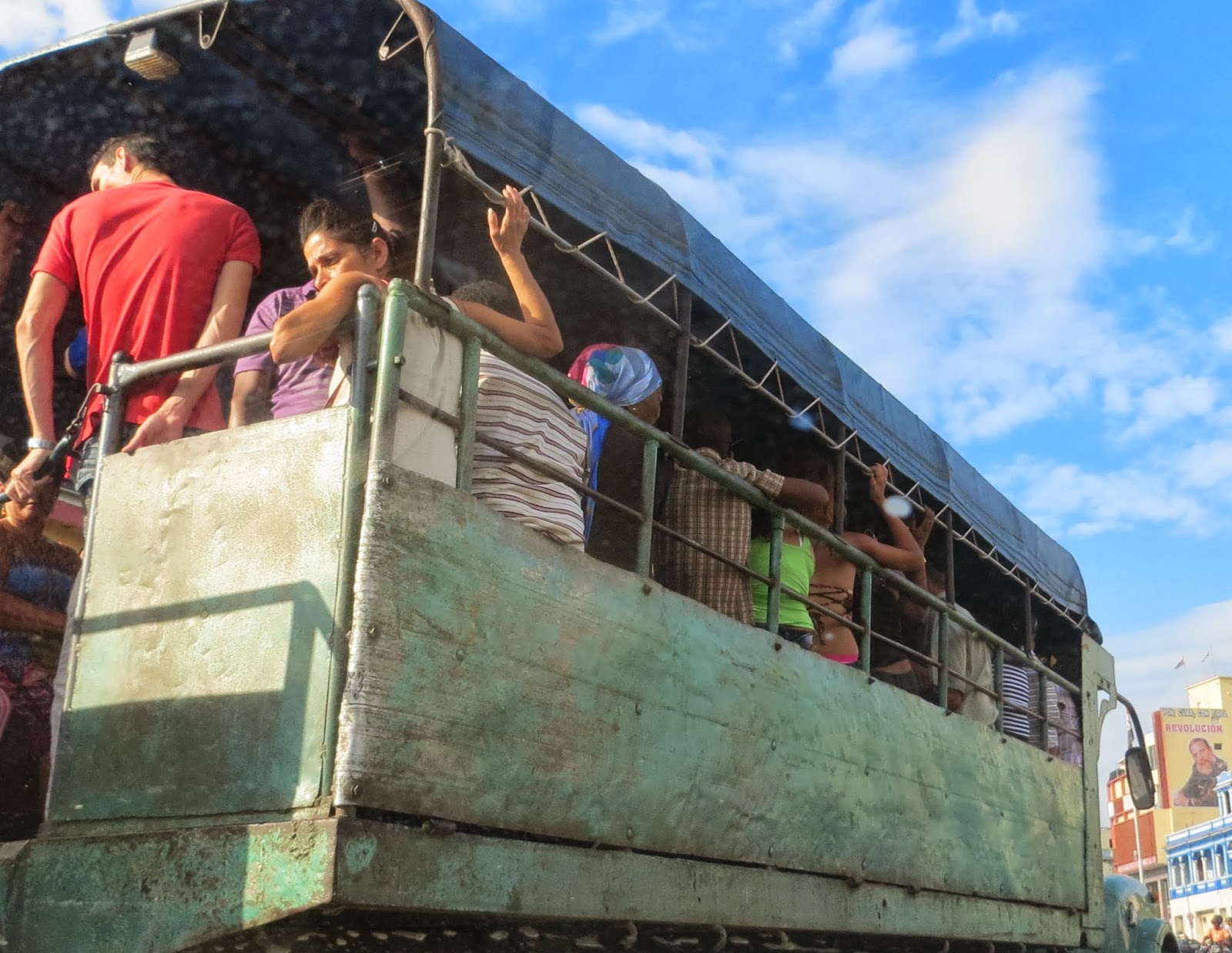 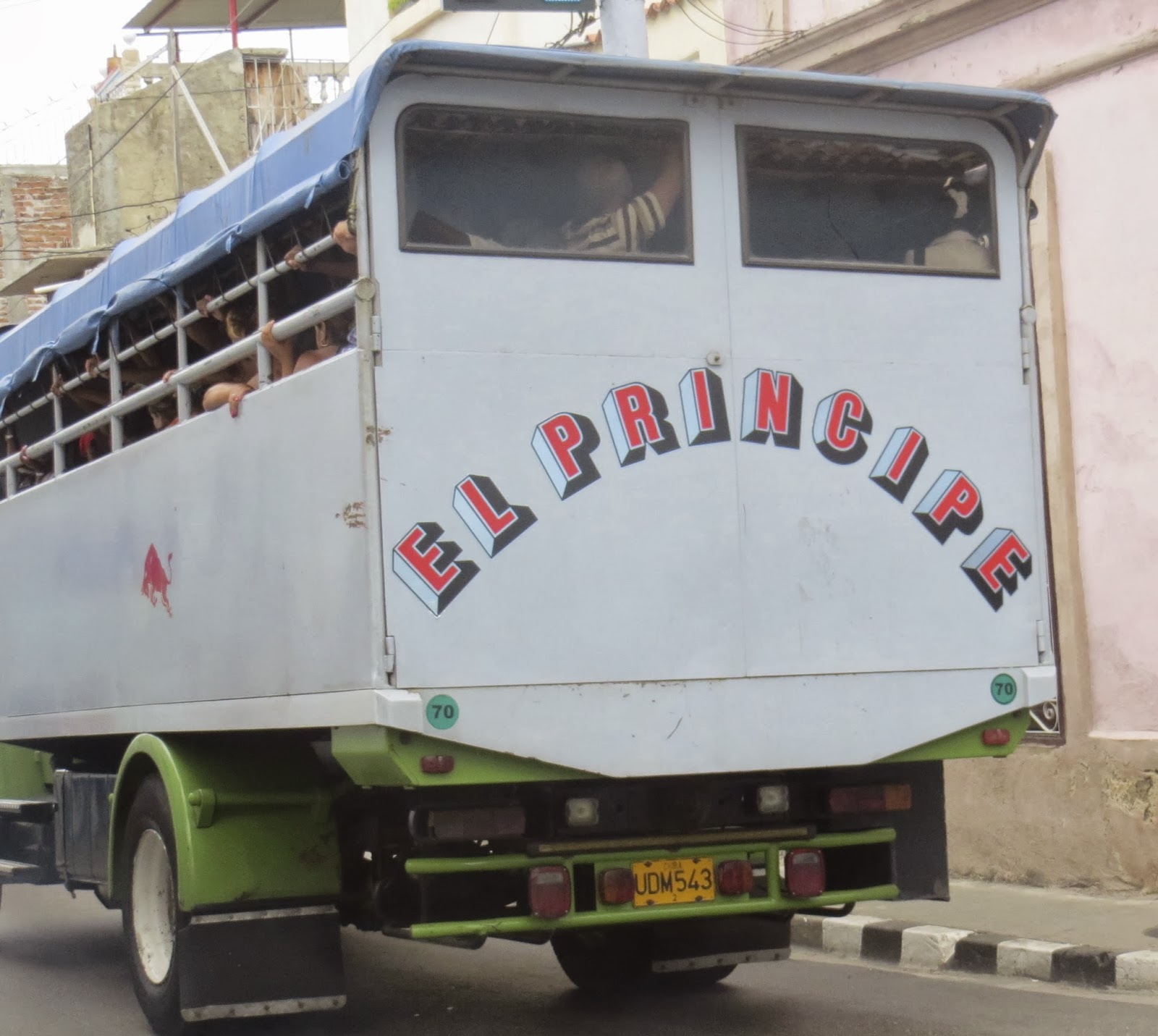 The Cuban Evolution, an article by Damien Cave, published by the New York Times on March 1, 2014, points out many truths.  Things certainly have changed in Cuba, and are continuing to change.  But just as many things have stayed the same for most Cuban people.


When I was in Santiago for a week recently, we went from place to place trying to find eggs, or chicken. “Pollo no hay. Huevos no hay”  (“There’s no chicken; there are no eggs”) was the common refrain.  Our host (we stayed with family) went out to the black market shopping area to buy beef, for us.  It was like leather.  The lines are insupportable.

The transportation (in Santiago it’s large enclosed trucks instead of buses) is awful. Even though, as the article points out, one can access Internet in hotels, it costs a fortune, and I wasted the $30 I paid for two hours, because it never worked.  The people have e-mail in the house, but that’s it.  As the article points out, they can use cell phones and texting, but that’s it.

We took our hosts to paladares (private restaurants) for lunch most days. But they had never enjoyed such meals before. Everybody we knew in Santiago worked in some capacity in a university, so they make the typical government stipend of $27 to $37 a month.  A meal in a paladar would cost more than one month’s income.

I met a young person who wants to study a particular field. But there are no books available, and no Internet available to obtain books.  So even if the university wanted to create a program, there’s nothing to create it with.


In my recent visits over the past few years, I have seen dramatic changes, and improvement for the people in some ways, but it’s not necessarily the way that tourists view it.

Like the author of the New York Times article, I wander through the parts of Havana and Santiago where tourists rarely go, and I see more little shops in residences and shopping areas than before, but the saying “Life is Hard in Cuba” still stands.
0 comments