The City of Santiago de Cuba, Cuba lies in the region called "El Oriente," meaning it's in the southeastern area of the country.  It is slightly westerly of Guantanamo.

"The City of Santiago rises above a large, blue-water harbor, which, in years prior to the Revolution was always dotted with ships bringing supplies from afar, and picking up sugar, rum and other products to carry to foreign ports. The harbor and city are protected from the ocean by an immense area of bay water dotted with islands and interrupted by peninsulas and islands. In times past, industrial buildings and a few small homes stood along the shore of the harbor. The Bacardi Rum distribution warehouse sat immediately on the docks, so the ships could load directly from the plant. The city is bounded on three sides by the lush, green foothills and mountains of the Sierra Maestra mountain range."

From Rooftop Restaurant of Hotel Casa Granda on Plaza Cespedes: 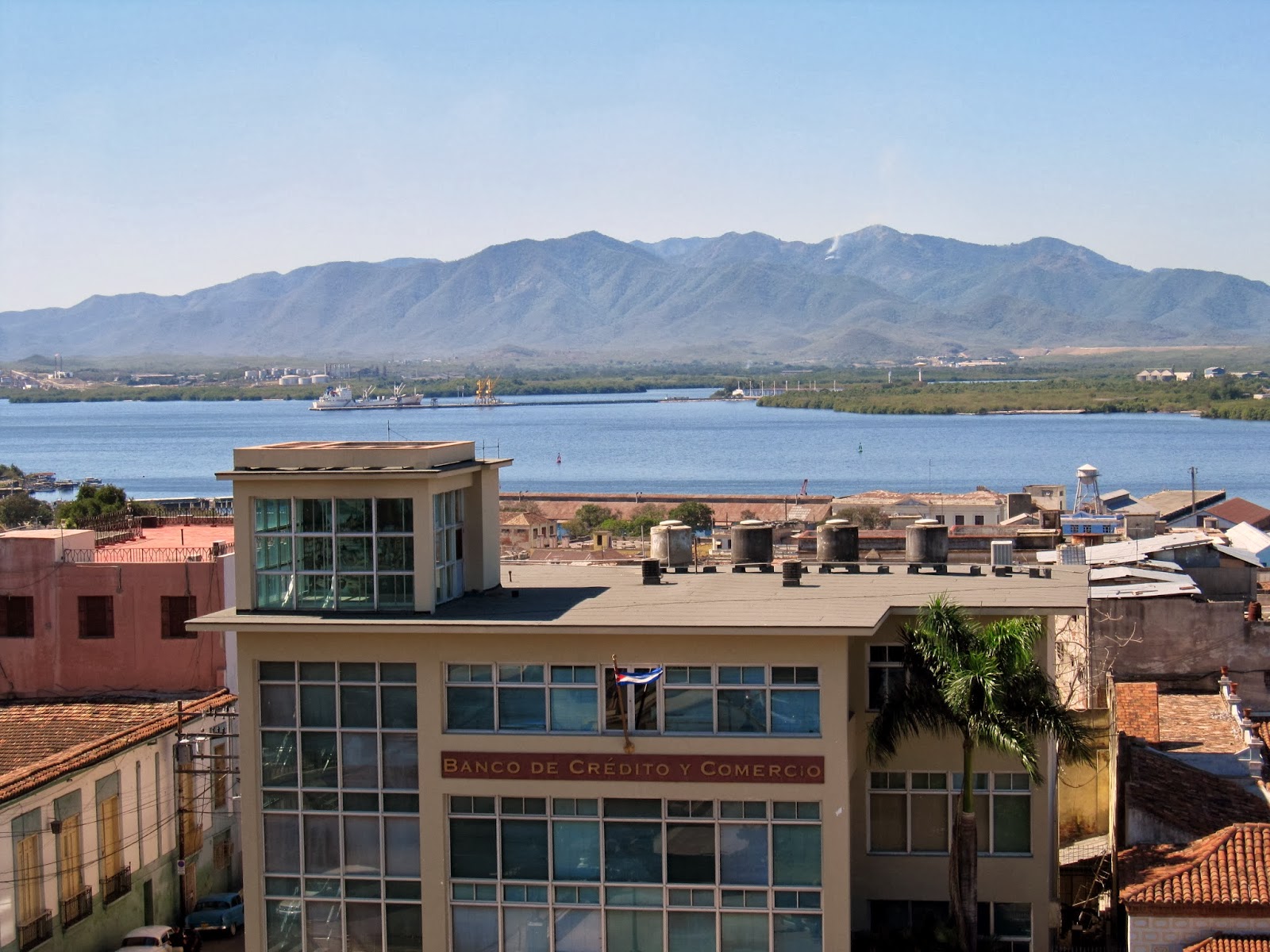 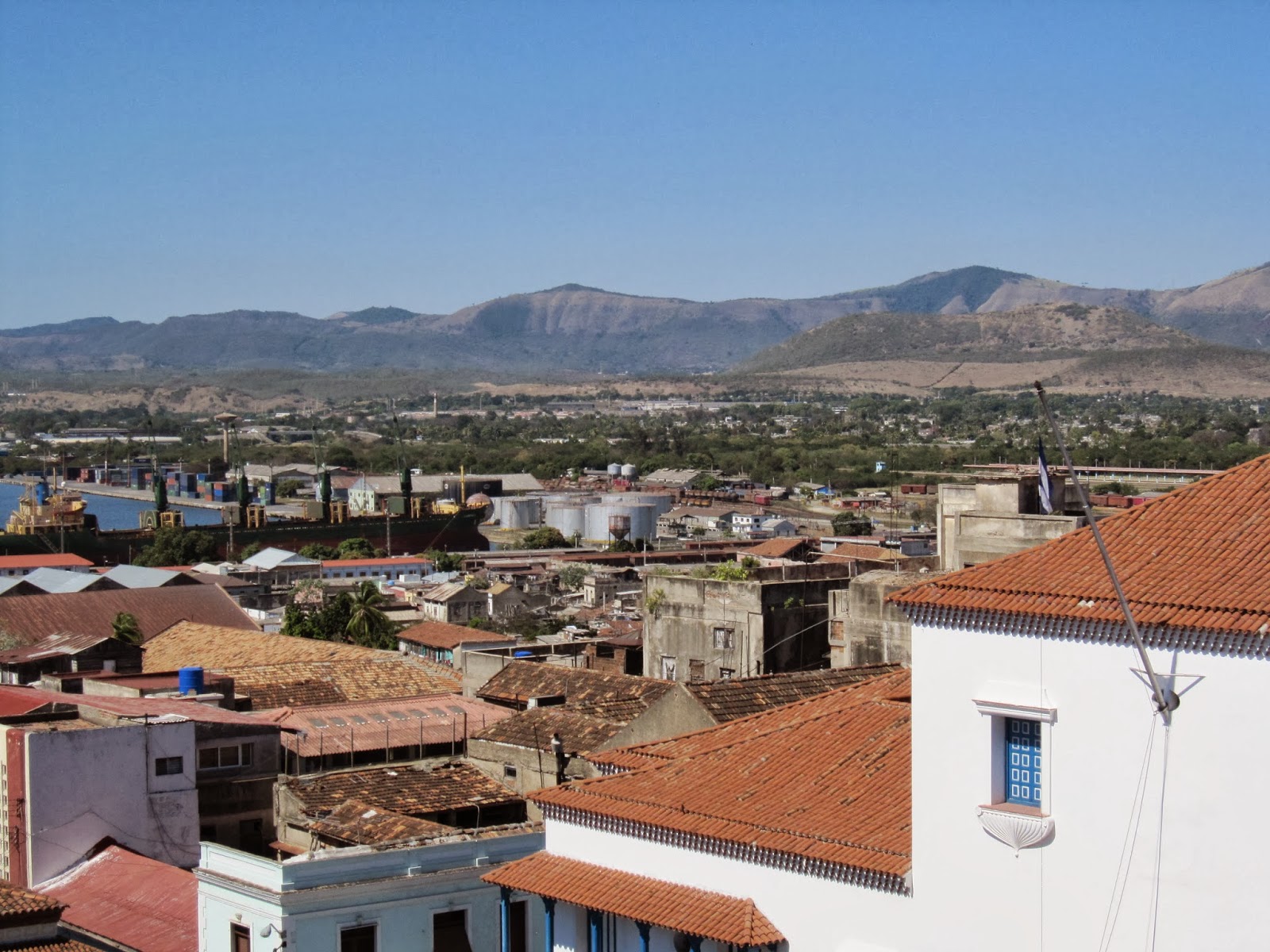 From the Civil Hospital, Saturnino Lora, in which Fidel Castro was treated and tried after the failed Moncada attack, at the Moncada army barracks, across the street: 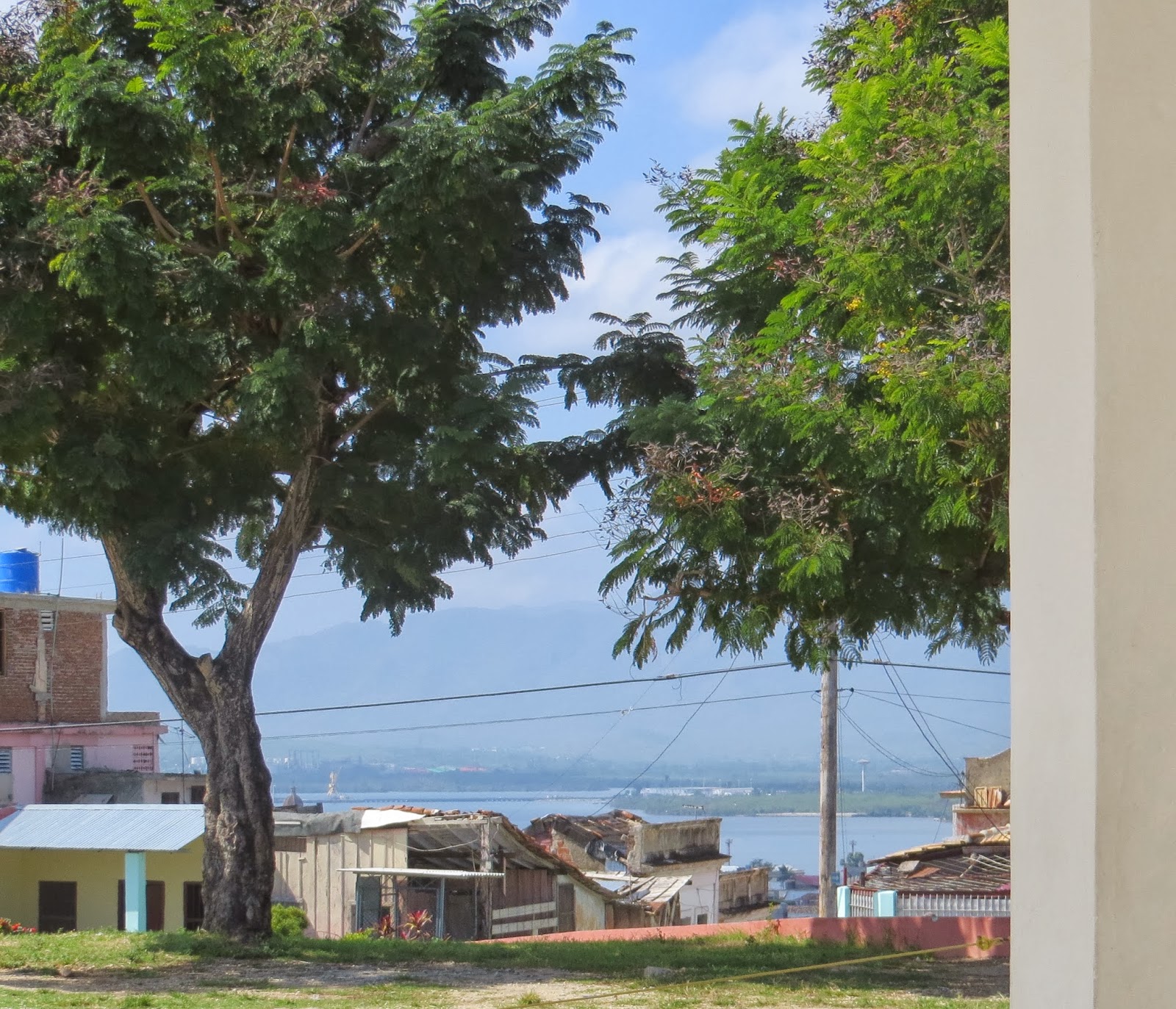 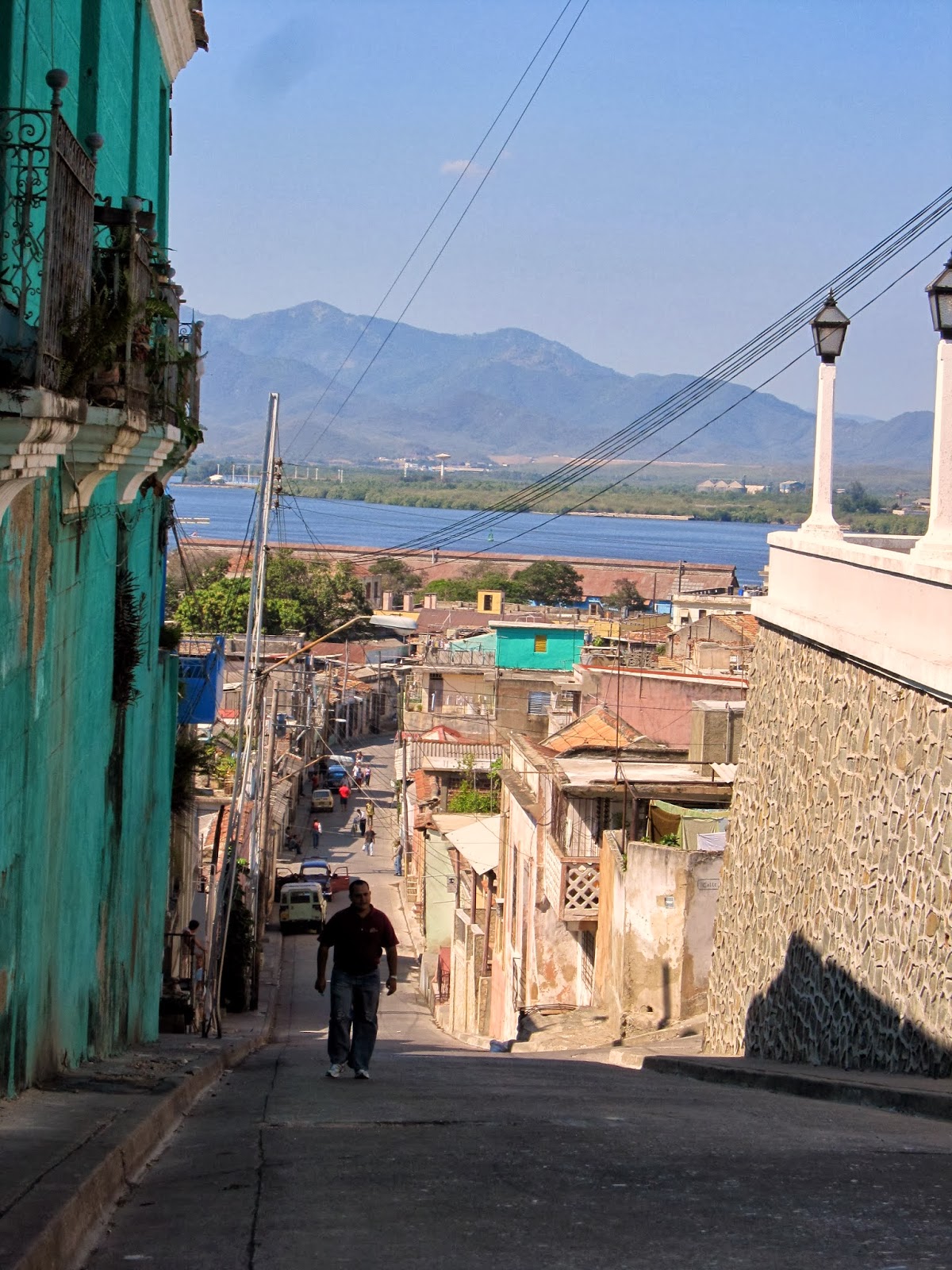 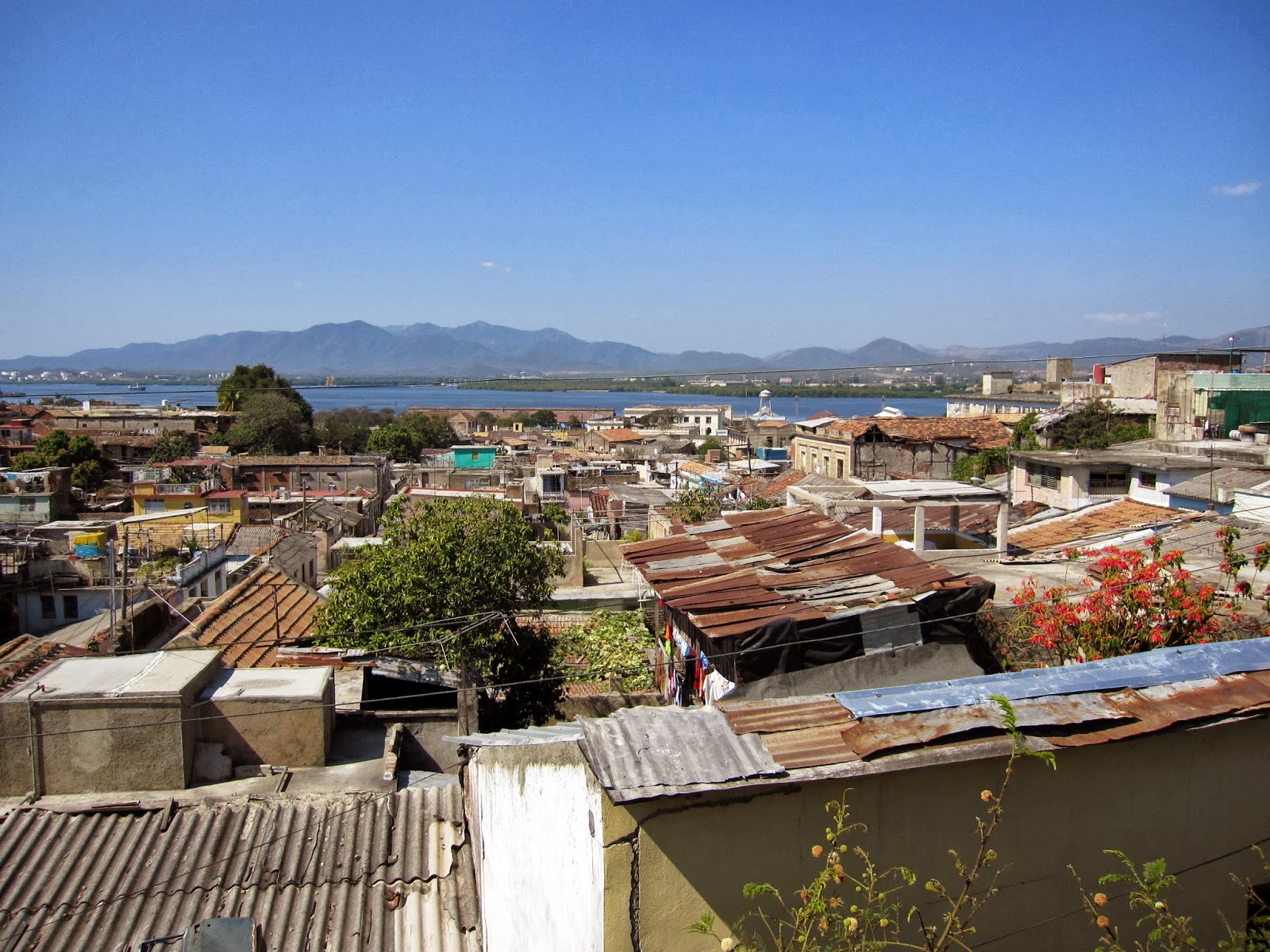 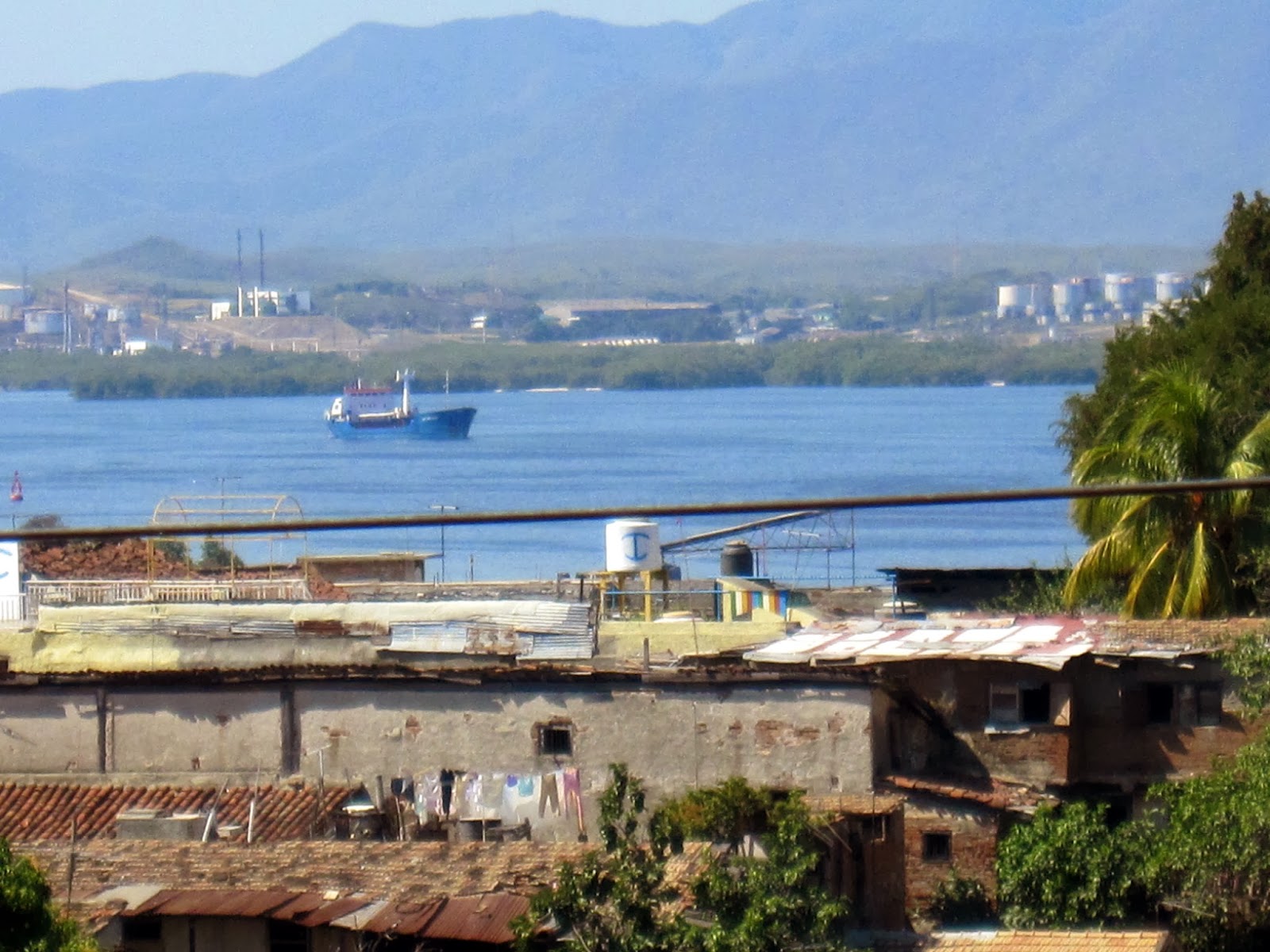 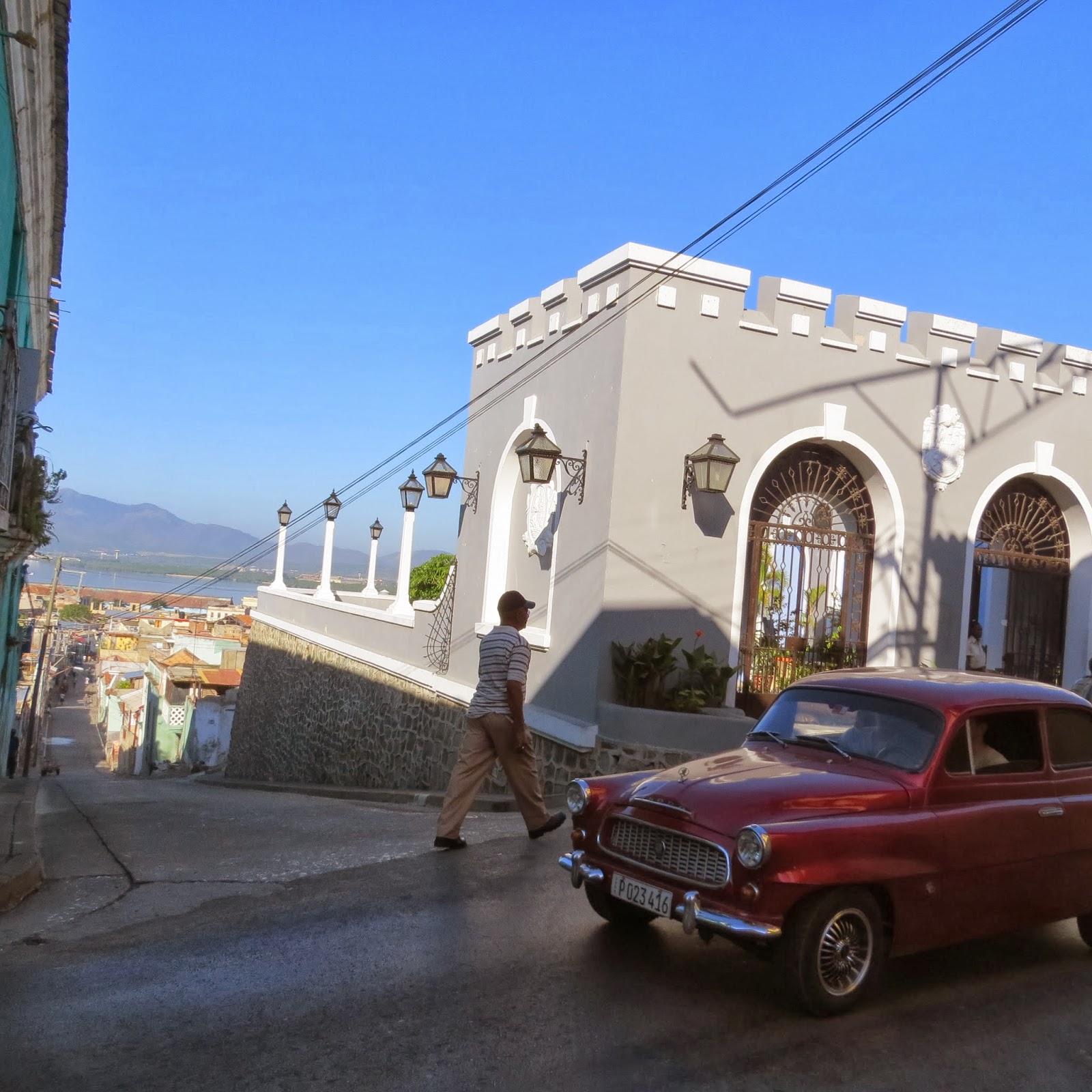 From the former Police Station, which was taken over in a coup, and is a museum called Museo de Lucha Clandestina "The museum was a former police station attacked by M-26-7 activists on November 30, 1956, to divert attention from the arrival of the tardy yacht Granma , carrying Fidel Castro and 81 others. It's up the slope from the western end of Diego Palacios.  Read more: http://www.lonelyplanet.com/cuba/eastern-cuba/santiago-de-cuba/sights/museums-galleries/museo-de-la-lucha-clandestina#ixzz2sdm7C2Cn": 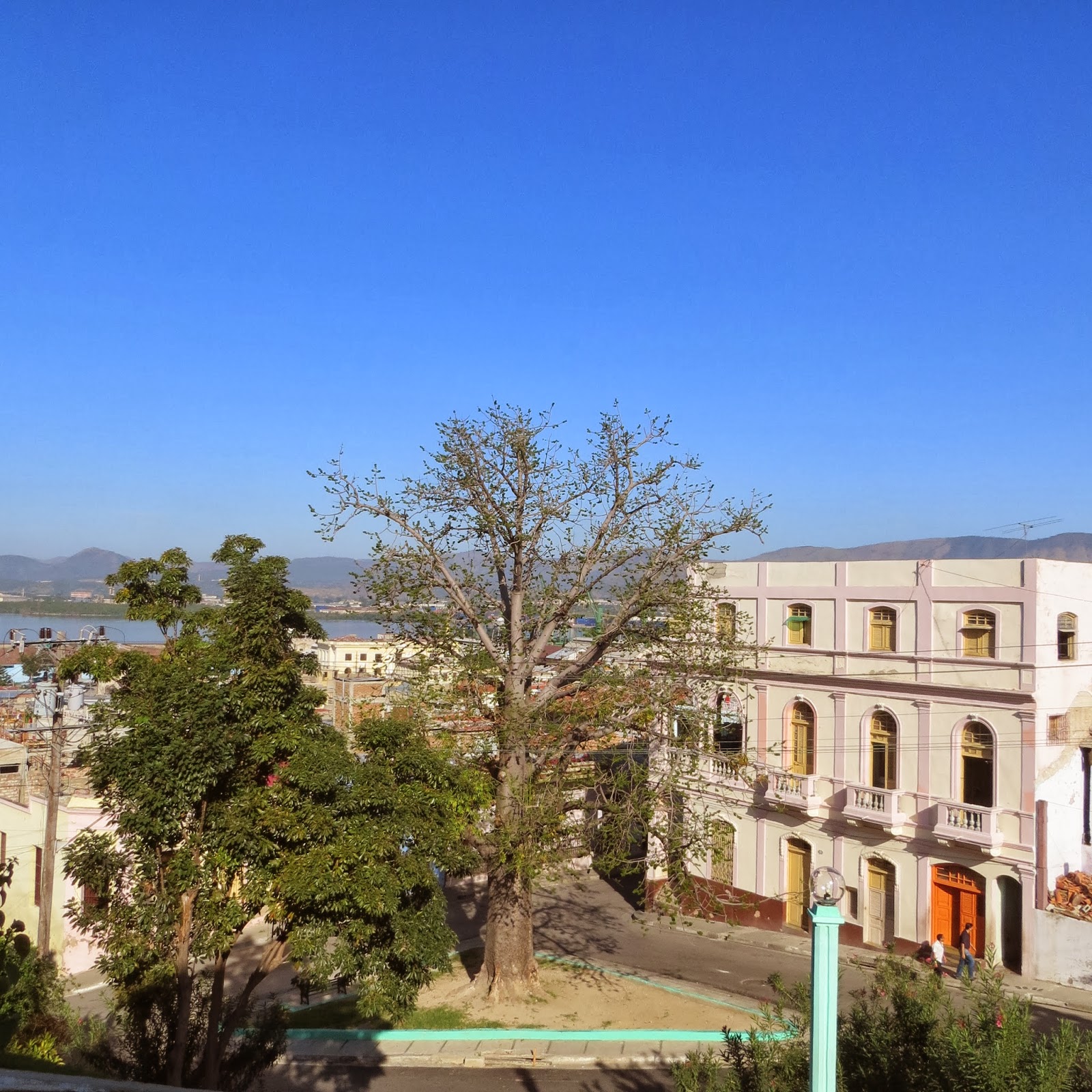 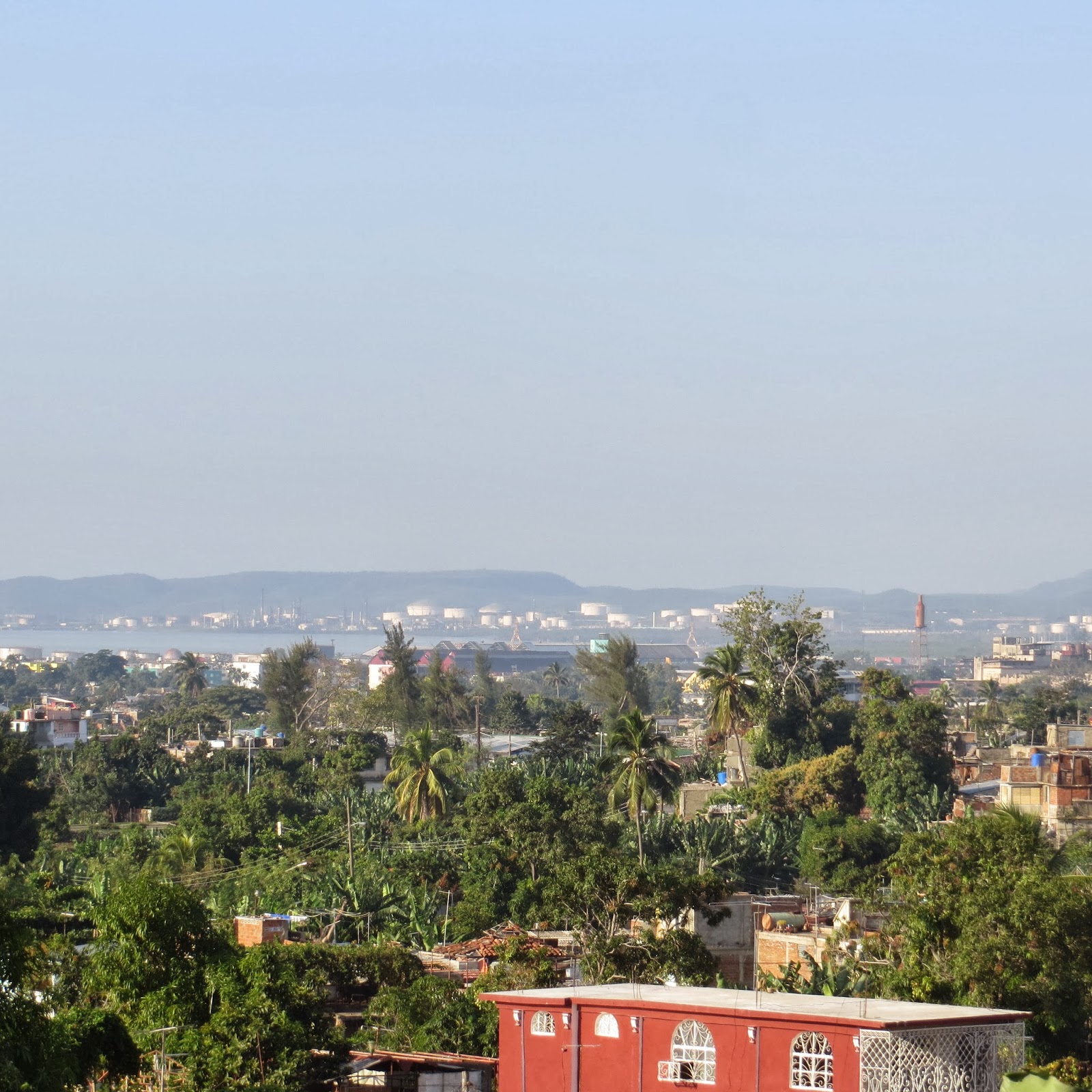 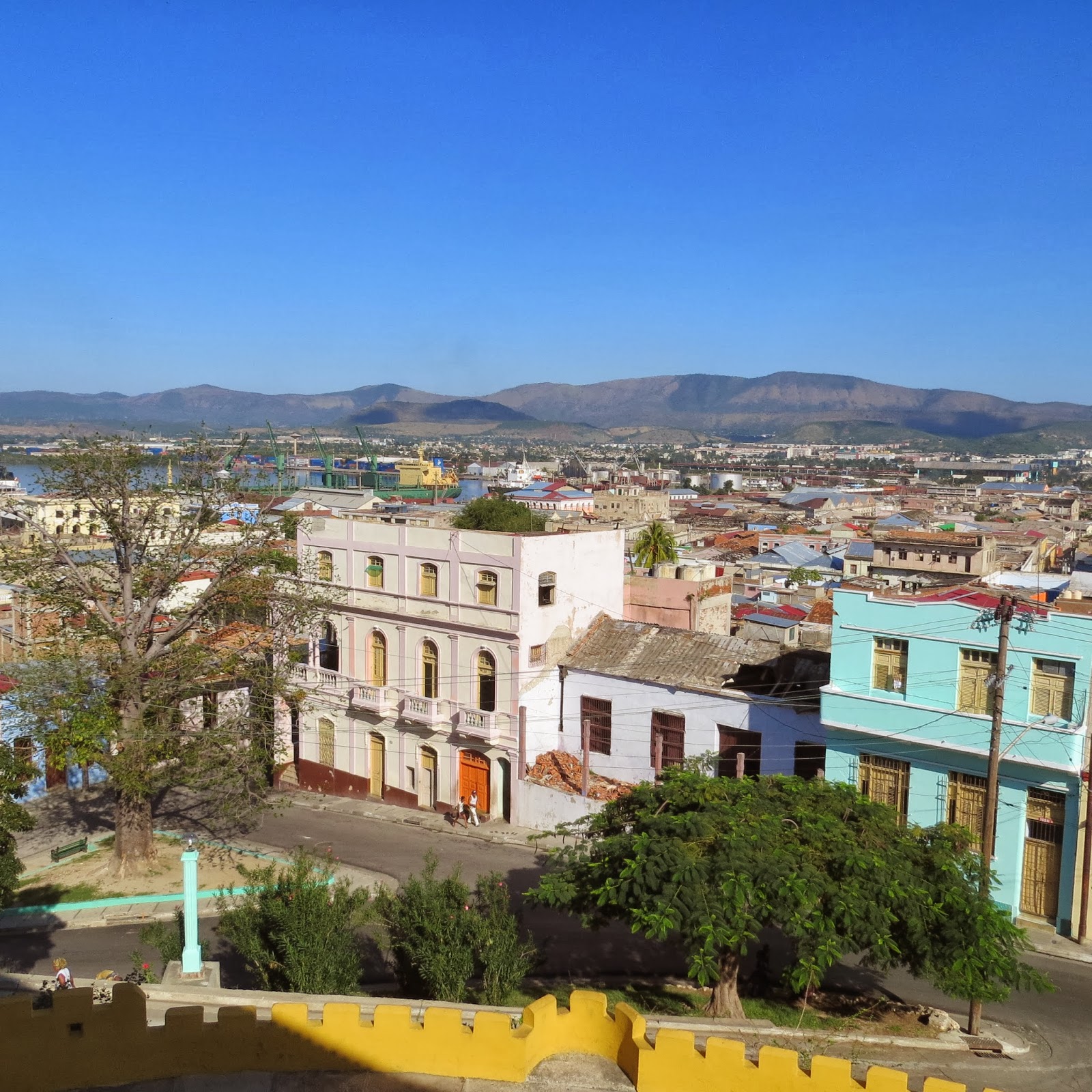 From a park near the inlet at Santiago, Cuba, looking towards the city.  It's a little misty: 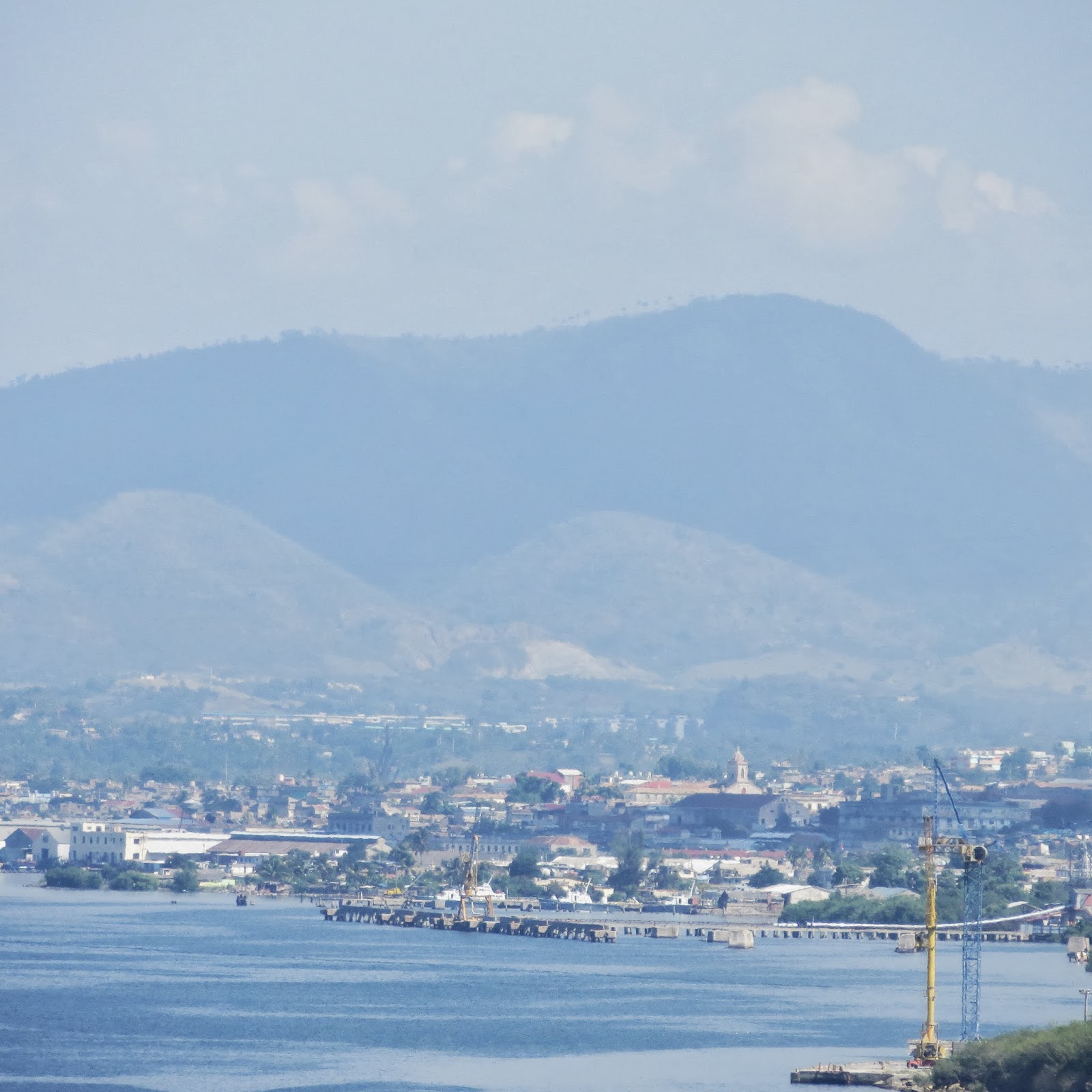 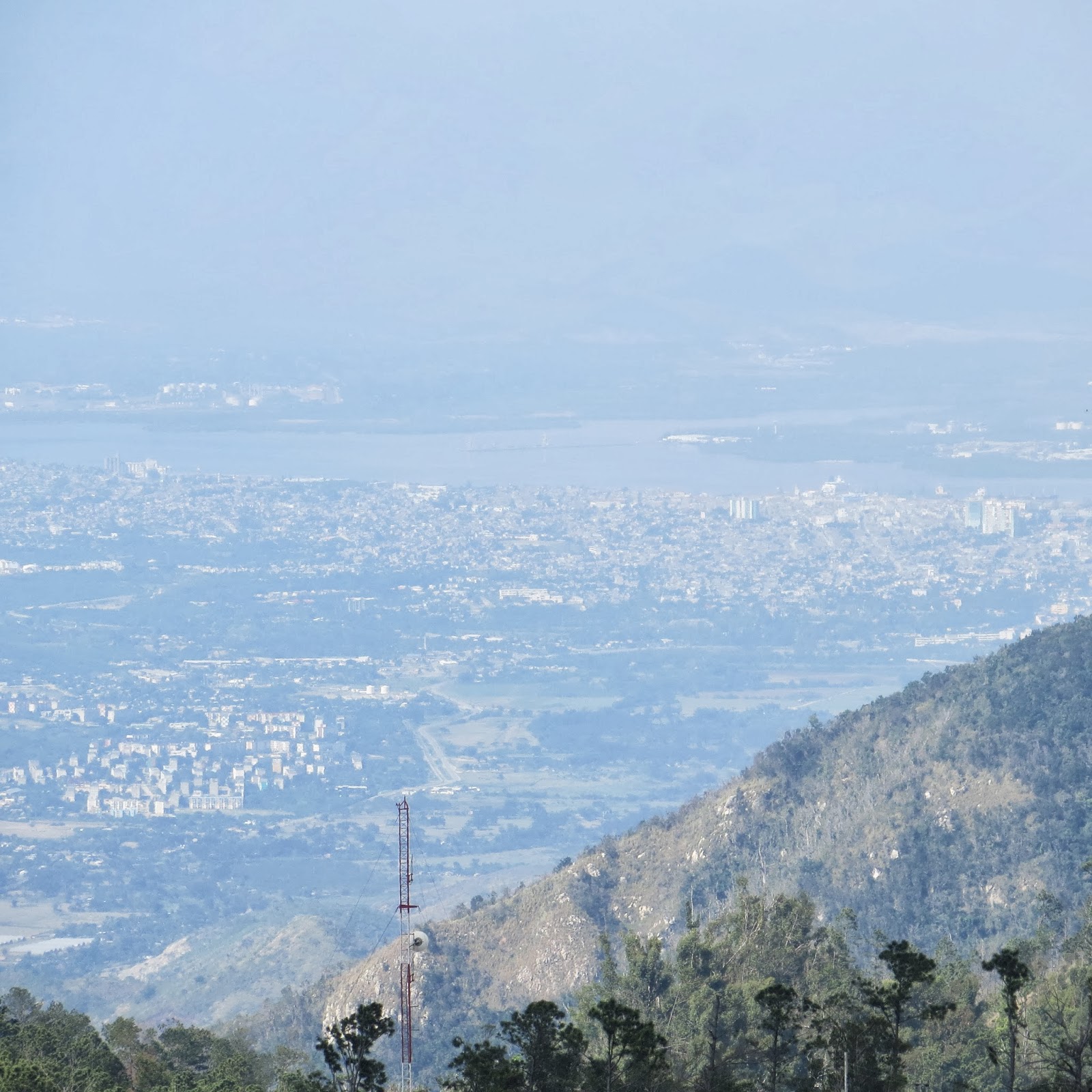 From Puerto Boniato, which is an elevated area, not a port at all: 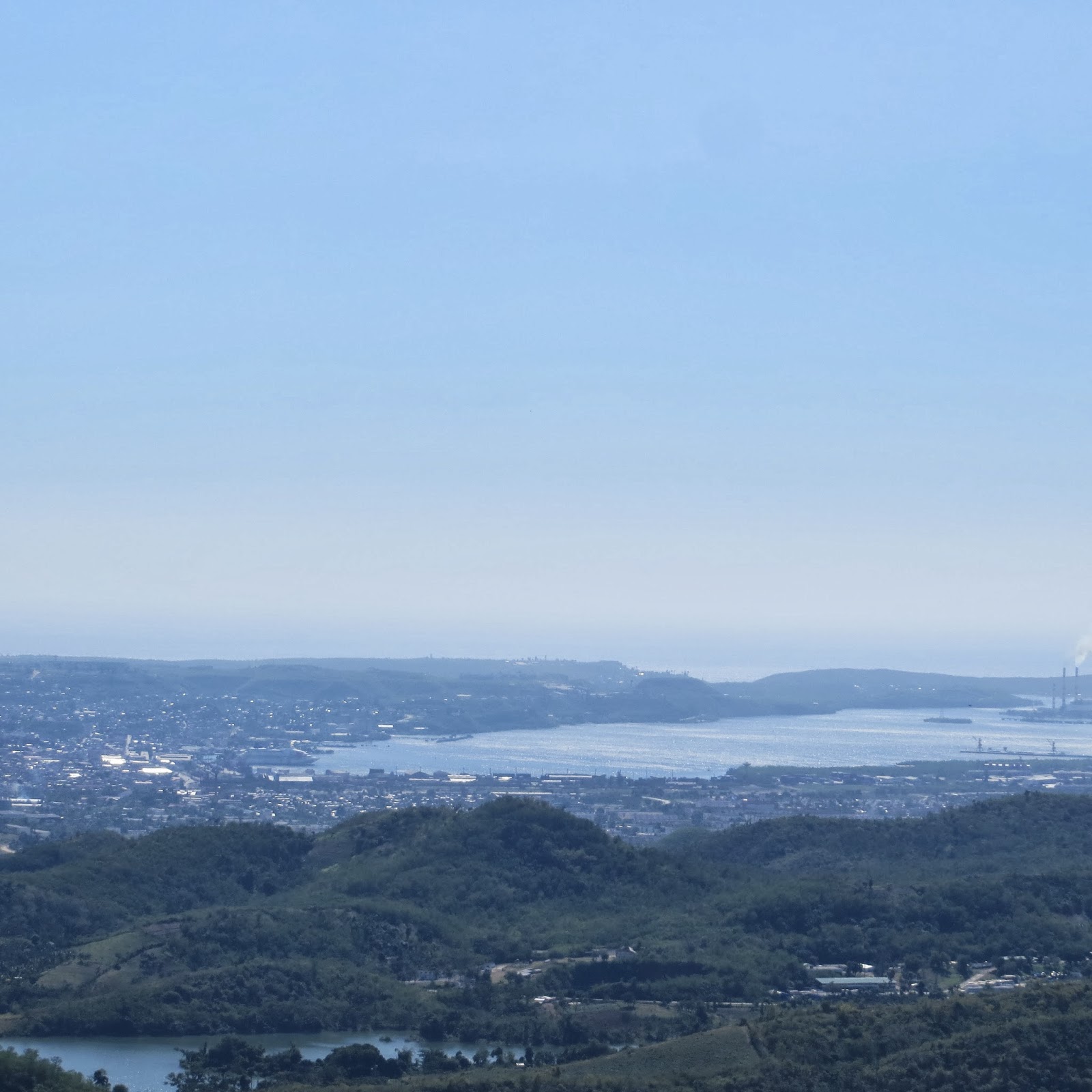 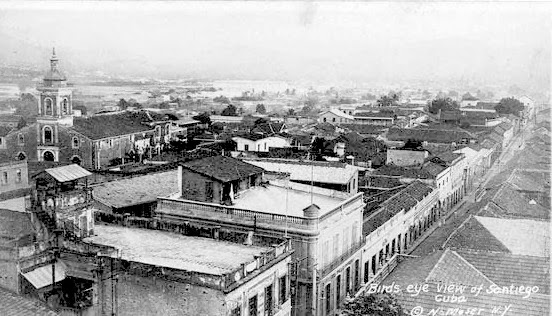 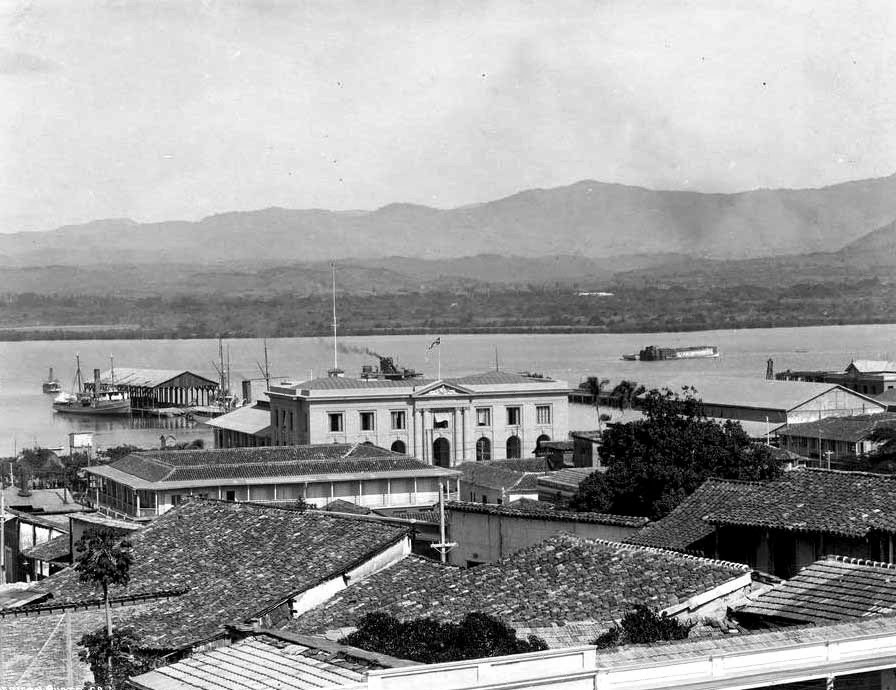