The Cuban Conundrum - by Christine Armario for the Associated Press has posted the following story.

MIAMI (AP) — A majority of Americans and even higher proportion of Floridians support re-establishing relations with Cuba, Washington's Cold War-era foe that remains blocked behind a five-decade economic embargo, results from a poll released Tuesday show.

The poll was performed by Atlantic Council, which also has information and interviews on its site:

The Daytona Beach News Journal posted a graph of the poll on February 16, 2014.  It may be from it, as it does not appear connected to the AP story per se. 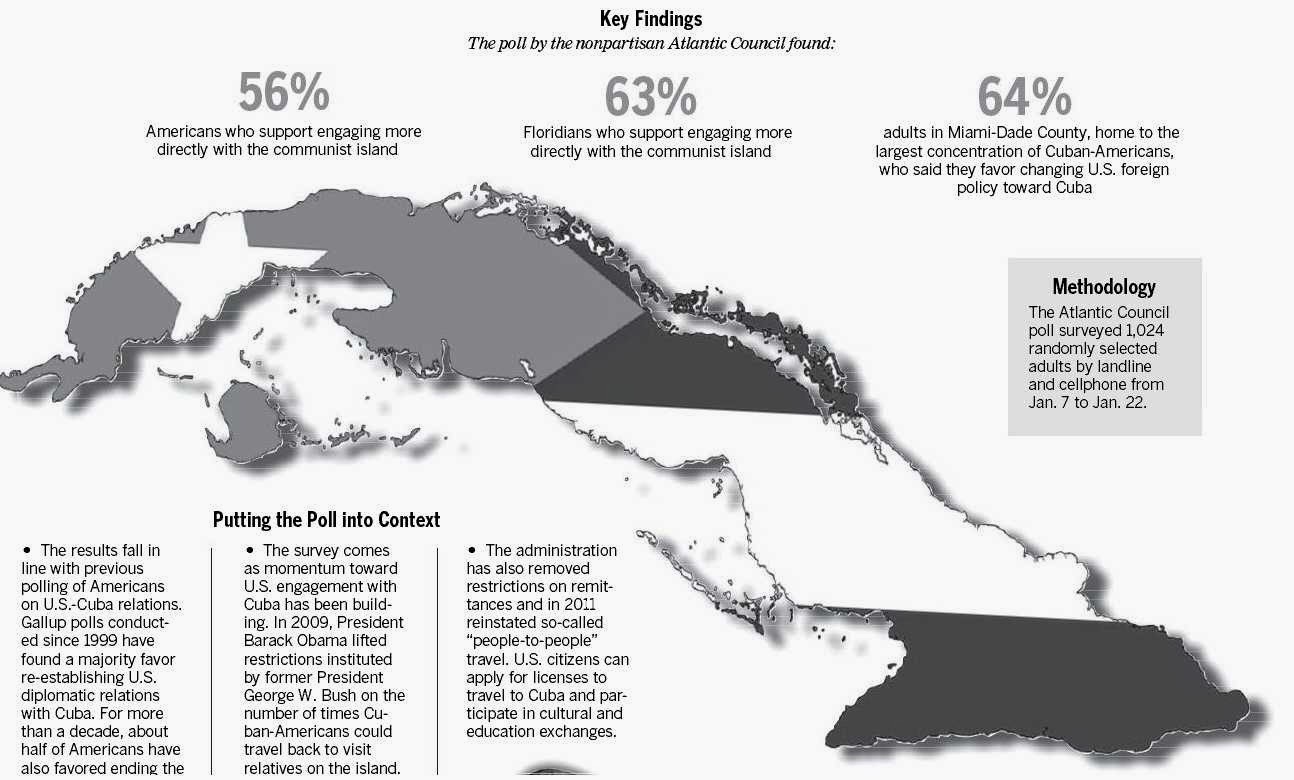