A lot of recent attempts to cross the Florida Straits from Cuba to Florida have been reported recently, and have not been successful.  This one was quite quiet, but successful.

Article has the following text next to this photo:
US paddle boarder from Tennessee, Benjamin Schiller Friberg paddles in the open sea of the Straits of Florida, between Cuba and US on Friday. A 35-year-old jazz musician has laid claim to being the first person to cross the treacherous Straits of Florida, separating Cuba and the US, on a stand-up paddleboard. Benjamin Friberg reached the beach at Key West, Florida some 28 hours after he set off from Cuba’s capital Havana with a support team in a catamaran alongside.

Food Products More Available in Cuba than in the Past 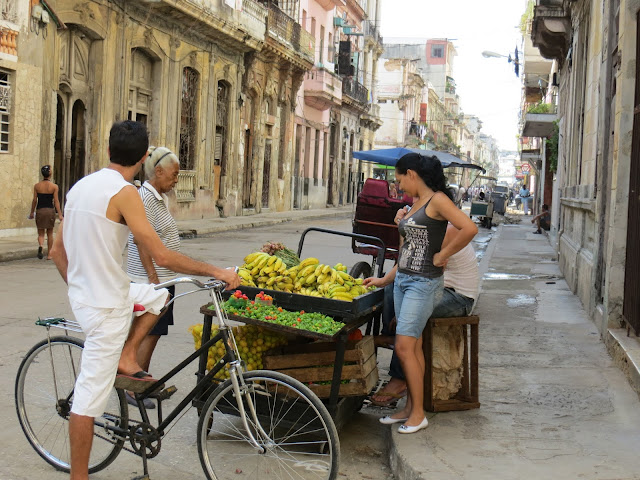