Things continue to change in Cuba. New rules have been implemented regularly. In the past couple of years, Cubans have been permitted to create businesses, and in fact encouraged to do so because many were fired from their government-paid jobs. New construction is prevalent.  The number of places to eat, as well as availability and quality of food have improved.  Cubans can now buy and sell real estate.  And they can now travel.  These changes are huge. But there are limits, and as always, there are odd and contradictory restrictions to every new rule.

I learned quite a bit about the new real estate rules on my recent visit, since I delivered cash to a family member so he could buy a home for his parent, and I visited and talked to others who were buying and selling homes, as well as some who had recently bought and sold. 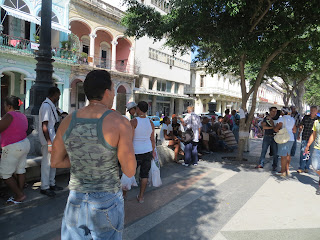 Thus, people have owned property since the revolution.  But until recently, it was illegal to buy or sell property. It was legal to trade one home for another, and any money that changed hands was generally done under the table.  This trade of property is called “Permuta.”  The verb is “Permutar.” People line up along El Prado, the long open walkway in Havana, with signs announcing what they would like to trade, and what they would like to receive in return.  Often, they are looking for a place in a different part of the city, maybe closer to work or family. 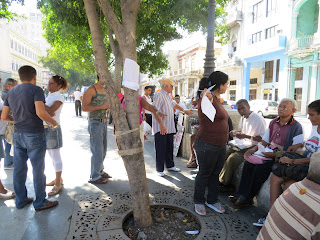 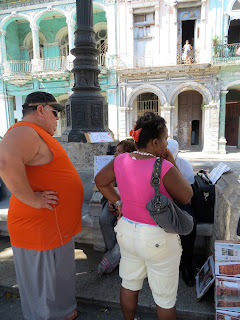 Now that one can buy and sell, they still line up along the same walls on El Prado, and announce property for sale. Some still offer Permuta.  It may say “Se Permuta” and describe what the person owns, and below it say “Necesito”, and say what the person is looking to receive in return.

Here are a number of photos taken in January 2013 of people selling properties. You will see people holding signs and photos, postings on trees, etc. 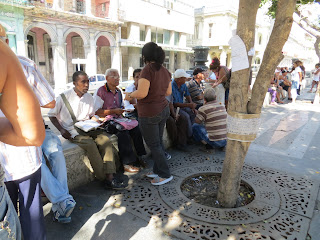 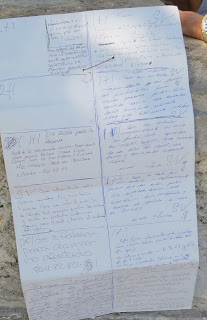 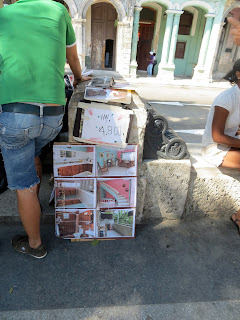 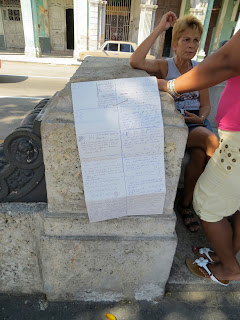 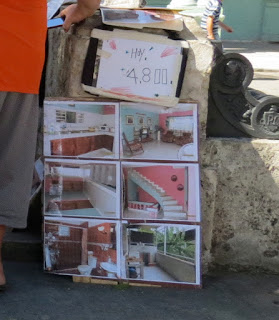 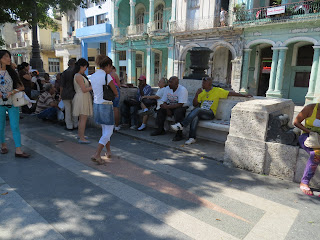 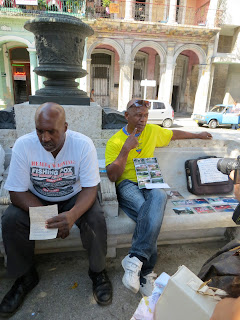 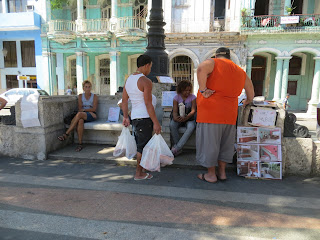 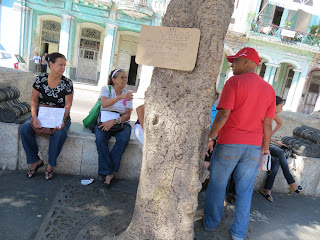 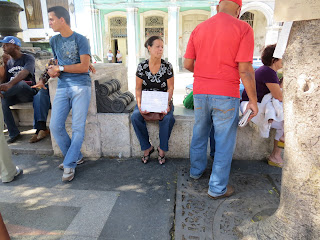 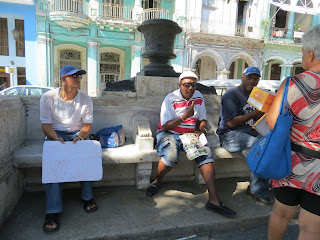