What Hurricane Sandy Did at Melia Hotel in Santiago de Cuba

I saw a friend who just returned to Havana from Santiago de Cuba.  Told me the following:

"We were staying in the Melia Hotel in Santiago de Cuba the night Sandy hit.  The Melia is a large, impressive hotel, so we felt pretty safe.  But at three in the morning all hell broke loose. It was like being in a hurricane, a tornado and an earthquake all at the same time.

We were on the 6th floor.  The entire top floor, which I believe was the 20th floor,  was an elegant bar / restaurant.  The wind rocked the building furiously.  Debris continuously hit our windows and exterior walls. But the worst part was that the building rocked to and fro. We could feel creaking inside the walls, and we feared the building would collapse.  But we didn’t know of anywhere to go to feel safer. Obviously, we couldn’t take the elevator.  But even if we went down the emergency stairs, we wouldn’t be able to go outside when we got to the ground.  The lobby could be as bad or worse, since it had large pane glass windows, and if the building fell, it wouldn’t be any better to be on the ground than on the 6th floor.  So we rode it out, petrified.

Suddenly, the whooshing wind, pounding rain and smashing items seemed quiet next to another noise. It sounded like a huge explosion far above us, and maybe more than one.  Then we heard more sounds of large objects banging into other things. Outside the windows (which we shouldn’t have been looking out, but we were), we saw large chairs, equipment and a piano falling to the earth, some banging the building on the way.

“What happened,” I asked my wife?

“I think the roof must have come off. That seemed to come from the restaurant on the top floor.”
The rocking became louder. More debris swirled around.  The rain came harder again.

Then something new began to happen.  It sounded like huge sewer pipes opened in the walls.  The sound of a huge water flow passing down through the building overtook the sounds we heard outside.  Again, we worried the building would come apart at the seams from the pressure of the water passing downwards from the roof.

Eventually, things calmed. The building remained intact, at least in the area of our floor.  We went down the exterior emergency stairwell, and found the glass that enclosed it broken in many places. We were glad we hadn’t entered it in the nighttime, and perhaps been sliced by flying glass.  Outside, it was unbelievable.  We realized that the roof hadn’t come off, but it might as well have because the restaurant floor was gone.  Many other higher floors were also badly damaged.

We were able to see exposed girders and other interior structures.   It appeared to us that the hotel will not be able to reopen for some time.  The interior damage is immense.  When we left Santiago, there was still no electricity in the area, and thus no Internet. This is one of the few hotels that offers wi-fi. It obviously won't be for a while."

Here are photos of the hotel and surroundings. 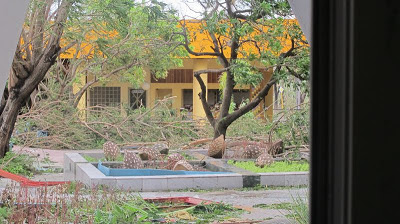 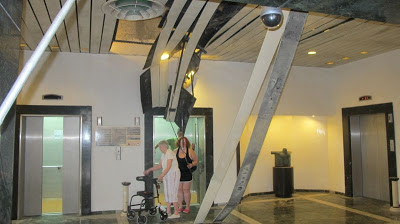 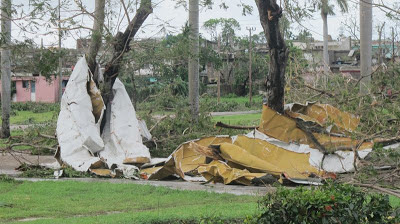 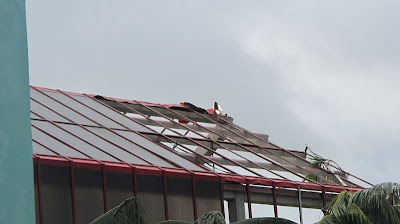 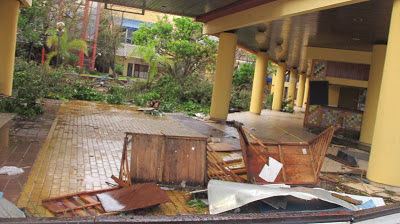 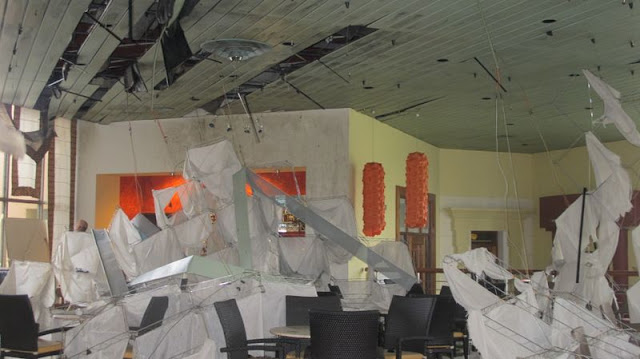 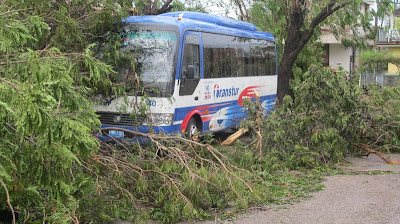 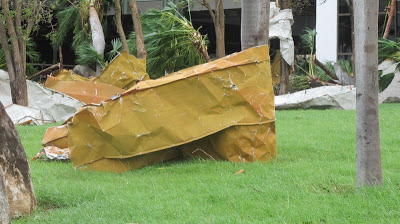 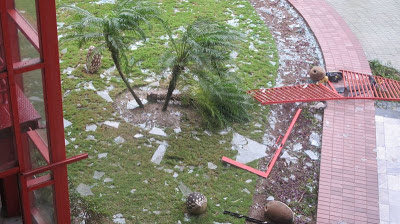 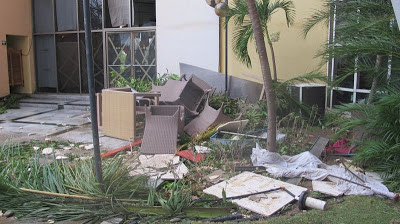 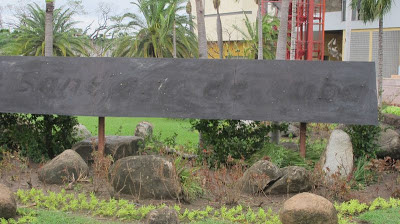 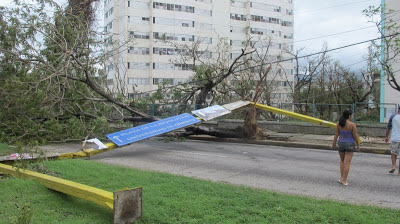 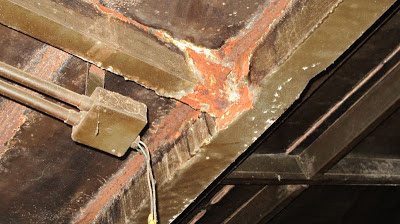 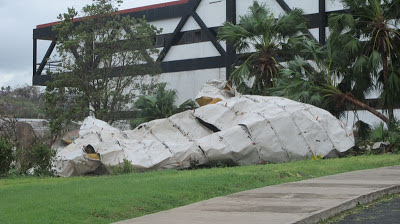