A number of news agencies have reported that the Cuban Vice-President’s daughter is now living in Tampa, Florida.  Following is a link to an article, for example, published in the Miami Herald:

According to the article and other sources, Cuban Vice President Marino Murillo “sometimes mentioned as a possible successor to ruler Raúl Castro.”  According to the article, Marino Murillo is known as Cuba’s “reforms tsar,” after Castro put him in charge of executing vast financial reforms.
It says, “Glenda Murillo Diaz crossed the Mexican border at Laredo, Texas, around Aug. 16, the sources told El Nuevo Herald, meaning she was paroled under the wet-foot, dry-foot policy, which allows Cubans who set foot on U.S. land to stay.” ‘
The article says the 24 year-old left Cuba about two weeks ago to attend a psychology conference in Mexico, but arrived at the home of an aunt who lives in Texas.
While we in Florida think of Cuban refugees arriving by raft, many Cubans find their way to Mexico to walk across the border into the U.S.
The writer says, “Her decision to abandon communist-ruled Cuba and settle in the historically antagonistic United States would be a vote of no-confidence on the profound economic reforms that Castro has ordered and that her father is in charge of enacting.” 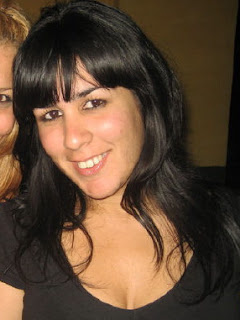 The writer indicates that her residence in Tampa is confirmed, and that has posted information on her Facebook page indicating that she is indeed living in Tampa. Her Facebook page shows the scales of justice and indicate she studied law and the University of Havana.
Yoani Sanchez, well-known Cuban dissident blogger, wrote on her blog, Generation Y, an article called TEMPERING DAD. The link to Yoani’s article is:
http://www.desdecuba.com/generationy/?p=3126
In it, she paints a very different picture of the President, and seems to indicate that Glenda and her siblings have long been lacking in support for her father and the government he helps lead.
She says Sr. Murillo’s whole attitude has changed remarkably since his daughter left, and that she regularly criticizes the Communist party to him.
If one clicks into the comments on what Yoani has stated, she has started a wild-fire of animosity.  But it is interesting reading.