Propaganda is everywhere in Cuba.

State television will show Fidel in black and white, strolling through sugar cane fields. I’ve met two families who have stolen satellite connections to the U.S. What a hit that is. When I took Oswardo to his first hotel two years ago, he got lost in VH1.

There are signs, billboards, graffiti. Socialism is ingrained in the schoolkids. Parents can get into trouble if they criticize or question the government in front of their kids. Nobody can question anything without worry of being arrested, or worse.
Overlooking the Plaza de la Revolucion, there are two government buildings with familiar faces: 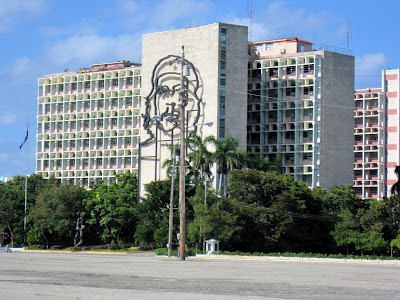 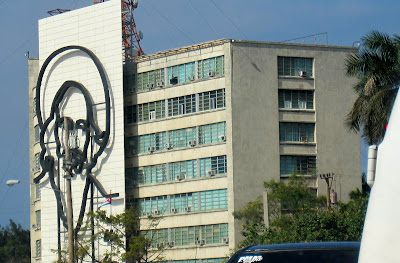 I came across graffiti that says, “Down with Batista – Assassin.” I presume it’s real, and 50 years old, but it could have been added recently for all I know. 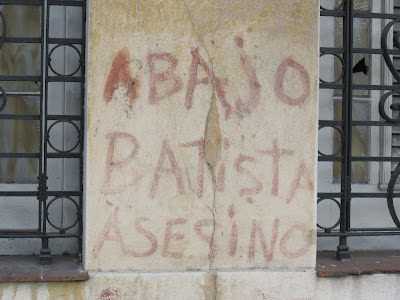 Here’s one I found, I think on La Rampa. I saw it two years ago, and again this time. It says, “Before the worldwide capitalist crisis, we had no choice but to unite ourselves and confront it. – Raul Castro. 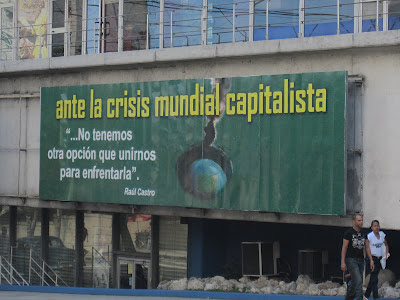 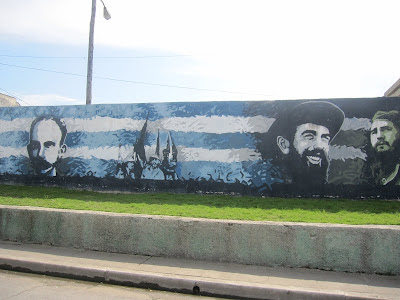 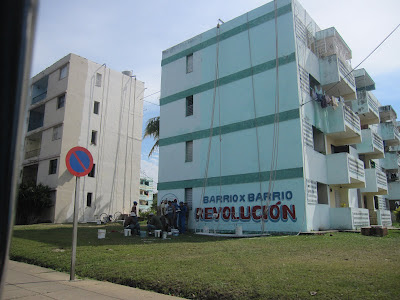 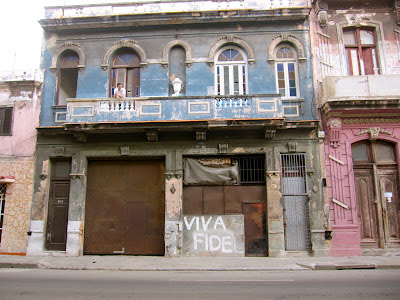 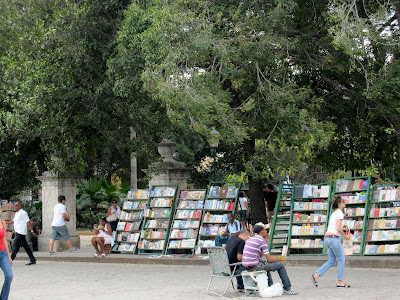