I spent a lot of time on El Prado today. This is what Lonely Planet says about it:

“Construction of this stately European-style boulevard (officially known as Paseo de Martí) began outside the city walls in 1770, and the work was completed in the mid-1830s during the term of Captain General Miguel Tacón. He also constructed the original Parque Central. The idea behind El Prado was to create in Habana a boulevard as splendid as any found in Paris, Florence or Madrid. The famous bronze lions that guard the central promenade at either end were added in 1928.”

It’s a great place for people watching. A prostitute might approach you. Or maybe not. You will see school kids, artists, art classes, food being served, tourists, locals, and whatever you might be interested in. It starts, or ends, depending on your point of view, by the water, and runs straight up past the Capitolio. The walkway is bounded on both sides by a the street.
You can ride a horse and buggy, or an 50’s era American Chevrolet. You can walk. You can sit. 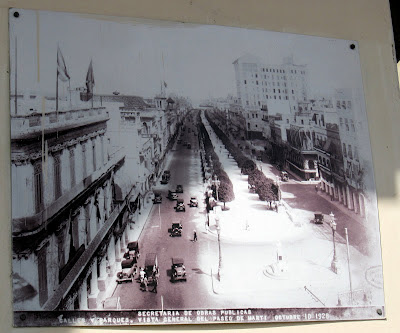 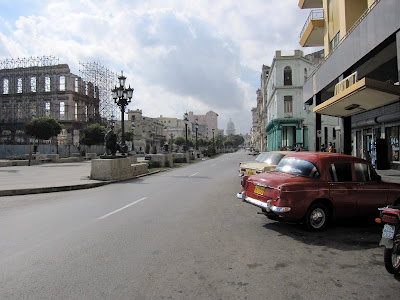 These photos are down by the water. The walkway ends half-way to the Capitolio. 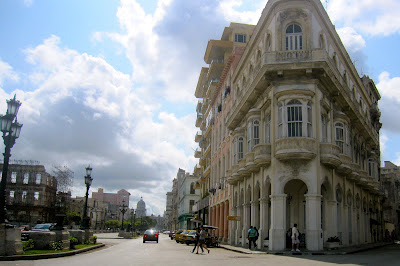 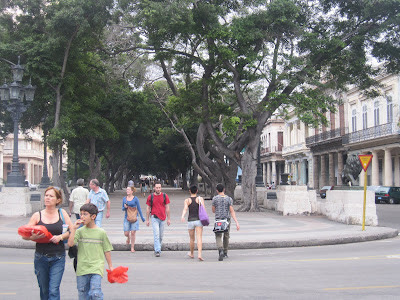 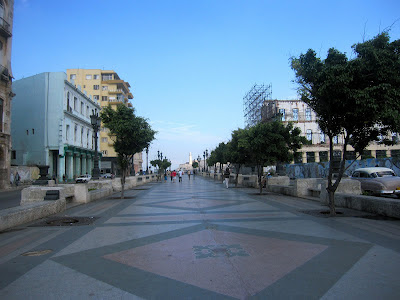 Email ThisBlogThis!Share to TwitterShare to FacebookShare to Pinterest
Labels: El Prado Near Water