I had been reading a couple of books by a well-known Cuban author, who is also internationally known, although not so well-known in the U.S. His name is Leonardo Padura. He generally writes crime novels, with a main character, a retired cop named Mario Conde, or “El Conde”, translated as “the Count,” who drinks too much, smokes too much, and always gets drug back into working as a detective to solve a crime.

I wanted to find some of his books because it wasn’t so easy to do so in the U.S. I had found an English translated copy of his book Adiós Hemingway in my local library and had brought it with me. I also had found an English translation of his Havana Black, electronically, which I had on my Nook. But I wanted the original Spanish versions of something. I went to the Book Fair and three bookstores before I found one.

We kept asking people where one could find a Padura novel. If he’s so famous, why can’t one find his book?

Finally, somebody directed us to a used book establishment in an old house in Vedado. Reinaldo drove me there. The store was on the porch, where four unattractive dogs lay. Behind the wall, books and other items were stacked to the celing. 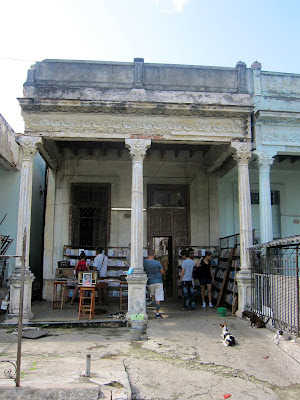 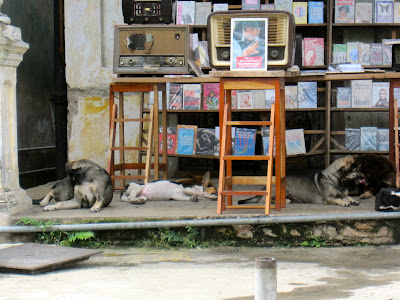 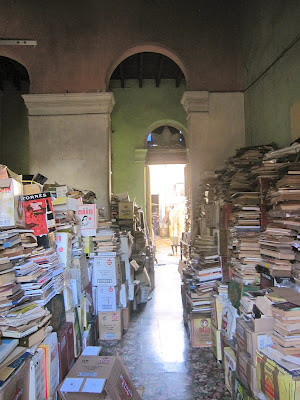 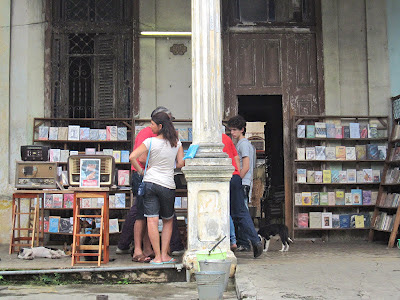 The book dealer became very excited by my interest in Padura. He wanted to sell me every book in existence by him. He pulled out a number of books and magazines, and was promising more. They weren’t cheap – the prices were in CUC. He saw a gold mine in me and kept trying to get me to buy more, to buy other authors, to buy everything Padura had ever published. I ended up paying $65 total (which I bid down from $70) for the latest and most famous book, El Hombre Que Amaba a Los Perros- The Man Who Loved Dogs, and one called Adiós Hemingway (I was reading the library book in English). The deal also included Mascara, which is a rather famous book about a transvestite who is persecuted in Havana for his lifestyle, and a little book of his original short stories. The guy gave me three magazines with stories about Padura, including one about Trotski, because Padura has written about him too, and one about the El Hombre Que Amaba a Los Perros, and an interview. The man also gave me a disk with a documentary about Trotski. He wanted to sell me more. 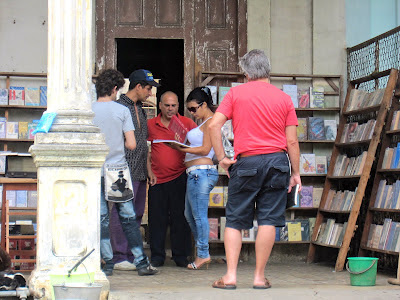 Then I went to a talk by Padura at the headquarters of UNEAC, which is an organization called the Union of Cuban Writers. The UNEAC building, in the Vedado area of Havana is a beautifully maintained old building. The room where the talk was held was packed with listeners and the Press. 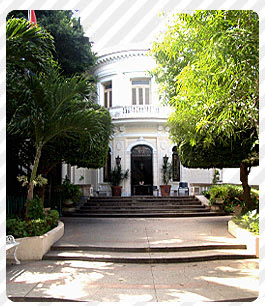 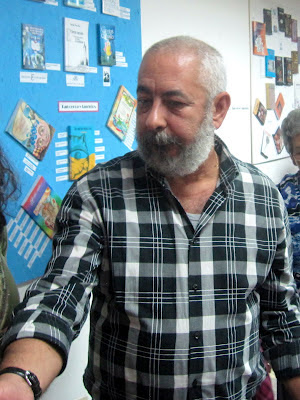