Today, Reinaldo drove me to Matanzas to see the town and a unique publishing house I had wanted to see, called Ediciones Vigía, where they make books by hand. Interestingly, I learned about it from a description of a tour for U.S. citizens that loosely followed the International Book Fair. I was curious about the little publishing house, and decided to get out of town. The Book Fair would be going to Matanzas later in the week.

The ride took about an hour and a half. We went through the tunnel under the inlet and past the Morro Castle that guards the inlet on the other side of the water from Havana, and towards the Playas del Este. The Morro Castle is next to the fort where the Havana Book Fair was held. But for this trip we continued easterly, towards Matanzas and Varadero.

Reinaldo brought his niece. She sat in the backseat. Police or army guards stand at checkpoints along the highway. Not long after we passed El Morro, a policeman walked into the road and motioned for us to pull to the side of the highway. Last year when I was being driven around Santiago the same thing happened, and the driver asked me for some change, and got out and went behind the car. No guard ever came to the car or asked me anything. Reinaldo didn’t ask me for money, but he went to the back of the car. I did not turn around because I didn’t know if the man had spotted a non-Cuban man and a Cuban looking woman in the car and that was the issue.

Finally, Reinaldo came back to the car. I said, “Was it about me?”

He swore, and said, “No, the son of a bitch said my front license tag is in the wrong kind of holder. I said I bought it in a legitimate shop.”

Renaldo continued muttering to himself and drove on.

We passed a large area called the petroleum area, where there are numerous small wells, on both sides of the highway, some just feet from the sea, pumping petroleum. There are distilleries, trucks for transporting, and workers waiting for buses near the manufacturing and distillery complexes. There were large chimneys, gaseous flames spouting into the sky, and huge complexes, all along the ocean. 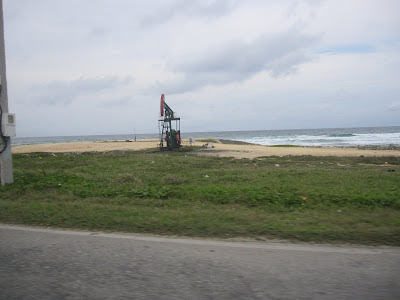 In an hour or so, we came to an inlet and turned to follow it in. In front of us was Matanzas. It’s a fairly sizeable town. We came to a square and I saw the name, “Vigía”. I said, "Stop. Maybe we are near the publishing house that has that name." But I found that the word was all over town. The first time I saw it, it was a shopping area. We stopped nearby and got out. We asked a couple of people. Somebody pointed down the street and said, “Go ask there.”

There was building a block long, with a restaurant called the Vigía. The next door in the same building was an art show. The next door was Editoriales Vigía. I had found it. It’s a small place, with a front room where they display the books and also create them. A man (who turned out to be deaf, so he couldn’t answer questions), had a number of thick pages in front of him, which were pages of a book. The books had print, but most also had some kind of design inside, as well as unique covers. Everything is made by hand, although the books are bound with a press. The people were friendly, and allowed me to look and take photos. 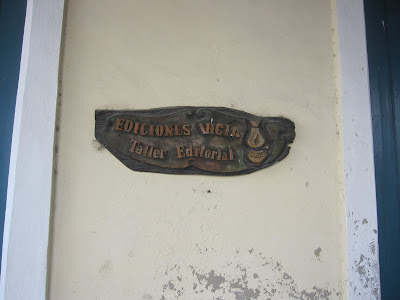 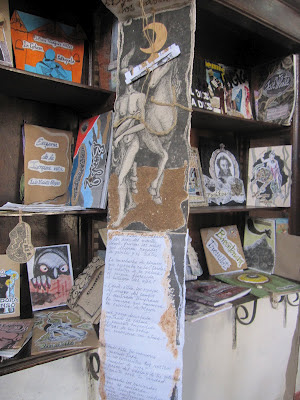 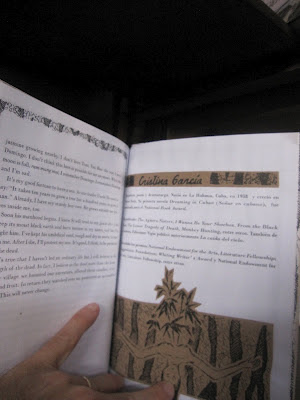 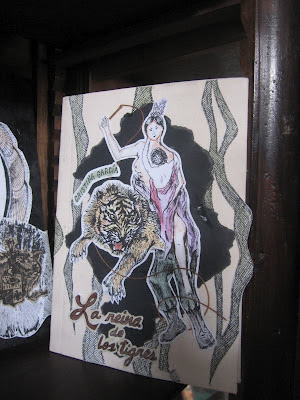 We then drove all around Matanzas and I took a lot of photos. 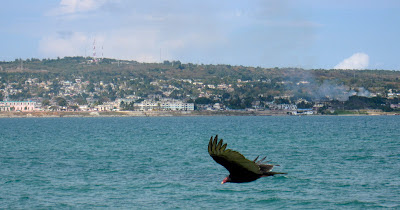 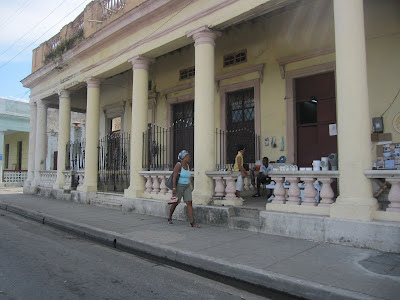 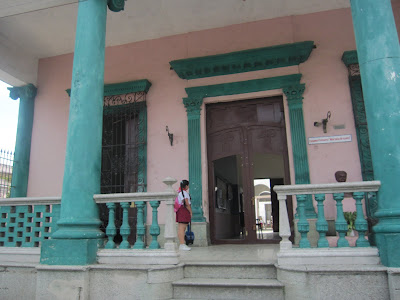 Reinaldo wanted to take me to a restaurant that was panoramic, which he also said made a delicious roast chicken. He stopped, asked somebody if a tall building was the polytechnic, and pulled in. The parking attendant hugged him like they must have been old friends. The restaurant was on the top floor. The attendant said the elevator was not working because there was no power for it. Reinaldo didn´t want to climb 13 floors, so we left. 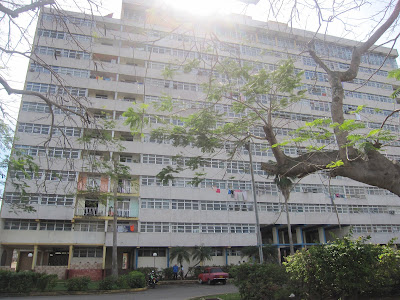 An hour later I was starving. We stopped at a place on the highway that had a great view of the sea, had coconut milk and pizza. 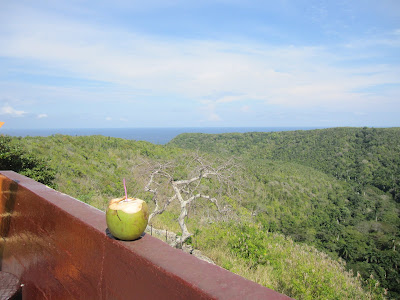 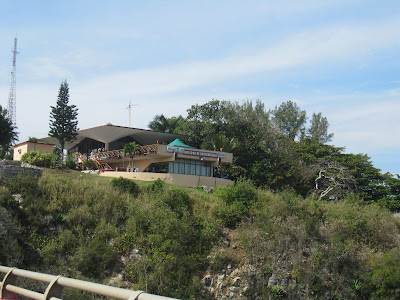 As we approached Havana, we were pulled over again. It was the same. Reinaldo got out, went to the back, and was gone for a while. Then I saw that he opened the trunk of the car, closed it, got back in, and drove. I said, “What are they looking for, a body.”

Email ThisBlogThis!Share to TwitterShare to FacebookShare to Pinterest
Labels: Matanzas and Ediciones Vigía