I arrived at the casa particular where I would stay. On my last visit, I stayed in a hotel, on the Malecon, not far from this place. A casa particular is a private dwelling that is licensed to rent rooms, like a bed and breakfast inn in other countries. It often is not really a “house”, but more like a condominium unit or large apartment in a building.

We arrived in the parking lot, which contained a number of rather beat-up cars. There were men cleaning cars, working on cars, and guarding the parking lot. We entered a condominium building, and took an elevator to the casa particular. It is a unit occupying an entire floor of a building. It has a large open living and dining room, overlooking the Malecon and the water, a kitchen and “maid’s” area to one side, and three bedrooms with private baths on the other side. 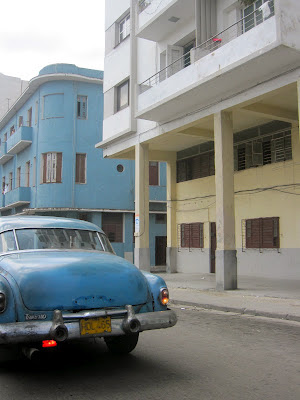 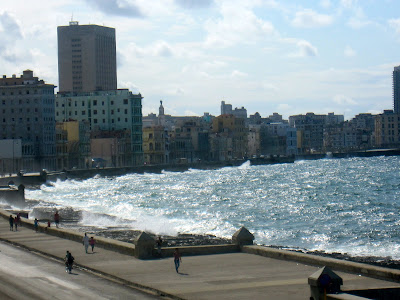 It was nicely furnished with older furniture, and nicely tiled. The owner and his wife and children were there – they live there. It seems that they occupy rooms themselves sometimes, but then move around when they have guests. Sometimes people occupy the former “maid’s” area. 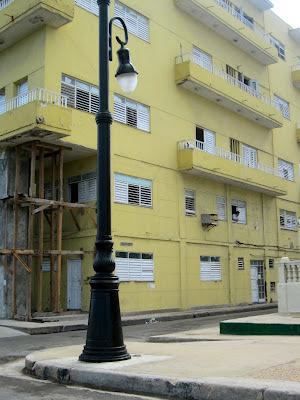 The bedroom was spacious, and the bathroom had been newly renovated. Since there was no way to pay anything in advance, I paid cash for the entire stay. The room cost half of what I had paid in the hotel, and breakfast would be an extra $5. I could also have dinner here if I wished, for $10. I wouldn’t call it luxury, but it’s clean and comfortable.

Note, the photos are not of the true building.