The Travels of the Virgen de la Caridad del Cobre 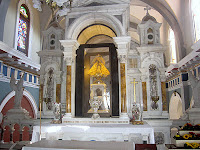 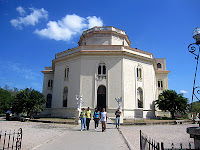 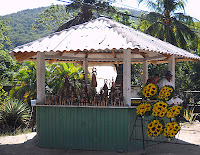 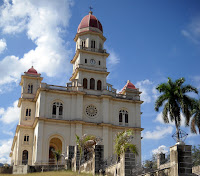 When I was in Cuba two years ago, we traveled from Santiago to the shrine of the Virgen de la Caridad del Cobre, the Patroness of Cuba. My mother had always invoked her assistance when a plane shook or when she needed help and guidance. Photos I took are below.

The Virgin has been on a journey around Cuba for the past year, preparing for the trip of the Pope. The trip was supposedly initiated in order to convince the Pope to visit, and now we know he will be in Cuba from March 26 to 28.

When the Pope arrives, he will go to Santiago first, and visit the Virgin in her shrine. Then he will go to Havana. The Virgin is traveling around with Cardinal Jaime Ortega and senior government officials.

No issue was reported on the Virgin’s visit to Havana, but there have been various news reports criticizing the alleged visit to a prison. As is typical, prisoners allege that the attendees at the celebration were planted --- guards dressed in prisoner uniforms. Only a few of the attendees were true prisoners.

Reports indicate that the Cardinal questioned the lack of a large audience, but nobody seems to know what he was told. Prisoners were locked in solitary and hidden away during the visit.

The Virgin has her own web page here