Want to Go to Cuba?

Franklin Marquez – Age –50’s; Birthplace – Santiago de Cuba, Cuba; Residence – Miami, Florida, U.S.; Lives with Wife and Children; Occupation – Attorney, Writer, Moderator of the Blog
Two years ago when I first returned to my homeland of Cuba, the U.S. government had recently relaxed the rules on travel to visit family in Cuba.  Although I flew on an American Airlines plane, it was actually a charter. One had to arrange the trip through a travel agent that was certified by the U.S. government to ascertain that the traveler qualified, and the travel agent also obtained the Cuba visa, unless the traveler was born in Cuba, in which case the Cuba rules are stricter, and the traveler had to make the contact.  A U.S. citizen, whether U.S. born, or naturalized, simply signs and carries an affidavit stating that he or she is visiting family under the rules. One must be related by blood or marriage to a resident of Cuba within three generations of the same ancestor.
Because there are no official relations between the two countries, there are no embassies or consulates.  Each country has an “Interest Section” in the other country, which acts like an embassy or consulate in issuing visas, etc., but is not called that.   The Cuban Interest Section is in Washington, D.C., and is not easy to contact.
Last year, a number of other travel opportunities to Cuba for U.S. citizens arose.  Whereas previously one had to be officially engaged in a particular occupation, or position to obtain a travel permit, the licensed travel agents began offering, directly and through various groups, all kinds of cultural and educational trips, for which anybody could qualify if they wanted to go. The U.S. Department of State expressed some concern about the number of tours, and questioned their validity.  But now there are more than ever.
As I mentioned last week, there is a trip coming up for the International Book Fair.  It has unofficial time at the fair on two afternoons in Havana and one afternoon in another city. For a week-long trip, the tour takes in all the tourist areas, and very little involving books. It actually does visit a unique publisher of books in a different city, which I would love to see.
There are now tours for U.S. citizens to see art, architecture, music, books, etc. etc. And there are still the “People to People” trips, church trips, mission strips, etc., etc.  Whereas two years ago I found one travel agent in Tampa, which actually arranged my flight through a travel agent in Miami, there are at least five official travel agents that I have found on the Internet offering family travel, and / or these other tours.  Whereas two years ago the only flight I found directly from the U.S. was the Miami to Havana flight that went and returned every morning, now Delta Airlines and other airlines offer flights.  One can now travel from Tampa, Atlanta, New York, and at least three other U.S. cities.  There are a number of times of day available. Some go to and from other cities in Cuba.
The company I used last time was ABC Charters in Miami.  There is also Marazul, which has a number of flights.  Authentic Cuba Tours offers packages for a variety of cultural purposes.  So does Insight Cuba.  And if you want to see more just Google it.
Two years ago, everybody was saying, “Wow, you went to Cuba.  What was it like?”  Now, I know more and more non-Cubans who have made the trip and know Cuba themselves.  Of course they know the tourist sites, and do not generally have the opportunity to talk to the people, visit homes, etc., like I do, but still, they get the flavor of this beautiful country and its people. 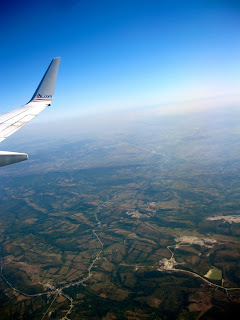 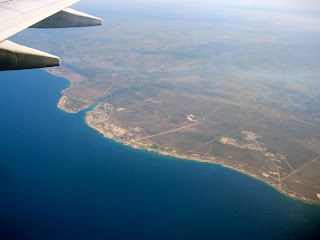