Report from Manuel Regarding the Exiles’ Fireworks Protest

Manuel – Age – 30’s; Birthplace – Santa Clara, Cuba; Residence – Havana, Cuba, Santa Clara, Cuba; Lives in Illegal Rental Units when in Havana, With Extended Family When in Santa Clara; Occupation – Was a Soldier, Worked Various Government Jobs, Jinitero, Not Officially Employed
[translated from Spanish, and grammar fixed up a bit]
December 11, 2011
Hola, Franklin,
We have never talked since you left. I’m still hanging around outside the Hotel Deauville, doing what I do to make a living.
Tonight was a historic night in Havana. Talk on the street has been crazy all day. First, there was a protest at Laura Pollan’s house. That’s not the first time. You know who she is, right?  The “Ladies in White” founder? She died recently.  The Ladies were marching.  They and others stood facing the street, reading a declaration about human rights.
A band of pro-government demonstrators faced them, taunting, yelling, throwing things. The ladies tried to yell louder.  Some male supporters tried to help them, but reading louder. The pro-government people yelled louder.  I stood to the side and watched, but then decided to get out of there before the police showed up and put me and others in jail.
I went down to the Malecón, in front of Hotel Deauville, where I always hang out. There weren’t many people out.  It was raining. Somebody said, “Hey, let’s go up by the statue of Martí.”
You know. That’s the one where he’s holding a kid and pointing --- some say taunting --- the American Interest Section.
The kid says, “That’s where the action will be.”
So we walk west, fast, on the Malecón, hoping to see some action, but not to be arrested.
We get up there, and there are some t.v. people, being interviewed, in front of cameras, with the water behind.  We get close.
A t.v. lady says to my friend, “What do you think of the flotilla’s plan to shoot fireworks?”
He says, “Viva Cuba. Abajo with Fidel and Raul.”
I cringe, and look around, afraid to get beaten by police.
I don’t see any police, but a crowd of people comes running towards us.  They look angry. They don’t touch us, but they push the t.v. people. A t.v. person shouts, “We are credentialed news…” He gets punched in the face. The camera crashes to the ground. They twist the arm of the news lady. It’s bedlam. We decide we shouldn’t be there, and we slip away.
I’m sorry for not defending the news people, but hey, I gotta protect myself --- you know.  The police wouldn’t have worried about who was doing what.
Anyway, we went back to down towards the Deauville a bit. It wasn’t raining that much.  Then, we saw the first big light in the sky. It was like a ball – like a full moon.
It was pretty exciting.  A bunch of young guys and some girls were running around, pointing, laughing, saying stuff like, “Look, they are almost here.  Man, you think we could swim out there and escape from this hellhole?”
Well, we couldn’t escape. And they couldn’t get closer, but they sent us a message. 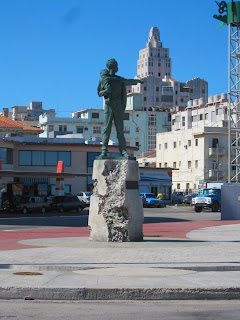 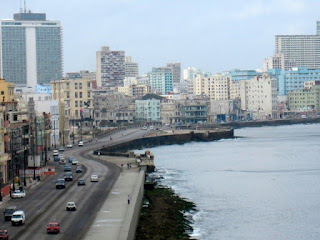 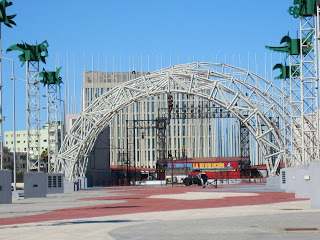