Report From Oswardo – My Escape to Venezuela and Return To Cuba

November 20, 2011 – Via E-mail
Oswardo – Age – Late 20’s; Birthplace – Havana, Cuba; Residence – Havana, Cuba; Occupation – Student, Computer Science; Husband of Yoana
I’m so sorry to say that I just couldn’t stay away from my family and Cuba, and I have returned. I hope you will forgive me. I know you gave me the money to deposit, with good intentions, hoping to improve my life and eventually the lives of my family. But it was just too much for me.


As you know, I have never known any life but life in Cuba after the “Revolution.” That means I went to school, was indoctrinated in Communism, served in the military forces, was working on a college degree and working at the university. I’ve lived all my life in the decrepit little apartment where my mother was living in 1960. The neighborhood has not been maintained at all since that time. The side wall has a huge hole. The front door is a gate with a padlock. The television is an ancient black and white model with rabbit ears, which shows only communist propaganda. The government supplies a salary in pesos Cubanos for my mother (half wage because she’s retired), for me (lower wage because I am a student) and my wife (a higher wage by about $5 a month because she’s a doctor). We have a young child in the house, so we are entitled to a little milk and beef, which we would not be allowed otherwise. Life is hard in Cuba. Everything involves dealing with interminable waiting, and long lines. But it is a simple life. There is no danger, little crime, and no lack of basic necessities, at least from our point of view. When something is not available, we know how to deal with it and we employ alternatives.
But I found that life in Venezuela was not easier. In fact it was harder. At first I was enamored with the material things. A year earlier, I had left Havana for the first time, with you, Franklin, to explore Santiago de Cuba. As you recall, I had to ask you how to use the electronic room key because I had never seen one, and had never been in a hotel room, since it was illegal to do so two years ago. The hotel had a color television with satellite, which showed VH1, an incredible station showing music videos, which I had never seen. You brought me an I-Pod, something I had never had, loaded with music. My favorite was the album Shaman by Santana. Even though it was not new music, it was new to me, and included a Latin rhythm and instruments with rock characteristics as well. Incredible. You probably also remember our breakfasts at the rooftop restaurant of the Casa Granda Hotel in Santiago, and how every morning I devoured bacon because I had never seen or tasted it before. I had never been to a restaurant other than those that take Pesos Cubanos until we walked Havana together and traveled to Santiago.
When I arrived in Venezuela, I was again enamored by all these things, and many more. But my life was different. I could not enter the university. I was expected to find and work a capitalist job. I know Venezuela is becoming more like Cuba every day, but in many ways it is not at all like Cuba. People own, buy and sell property. They have money to buy groceries, cars, etc. Although often there are food shortages, to me, the shelves had a hundred times what we usually can find in Cuba. My relatives wanted me to help wash a car, and then were not impressed with how I was doing it. I’ve never owned or washed a car before. There are no cars in the inner city where I live in Cuba. I’ve only been in a few cars, and they were taxis. I was in taxis more while you were in Cuba, Franklin, than I ever had before. We Cubans walk or take the GuaGua (bus).
Also, long lines exist in Venezuela. One pays the utility bills at the bank, after waiting in an interminable line. One cannot expect anything to arrive by mail. Hundreds of people are killed weekly in robberies in Caracas. It is one of the most dangerous places in the world. People who own jewelry cannot wear it. People with cars cannot park them anywhere. Walking on the street is unbelievably dangerous.
I was feeling pressure – to act like I’d been raised in a capitalist country, to work, to be different than I am. But most of all, I desperately missed my wife and child. You had given me the amount of money I needed for my wife’s exit visa as well as mine, and our child would have been able to exit with us. When I started the visa process, I thought my wife and child would come with me. I was only worried about leaving my mother behind. But then I learned that my wife would not be able to come, and of course, that meant my child would remain in Cuba too. I learned that it would take years to get them out. I know many other people, including family members, who have done that – the father left and seven or more years later extricated the others - but I couldn’t bear it.
So I have returned to Cuba. Here I am, in Havana, chagrined, embarrassed and sorry. I hope you understand that I just wasn’t prepared for the differences, and I just couldn’t bear to be without my family. 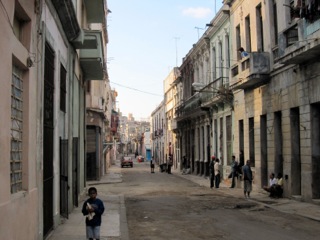 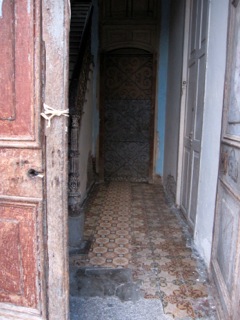