The government of Cuba announced this week that real estate transactions are now legal, with conditions.  This is not the first time this topic has been raised in recent months.  But the changes are official as of November 10.
In the 60’s, the government confiscated properties, including farmland and properties of those who left the country, and imposed severe restrictions on sale at the same time.  Until now, people were allowed to trade properties through a complicated procedure called Permuta.  But now sales of real property for money have not been allowed.
Of course, there are restrictions. Just as proprietors of Paladares  (private homes licensed to serve food) must make deposits at the national bank, so the government can monitor and tax such businesses, the same applies to real estate transactions.  The bank will charge a service fee, and collect an 8% tax.  Also, a person is allowed to own only two properties at one time, one in the city and one in the country.  Another restriction is that one must be a resident of Cuba to qualify. Ex-patriots are not eligible.
The change in real estate law follows changes allowing Cubans to operate certain businesses, and to buy and sell cars.
Discussions were posted on this blog quite a few months ago when the new law was first announced. Now, the same two sources, Time Magazine, and Generation Y, Yoani Sanchez’s blog, have posted stories.
Generation Y again posted potential issues arising from the new law.  She says that on the long walkway through Havana, between Centro Havana and Havana Vieja, known as El Paseo del Prado, “has been unsettled for the last couple of days, and not just because of the hustlers hustling and the hookers trolling for tourists. … In the spontaneous housing exchange that exists on this pedestrian promenade bordered by bronze lions, the curious ask about the details of a measure undoubtedly more flexible, but still insufficient. They want to know if the property title that they have in their hands grants them, starting now, full rights to assign, inherit or sell their houses. In a nation that has lived for decades with a frozen real estate market, they find it hard to believe that everything will be as easy as some speculate, or as legal as the Ministry of Justice assures us.”
“One of the principal fears on the street now is concern about how the Central Bank will rule on the legitimacy of money used to buy real estate. Because for every transaction of this type the cash must first be deposited in an account and the distrustful clients of our banking system fear that it could end up being confiscated if the State decides it didn’t come from “clean” sources. But to every risk people will respond with some kind of trick, so I imagine that from now on the funds declared and placed in the bank will be a half or a third of the real cost of the house. The rest will pass from one hand to another, from one pocket to another. For too long we have behaved like outlaws in this area, so one shouldn’t expect that starting now everything will be done according to the 16 pages of the new decree.”
The Blog also says the law allows one to sell before permanently leaving the island, which was not permitted previously.  The blog says, “Thousands of Cubans have been waiting for this signal, like runners crouched at the starting line waiting for the gun to go off.”  It also says the law will allow transactions only in certain areas.
The link to the Time Magazine full article:  Cuba to Allow Sale of Real Estate
The link to the full Generation Y blog:  The Starting Line 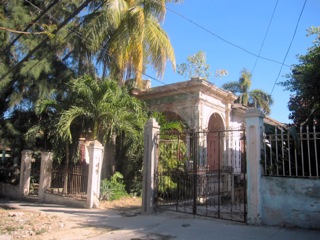 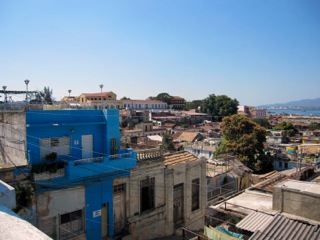 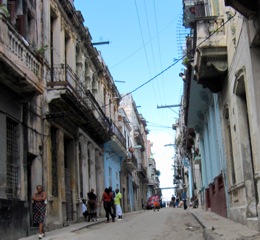