Franklin Marquez – Age –50’s; Birthplace – Santiago de Cuba, Cuba; Residence – Miami, Florida, U.S.; Lives with Wife and Children; Occupation – Attorney, Writer, Moderator of the Blog
Some friends who have never been to Cuba, do not live in Miami, and have no connection or past history with the country recently traveled to Havana as part of a museum trip. The trip was actually organized through a religious group.
I wanted to learn about their impressions, so I went and met with them. As I expected, they visited only tourist areas and did not see the parts of Havana that I did. But their impressions are interesting.


I saw all their photographs, which were much like those I took in the tourist areas. They had photos of El Morro, el Castillo de la Real Fuerza, La Floridita restaurant, Hemingway’s room in the Hotel Ambos Mundo, Plaza de Armas, where people sell books, magazines and propaganda, and there are posters of and books about Ché Guevara, Fidel, and Russian communists. My friends stayed at the Hotel Nacional, which I had only seen from the outside. It was elegant. I saw gardens, views of the ocean from their room, and a lot of sites more beautiful than I saw in my hotel.
They also went to La Playa, where the tourist hotels apparently line the beach, and saw Hemingway’s house. Why didn’t I go to Hemingway’s house when I was in Havana? Because my guide was my cousin, who grew up in Havana under the current regime, and Cubans have always been forbidden, and are now at least discouraged, from going there. The beaches are across the inlet from Havana VIeja, via a tunnel. You have to go there to visit El Morro Castle.
Oswardo had shown me that Cubans swim in the rocky beach near there. But he did not feel comfortable going beyond this area on the road to the beach hotels. Maybe next time I go, I will visit the area, but I imagine it’s not much like Cuba. It could be a resort beach anywhere.
They told me about eating in a beautiful paladar (private home that serves meals under a license), overlooking the ocean. They said the meal was delicious, and they had steak. Although I did have one decent meal in a small paladar in Havana, it certainly was not gourmet food and did not have a view.
They also told me when they were leaving the country they learned that it is illegal for a Cuban to eat beef, and they were surprised about the meal they had eaten. I confirmed that it was true. There is no beef for Cubans, and if they get their hands on some, they’d better be careful having it in their possession. And the aroma of meat cooking would certainly arouse the attention of the neighborhood spies of the Committee for the Defense of the Revolution. I was told that possessing beef could bring three years in prison. 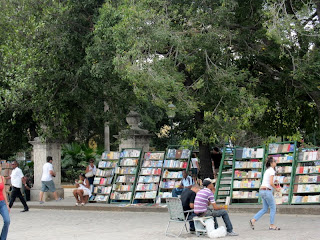 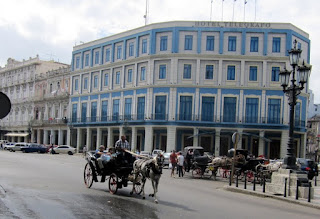 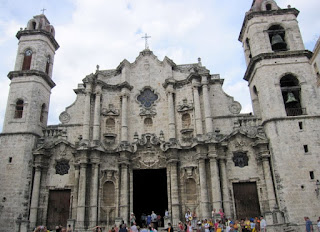