Report from George  – Aboard the Shirley Lykes –
George – Age 70’s. Birthplace – Baton Rouge, Louisiana, U.S.; Residence –– Daytona Beach, FL; Occupation – Merchant Seaman for the Lykes Company, now retired.
Franklin, you asked me to write about the trip to Havana and back on the Shirley Lykes in January of 1963.  I was a merchant seaman in the U.S. for many years.  I began working for the Lykes Company in the late fifties. The ship transported its products, as well as others around the U.S. and the world. We regularly traveled to and from Louisiana, the northeast, including Canada, Panama and the far east  All the ships were named after Lykes family members.  I was assigned to the Shirley Lykes in 1962.  In January, 1963, we began an interesting trip, which we were told little about beforehand.
I took video of the entire trip, and all the people, and I still find it very moving.
We docked at Port Everglades, and took on a great number of crates and flats of supplies. Our orders were to deliver them to Havana, Cuba.  We also learned that we were bringing back passengers.  We had a medical flag flying, but otherwise, we were the Shirley Lykes, a cargo ship.
As always, the men enjoyed watching and videoing the shore as we arrived near Havana.  I knew nothing about it at the time, but I learned that the Capitolio, which is their congressional building, and looks uncannily like the U.S. Capitol, stood prominently a mile or so inland, but its dome towered above everything in front of it.  We saw other landmarks, like the Hotel Deauville, Hotel Nacional, and other tall hotel/casinos that were off the waterfront.
As we entered the inlet and harbor, we passed the majestic Morro castle, a fort guarding the harbor on the port side, and the other forts and buildings of Old Havana on the starboard.  As we arrived at our dock, a large number of military personnel and government officials stood waiting. Our cargo was unloaded and moved into buildings by forklift.  This took many hours.
We went out into town two days in a row, and I took videos of everything.
Once the cargo was off and put away, cots and portable toilets were set up in the open cargo hold, shielded from the elements by walls, but with no cover over the middle area.  The toilets were the kind one would put over a real toilet, but in this case, we, the mates on the ship, and medical personnel, attached plastic bags to the bases of the toilets, and placed them in the open area among the neatly aligned cots.
Then people began arriving.  We learned later that they were mostly family of political prisoners, who would be arriving later directly from prison.  Most of the men, and even the boys, wore suits and ties. The women were dressed in beautiful dresses. They carried one or two large suitcases.  Guards stopped and searched them before they got on board, confiscating jewelry and items of value, and usually keeping the suitcases themselves. Prior to their arrival, as part of obtaining a visa to exit, the people were also required to sign over their homes, cars and everything they had. Then a caravan of police cars and prison buses arrived, bringing the prisoners. Some of the people on board, both prisoners an non-prisoners were aged, ill, or injured, and there was medical personnel to assist them.  Some boarded on stretchers.
The people were happy during the crossing. They applauded leaving and arriving. They allowed me and others to take photographs and videos.  Children played with toys on the cots during the crossing.
Arriving in Port Everglades, family members and officials lined a waiting area.  I managed to get off the ship before embarkation, and videoed everybody arriving on free soil.  Many of the women removed their high heels before climbing down the stairs, so they first touched U.S. soil barefoot.  It took a long time for all to disembark. But it was a joyous occasion, especially for those who had family waiting for them, whom they obviously were not sure they would ever see again. Again nurses and medical personnel had to help the infirm.
I have created some shorter videos of Cuban people arriving at the ship in Havana and disembarking in Port Everglades, Florida. I have pulled out some still shots of the people, and attach a few of them.  Anybody who recognizes themselves or their families, write to the publisher of this blog ----armstrongmediagroup@gmail.com. We will be happy to share more., and would love to hear stories from those who were there.
Editor's Note:

On January 24, 1963, the Associated Press issued the following story regarding the Shirley Lykes trip:

"Hundreds of Cubans Due for Trip to Miami:

Havana (AP) Hundreds of Cubans leaving for the United States aboard the American freighter Shirely Lykes hurried to comply today with the Castro regime's departure requirements.

Under recent regulations they were required to forfeit their homes and automobiles to the state and to pay all utility bills before leaving. they were allowed to take no jewelry and were permitted only three changes of closing.

No sailing time was announced for the Shirley Lykes, originally expected to leave Wednesday night with 900 to 1,000 relatives of the recently released Bay of Pigs invaders aboard.  The Red Cross in Miami said it hoped to announce a sailing date today.

The 400 foot freighter is expected to take the Cubans to Port Everglades, Florida.

The ship reached Havana Friday with more than 7,000 tons of food and medicines as an installment on the ransom for the 1,113 Cuban invasion prisoners freed last month.

The American Red Cross, which sponsored the voyage, flew in a medical team Wednesday equipped with cots and blankets to aid the refugees on the 12 to 14-hour return trip.

Red Cross officials said the delay in departure was due to necessary clearances and internal transportation problems. A Red Cross spokeswoman said many prospective passengers had to travel to Havana from distant points.

The Pan American Airways plane which flew in the cots and blankets returned to Miami Wednesday, as expected, with 100 passengers. ...."

All the photos are of people arriving at the ship, or on the ship preparing to depart. 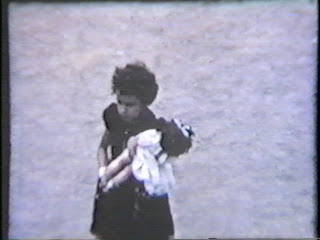 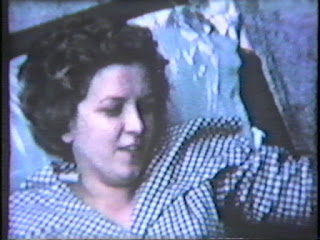 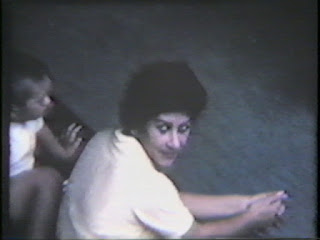